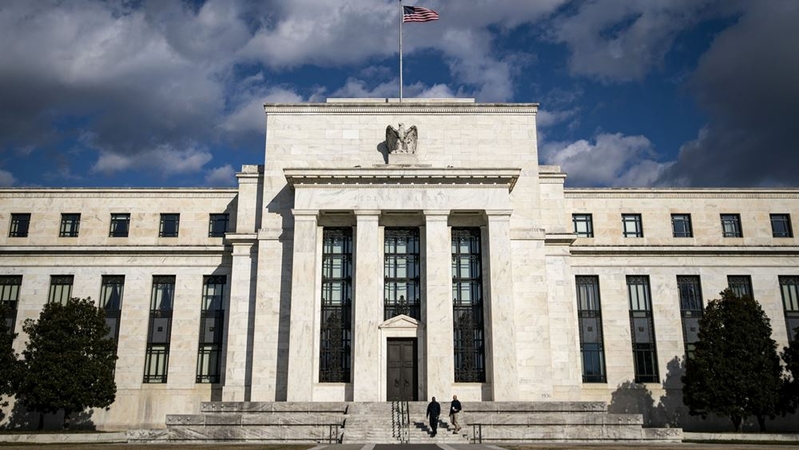 The unprecedented $9 trillion rescue mission by central banks to haul the world economy from its coronavirus recession is being tested as rising bond yields and inflation bets threaten their ability to keep borrowing costs down.

While Federal Reserve Chairman Jerome Powell this week called the recent run-up in bond yields "a statement of confidence" in the economic outlook, other counterparts are sounding less sanguine as their recoveries lag that of the U.S.

European Central Bank President Christine Lagarde said Monday that she and colleagues are "closely monitoring" government debt yields. The Bank of Korea warned it will intervene in the market if borrowing costs jump, Australia's central bank has been forced to resume buying bonds to enforce its yield target and the Reserve Bank of New Zealand Wednesday promised a prolonged period of stimulus even as the economic outlook there brightens.

The bond market isn't listening, tumbling again on Wednesday. U.S. 30-year Treasury yields surged as much as 11 basis points to 2.29%, their highest level since before the coronavirus-induced meltdown in March. The rate on similar-dated U.K. bonds also soared, with Germany's following suit.

Because government borrowing costs are used as the benchmark for pricing loans to businesses and consumers, any increase in yields trickles through to the real economy. That counters the campaign by central banks to drive recoveries with cheap money, potentially forcing them to deliver even more stimulus at some point.

"It's the U.S. bond market pulling up global bond yields, and in some cases in ways that are moving faster than they'd like," said Ethan Harris, Bank of America Corp.'s head of global economic research. "If you're in countries outside the U.S., you're looking at this as kind of an unwelcome import."

In the U.S., 10-year Treasury yields have risen more than 50 basis points since the end of December as its economy shows signs of improving, vaccinations roll out and lawmakers ready even more fiscal stimulus. Economists at JPMorgan Chase now see growth of 6.2% this year, up from 4.2% at the start of the year.

More broadly, the yield on the Bloomberg Barclays Global Aggregate Index, which includes investment-grade sovereign and corporate debt, has risen 20 basis points this year to above 1%. That follows a 62-basis-point decline in 2020.

The jump in U.S. yields threatens to drag up other markets, challenging the policies of the ECB, Bank of Japan and Bank of England, Krishna Guha and Ernie Tedeschi of Evercore ISI told clients in a report this week. That's a worry for those policy makers whose focus remains more on stoking growth than containing any nascent inflation pressures.

The ECB could be in a particularly uncomfortable spot as it has pledged to keep financing conditions "favorable" through the crisis and is already facing a weaker recovery than counterparts.

Yields on 10-year German government bonds have climbed above -0.3% this month from -0.6% in November while equivalent French yields are now barely below zero, compared with -0.3% three months ago.

One option for the ECB is to accelerate bond buying via its pandemic emergency purchase program. Another is to strengthen its message on how long it intends to keep interest rates low.

"The ECB has a number of potentially powerful options in its toolbox to anchor bond yields," said Nick Kounis, head of financial markets research at ABN Amro Holding.

In Japan, where investors are nervously awaiting the outcome of the central bank's policy review, yields for 10-year bonds rose to 0.12%, the highest level since Nov. 2018. That's still within officials' comfort range of 20 basis points on either side of its target, but some market participants forecast the range to be expanded with the BOJ announcement on March 19.

Higher Treasury yields are also a threat for emerging economies, where historically they sparked currency volatility and choppy capital flows, especially for countries that rely on external funding. That then slows expansions, as happened in 2013 when concern the Fed was pulling back triggered a ripple effect.

Bloomberg Economics predicts the central banks of Argentina, Brazil and Nigeria will all turn more hawkish this year.

"The Fed remains in a more comfortable position compared to many of its peers in emerging markets," said Frederic Neumann, co-head of Asian economics research at HSBC Holdings Plc. "Inflation in the U.S. is far better anchored than in small, open economies."

Some economists say the yield moves and the bets on an inflation revival may mark something of a turning point for the global economy.

"Central banks are now throwing the kitchen sink at beating deflation and disinflation just as they threw it at high inflation in the 1980s and early 1990s," said Shane Oliver, chief economist at AMP Capital Investors Ltd. in Sydney. "There is a strong case to be made that the disinflation seen since the 1970s is coming to an end and that the long-term trend in inflation is at or close to bottoming."

Still, others point out that disinflation forces will linger, especially as labor markets remain weaker than before the pandemic and full economic recoveries hinge on successfully controlling the virus and delivering vaccines.

"I am still not so sure whether the recovery-related steepening of the curve will be long lasting," said Alicia Garcia Herrero, Asia Pacific chief economist with Natixis. "There are a number of risks that might bring us back to a less upbeat scenario."