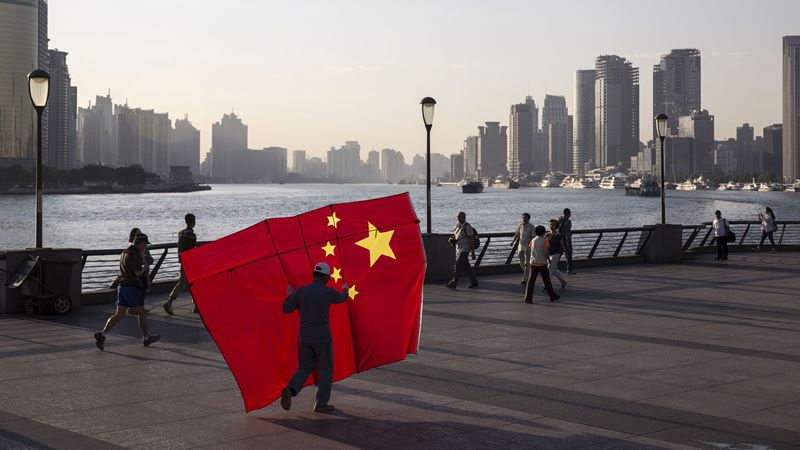 China stocks jump most since July amid record foreign purchases

Chinas equity benchmark rallied by the most since July as investors piled into stocks amid attempts by policymakers to contain commodity prices. The yuan also advanced to its strongest since 2018.

The CSI 300 Index closed 3.2% higher at its strongest since early March, driven by gains in consumer staples equities. The surge came as overseas investors net purchased 21.7 billion yuan ($3.4 billion) worth of A shares via links with Hong Kong on Tuesday, the most ever.

Meanwhile, the offshore yuan climbed 0.2% against the dollar, breaching the 6.4 level. The gains spurred attempts by state-owned banks to slow its appreciation. At least three institutions were seen bidding for the dollar in onshore markets below the 6.4050 level, traders said. This followed earlier attempts in the day to slow the advance, traders said.

The Chinese currency has rallied more than 2.5% in offshore markets this quarter, making it the best performer in Asia. Foreign funds have piled into the yuan as the economy strengthened and as they sought higher yields. Recent comments by a central bank official in a state-backed magazine -- which was later retracted -- have also stoked expectations that it could let the currency strengthen to offset higher commodity import costs.

"The strong buying of foreign investors in A-shares via the trading links has a lot to do with the stronger yuan," said Jackson Wong, Amber Hill Capital Ltd.'s asset management director. "There has been expectations that China may allow the yuan to strengthen a bit to counter the import inflation."

Financial stocks were also among the best performers on Tuesday, with a Bloomberg gauge of brokerage shares rising as much as 4.2%. The gains came as Shanghai announced plans to establish itself as an asset management hub. CSC Financial Co. rose by the daily 10% limit.

"Sentiment has stabilized and some heavyweight stocks have corrected from their intra-year highs," said Linus Yip, chief strategist with First Shanghai Securities. "It's not surprising that some long-term institutional investors will buy them at current levels."