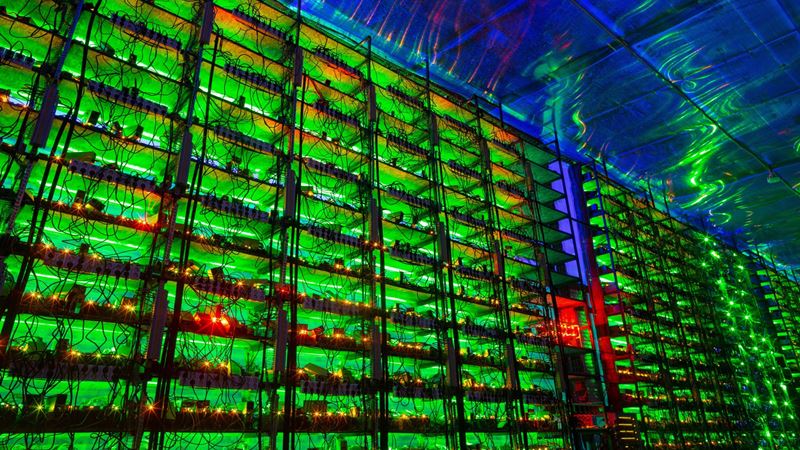 Bitcoin fluctuated around the $40,000 level as chartists refocus on key technical factors that may provide clues on where it can go next.

The Bloomberg Galaxy Crypto Index advanced 6.2% -- also down from highs of as much as 11% reached earlier in the session. The gauge had one of its worst stretches ever last week.

"We're going to see this volatility story play out in decreasing manner as the maturity of the sector evolves," Caroline Bowler, chief executive officer of BTC Markets, said on Bloomberg TV. "But it's certainly a feature that's going to be sticking around for the shorter term."

As digital coins claw back losses, some cryptocurrency adherents are taking the latest swings in stride.

"Bitcoin is infamously volatile, people are aware of that. I wouldn't be dissuaded by it -- it's kind of a know feature of the system," Nic Carter, founding partner at Castle Island Ventures, said on Bloomberg TV. "For something that is absolutely scarce, where there's no possible supply response to changes in demand, it's going to be very difficult to accommodate new inflows without that being expressed in volatility."

Home to a large concentration of the world's crypto miners, China has long expressed displeasure with the anonymity provided by bitcoin and other crypto tokens. The latest blow came last week when the country reiterated a warning that it intends to crack down on cryptocurrency mining as part of an effort to control financial risks.

Other commentators are more circumspect about the recent swings.

The end of bitcoin's streak "above the 200-day average, and the gigantic spike in volatility, are not good signs if history is any kind of a guide at all here," Sundial Capital Research Inc. founder Jason Goepfert wrote in a note.

Musk in February plowed $1.5 billion of Tesla's corporate cash into the token and said the electric-vehicle maker would accept it as payment, before rescinding the latter decision this month.

While Musk has since said he strongly believes in cryptocurrencies as long as they don't drive a massive increase in fossil fuel use, digital tokens are still nursing losses from his spate of recent actions and comments.

The volatility, regulatory scrutiny and worries about bitcoin's environmental profile have dented the argument that the largest token will inevitably draw more mainstream investment.

Over longer time periods, virtual currencies are still sitting on big gains. Bitcoin is up 358% in the past year, Ether more than 1,300% and meme-investment Dogecoin some 14,000%.