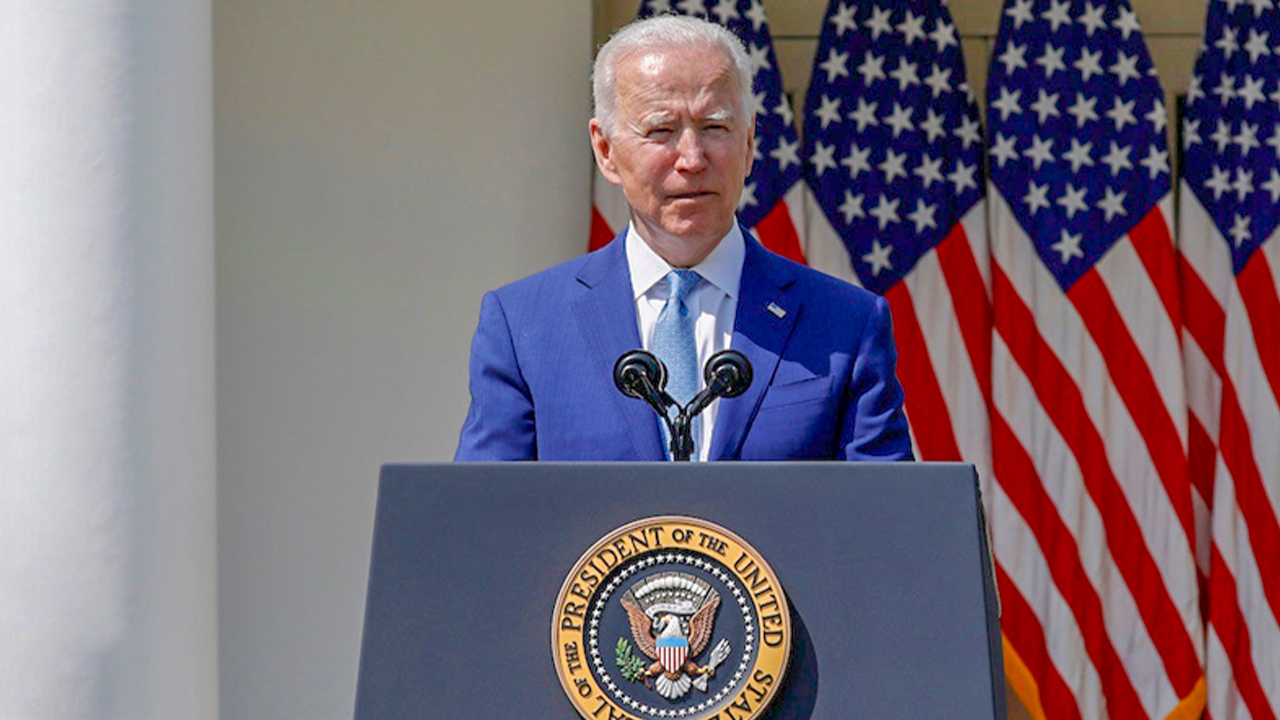 WASHINGTON - The Biden administration is expanding a Trump-era order that banned U.S. investment in Chinese companies that support Chinas military to include those selling surveillance technology, calling the entities a threat to U.S. interests and values.

A new executive order released Thursday broadens prohibitions that Donald Trump's administration enacted and moves authority for the ban to the Treasury Department from the Defense Department, to give it stronger legal grounding, senior administration officials said. They spoke on the condition of anonymity to preview the order before its release.

The new order "prevents U.S. investment from supporting the Chinese defense sector, while also expanding the U.S. government's ability to address the threat of Chinese surveillance technology firms that contribute - both inside and outside China - to the surveillance of religious or ethnic minorities or otherwise facilitate repression and serious human rights abuses," the administration said in a fact-sheet describing the ban, which takes effect on Aug. 2.

The executive order does not provide detail on how the surveillance technology has been used, but U.S. officials have frequently expressed alarm over facial recognition and other surveillance tools that China has employed against its Uyghur minority population, and against pro-democracy protesters in Hong Kong.

Chinese companies also export a range of technology that can be used for surveillance, a development that Secretary of State Antony Blinken has said is contributing to a global competition between "techno-democracies and techno-autocracies."

The preservation of the Trump ban is another sign that President Joe Biden is continuing his predecessor's tough approach toward China. Biden has also maintained import tariffs that Trump levied on many Chinese goods, and in March implemented a separate Trump executive order by sending subpoenas to several Chinese companies to seek information on possible national security risks.

"This looks to be another example of the Biden administration taking a Trump policy and improving and expanding it," said Eric Sayers, a visiting fellow at the American Enterprise Institute.

But some lawmakers were skeptical that the order will be an improvement.

"We know for a fact that Wall Street is helping to finance the Chinese Communist Party's effort to weaken and ultimately replace American leadership," Sen. Marco Rubio, R-Fla., said in a statement. "The story of the past two decades has been America's unwillingness to confront Beijing's exploitation of our legal, political, and financial systems. While the administration updated the Trump-era policy in important ways, I am very concerned that President Biden's Treasury Department is too closely aligned with Wall Street to take the actions necessary to prevent American savings from being used to fund the Chinese Communist Party."

Senior administration officials said it was important to move the program to the Treasury Department because companies included on the Trump administration's Defense Department list, including smartphone manufacturer Xiaomi, had successfully challenged their inclusion in court.

Treasury has more experience drafting sanctions programs "in a way that meets all the U.S. judicial and legal standards," said one Biden official.

The Biden administration did not include Xiaomi on the list of 59 prohibited companies it released Thursday.

David Feith, who was a senior Trump administration official, called the Biden administration's maintaining and broadening of the order "a welcome thing."

Former deputy assistant secretary of state for East Asian and Pacific Affairs, Feith said "it reflects the strong degree of bipartisan concern in Washington about U.S. capital flows and U.S. economic ties with China's military and its sprawling security and surveillance state." But he also said the shift of enforcement from the Pentagon to Treasury might complicate implementation because "the Department of Defense takes a fundamentally national security-focused perspective on things and Treasury traditionally does not."

A number of the companies on the list are either state-owned or privately held, meaning that they don't sell stock to outside investors. Yet some of these entities have issued or guaranteed bonds on international markets.

Huawei Investment & Holding Co., Ltd., for instance, acted as guarantor of a $5 billion bond issued in Hong Kong in 2017, according to the company's website.

The Trump administration last year banned U.S. technology exports to SMIC, saying they could benefit the People's Liberation Army. Most modern weapons systems are powered by computer chips. SMIC at the time said it has "no relationship with the Chinese military and does not manufacture for any military end-users or end-uses."

But the administration also failed to include some companies that were on the Defense Department list, notably Sugon, which the Commerce Department in mid-2019 subjected to export controls for "activities determined to be contrary to the national security and foreign policy interests of the United States." Several lawmakers last year said that Sugon was a "key enabler" of China's hypersonic glide vehicle testing program to aid Chinese nuclear weapons simulation testing. The New York Times last year reported that Sugon's supercomputers help power the Urumqi Cloud Computing Center in Xinjiang, where Chinese authorities monitor massive amounts of surveillance footage.

Several other companies that appeared on the Pentagon list are absent from Treasury's. They include Commercial Aircraft Corporation of China, Advanced Micro-Fabrication Equipment Inc., and China National Chemical Engineering Group Co.

The listed companies either didn't immediately respond to requests for comment or couldn't be reached for comment after hours in China.

Asked about the Biden order, details of which were reported earlier by Bloomberg, Chinese Foreign Ministry Spokesman Wang Wenbin told reporters on Thursday: "The U.S. should respect rule of law and the market, correct its mistakes, and stop actions that undermine the global financial market order and investors' lawful rights and interests. China will take necessary measures to firmly safeguard Chinese enterprises' legitimate and lawful rights."

Biden administration officials said any U.S. investment in funds that contain the banned securities also will be prohibited.

The officials said they expect to place additional companies on the list, a move U.S. Sen. Tom Cotton endorsed in a statement to The Post. "The U.S. government must continue to expand this list of CCP-controlled companies, as well as harmonize the various restriction lists maintained by the Pentagon, Commerce, and Treasury departments," Cotton said. "It's imperative that the United States stop arming and funding the genocidal regime in Beijing."