BERLIN -- Huawei CEO Richard Yu announced the world’s first commercialized 5G system-on-chip during his keynote speech at IFA 2019, darting ahead of competitors Samsung and Qualcomm in the race.

The flagship Kirin 990 and its 5G version will power Huawei’s Mate 30 when the new phone is unveiled in Munich, Germany, on Sept. 19.

“We don’t know when Samsung’s chip will be available -- our chipset is available now,” said Yu on the opening day of IFA 2019, calling the Kirin 990 “the best 5G solution today” with less board area and improved power consumption efficiency with ultra-speed downloads.

Samsung was considered to be ahead in the game when it announced the Exynos 980 chipset with built-in 5G earlier in September. The Korean tech giant had promised the chip’s commercialization within the year, but Huawei’s imminent launch of the Kirin 990 next week appears to have overshadowed excitement for the Exynos 980 for now.

As for US chip producer Qualcomm, its Chairman Cristian Amon introduced in a subsequent keynote address following Huawei’s that the upcoming Snapdragon 7 series platform with integrated 5G is expected to be commercially ready by the fourth quarter of 2019. 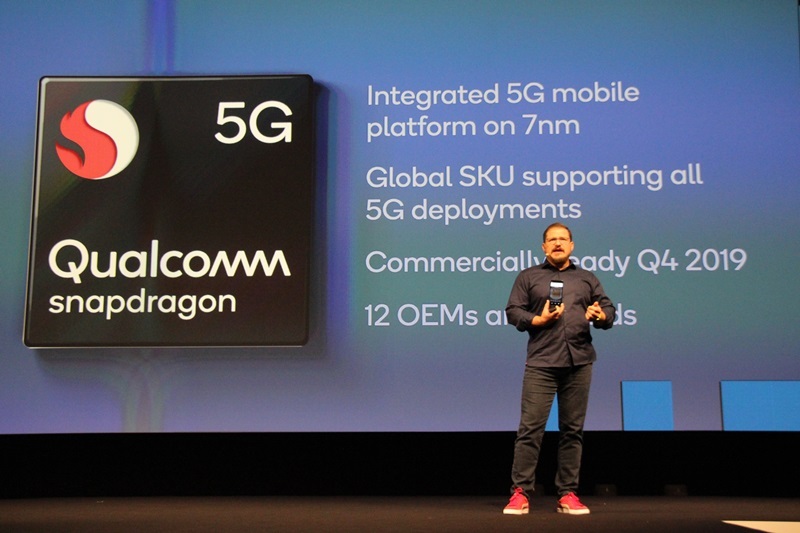 Meanwhile, Huawei’s next new smartphone Mate 30 with the 5G SoC has drawn attention, as it will not come with Google apps and services due to the US White House’s ban on US companies’ businesses with Huawei.

How Huawei will cope in the smartphone business without the Android interface has sparked questions among consumers.

Making the most out of the grace period before the full-on ban, Huawei used the IFA 2019 as an opportunity to announce newly designed versions of its existing smartphone Huawei P30 Pro, with the preinstalled Android 10 interface.

It also introduced the upgraded wireless earphones Huawei FreeBuds 3 with a noise cancellation feature, and a home internet router that enhances network connectivity in every corner of a big house.