If you’re looking for a fitness tracker that monitors your daily steps, your heart rate and sleep quality and also provides useful exercise modes but can’t afford to pay much more than Bt1,000, the Xiaomi Mi Smart Band could well meet your needs.

The tracker weighs just 22.1 grammes and comes with an adjustable wrist strap, which is about 18mm wide and 155-216mm long. My only gripe is that the tracker is a little too thick, which made it look like it was physically protruding from my wrist. That said, it’s certainly the best value tracker around and lab tests of its battery have shown it will last up to 20 days on one charge.

The Mi Smart Band 4 comes with a 0.95-inch AMOLED display with 120x240 pixel resolution, which is bright and easy to read even when the sun is shining. It comes with five levels of brightness and the all-new full0colour display is 39.9 per cent larger and brighter than previous models.

Mi Smart Band 4 is easy to set up. You must first download and install the Mi Fit app and then sign up for an account with Xiaomi for storing your tracked fitness data. You need to specify your gender, birthday, height and weight, statistics that will be used by the tracker to calculate the calories you have burned during your daily activities and exercises. Next, use the app to add the Mi Smart 4 band and the tracker will be Bluetooth linked to your smartphone. 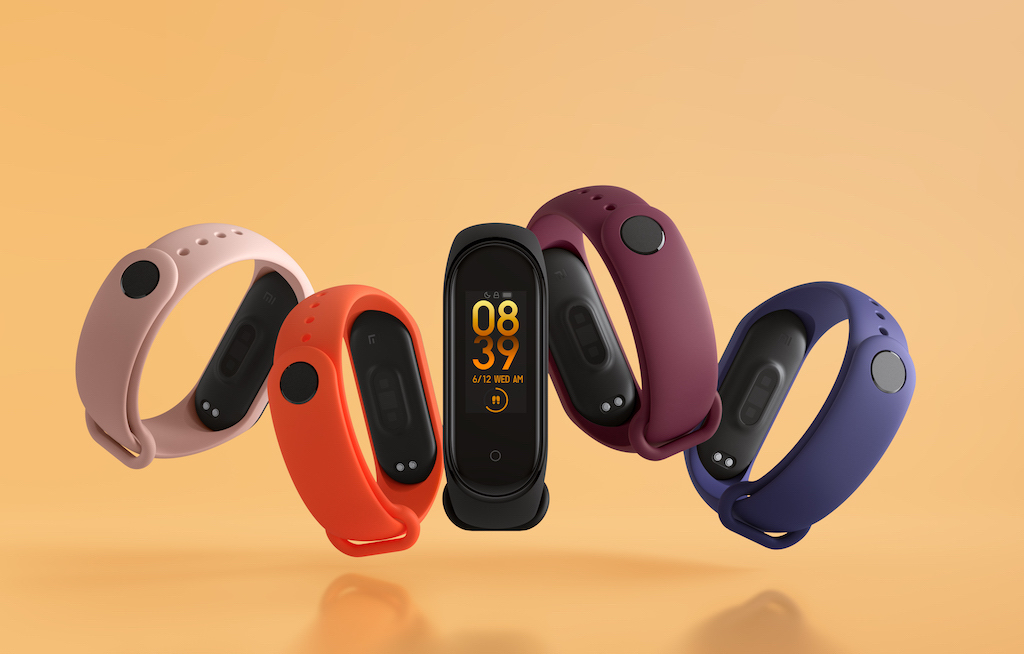 During my test, I had no problem pairing the tracker with my smartphone and once this was completed, the app also upgraded firmware to the tracker. Once the upgrade was done, the tracker was ready to track my activities though I immediately noticed that several of the tracking and alert options remained turned off as part of the factory setting. If that happens to you, just go back to the Mi Fit app to turn them on.

For example, I used the app to have the tracker alert me of incoming calls to my smartphone that is connected to the tracker.

You can also use the app to have the Mi Smart Band 4 alert you to get up and move every hour from 8 am to 9 pm or between any hours of your choice so that you don’t sit screw up your spine by sitting for too long.

You can also use the app to set schedules and alarms for the Mi Smart Band 4 to alert you. The app can also be used to have other apps send their alerts to the tracker as well as turn on the SMS alert and have all the texts received on your phone sent to the tracker for viewing.

I also found that I needed to use the Mi Fit app to turn on the 24-hour heart rate detection feature as well as to set the tracker to automatically detect my exercise and monitor my heart rate. Another useful function is that the tracker can alert you when your heart rate reaches a dangerous level, such as 150 beats per second, reminding you to slow down and avoid a heart attack.

The Mi Smart Band 4 has six workout modes: Treadmill, exercise, outdoor running, cycling, walking, and swimming. You can select the workout modes from the tracker by swiping and tapping the display. I tried it with a short walk in my neighbourhood and the tracker linked to my smartphone to accurately use its GPS to locate and record the walk distance.