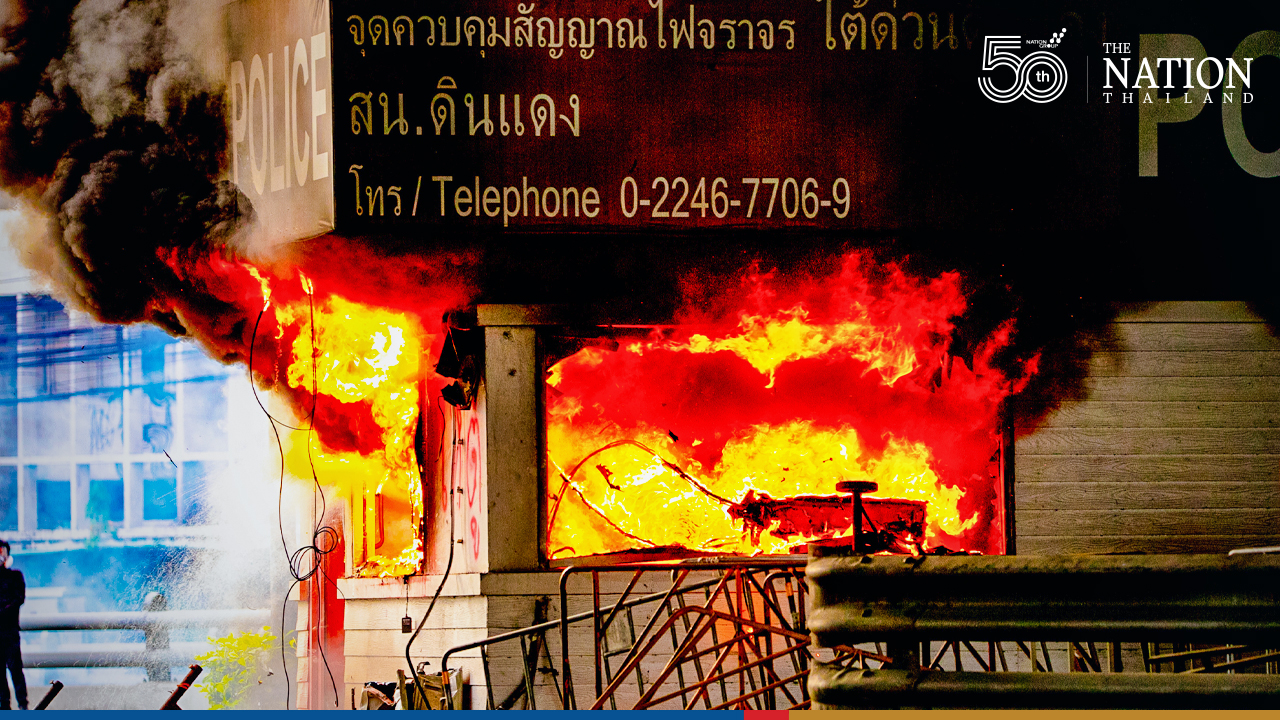 Police on Wednesday accused pro-democracy protesters of burning the Phaya Thai intersection sub-police station and destroying a traffic fort during their rally at Victory Monument on Tuesday. Many ping pong bombs were also found in the area, they added.

The police sub-station is a 5x10-metre one-storey building located on the Phaya Thai corner at Victory Monument.

Police inspected the site on Wednesday morning after a clash between protestors and officers at Din Daeng intersection on Tuesday evening during which police used tear gas, rubber bullets and water cannon.

They said the entire police sub-station, which was opened on June 1, had been burnt out by protesters. Next to the station is a 4x8-metre, two-storey police traffic fort, which was also found demolished.

The sub-station is a 5x10 metre, one-storey building, located on the Phaya Thai side corner of Victory Monument.

“Damage to the burnt sub-station totals 600,000-700,000 baht while damage to the traffic fort totals 200,000-300,000 baht,” said Pol Capt Aroon Seubsingha, a deputy inspector at Phaya Thai police station. “A quantity of inactive ping pong bombs were found outside and inside of both buildings. Items believed to have been used in the arson were collected for investigation and further prosecutions,” he added.

Protest leaders back in jail for violating law, defaming monarchy