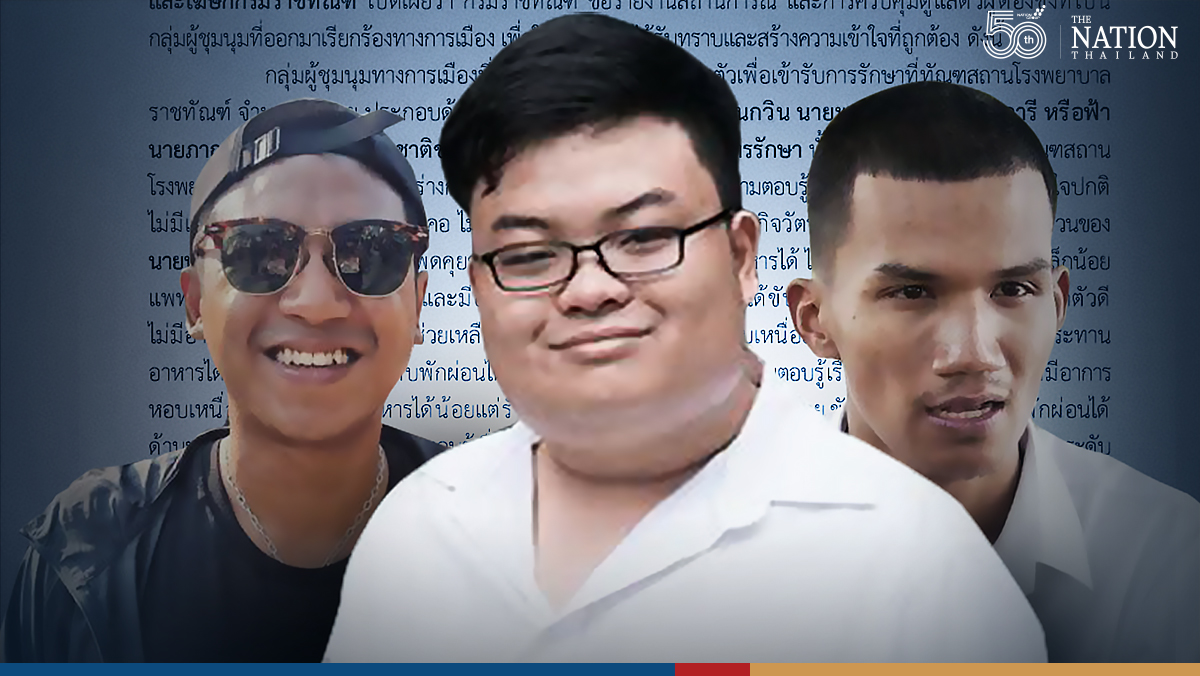 Four of five pro-democracy protest leaders who caught Covid-19 in prison are recovering well, but one has developed lung complications, according to the Department of Corrections.

The five protesters were examined by the doctor at the prison on Monday. All were reported to have normal vital signs and oxygen levels. Thawatchai reported that four of them had almost recovered, but Chatchai had developed lung trouble and needed close monitoring by doctors.

Thawatchai also responded to a viral Facebook post that read, “Police who kill get privileges including visits from people close to them. But people who attend protests are held in solitary confinement for 19 days and are banned from seeing their mothers. Even meetings with their lawyers have to be by video only.”

He said that the Department of Corrections had sought to prevent the virus spreading in prisons by banning visits from relatives. Virtual visits can still be made via the Line app, which can also be used to deposit money and buy necessities from the inmates' welfare shop, he added.

“There is no special exemption for any inmates. Therefore, the public needs to trust in the work of the Department of Corrections in treating all inmates equally. Please do not be deceived. I guarantee that all the sick inmates are being treated properly by medical staff in line with public health standards and human rights principles,” Thawatchai said.