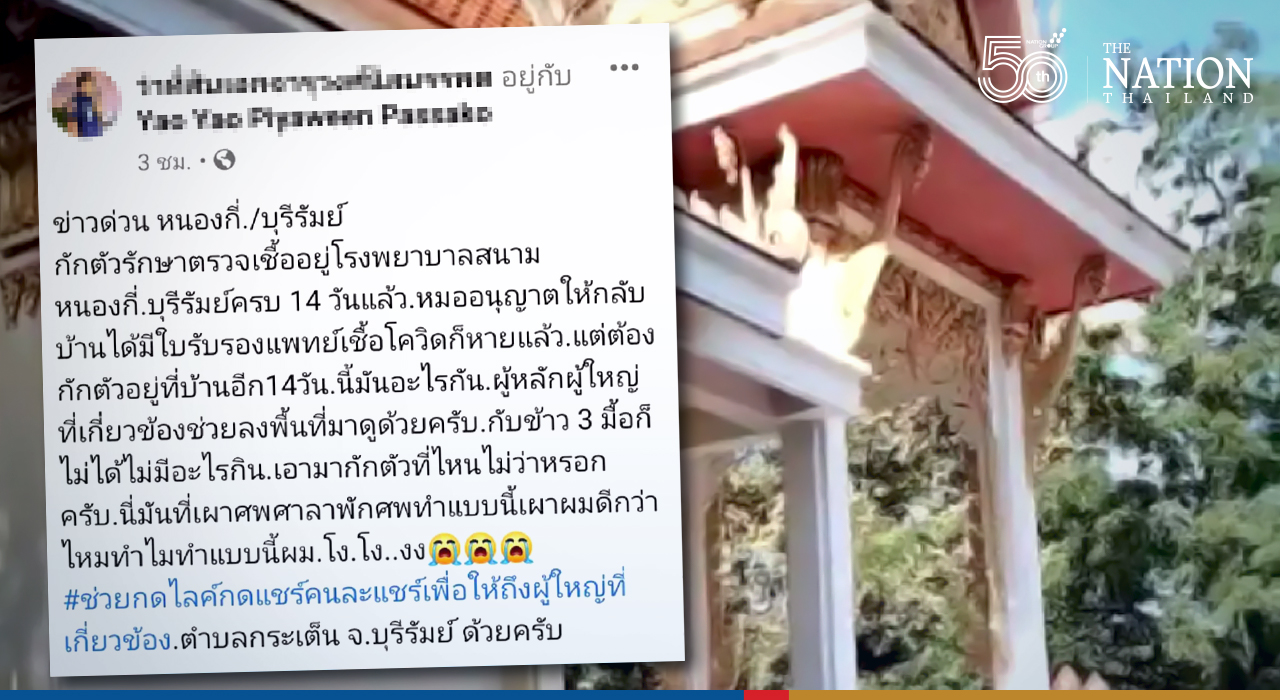 A former Covid-19 patient went live on social media on Wednesday to share the eerie surroundings of the temple funeral hall in Buri Ram where he is being forced to isolate.

Facebook user “Acting Sergeant Jaruwong Nilbunpot”, who is a part-time rescue volunteer in Bangkok, posted a message and a video clip about his isolation in Buri Ram’s Nong Ki district.

The post read: “Breaking news from Nong Ki, Buri Ram: After 14 days of treatment at Nong Ki field hospital, the doctor gave me a certificate and told me to isolate myself at home for another 14 days. But what is this? Related authorities must take note. I have been isolated without being given three meals a day. I can be isolated anywhere but here – in front of the crematorium in a funeral hall. Why don’t they just cremate me? Why are they doing this? I’m so confused.”

Jaruwong also shared a clip capturing the haunting atmosphere at night, complaining bitterly that he had been discharged by the doctor and told to isolate at home, yet Thung Kraten community leaders insisted he spends time in the funeral hall.

The post immediately went viral on social media.
Jaruwong told reporters on Thursday that he had travelled to his partner’s home in Nong Ki district on August 19 and tested positive for Covid-19 three days later. He was then sent to a field hospital for treatment and discharged on September 1.

However, when he arrived at his partner’s house, community leaders pounced on him and insisted he shift to the funeral hall, which Jaruwong says is unfair and hopes some action will be taken.
His partner and everybody else in the house had tested negative.

Revenue collection misses the target by 10% due to Covid-19