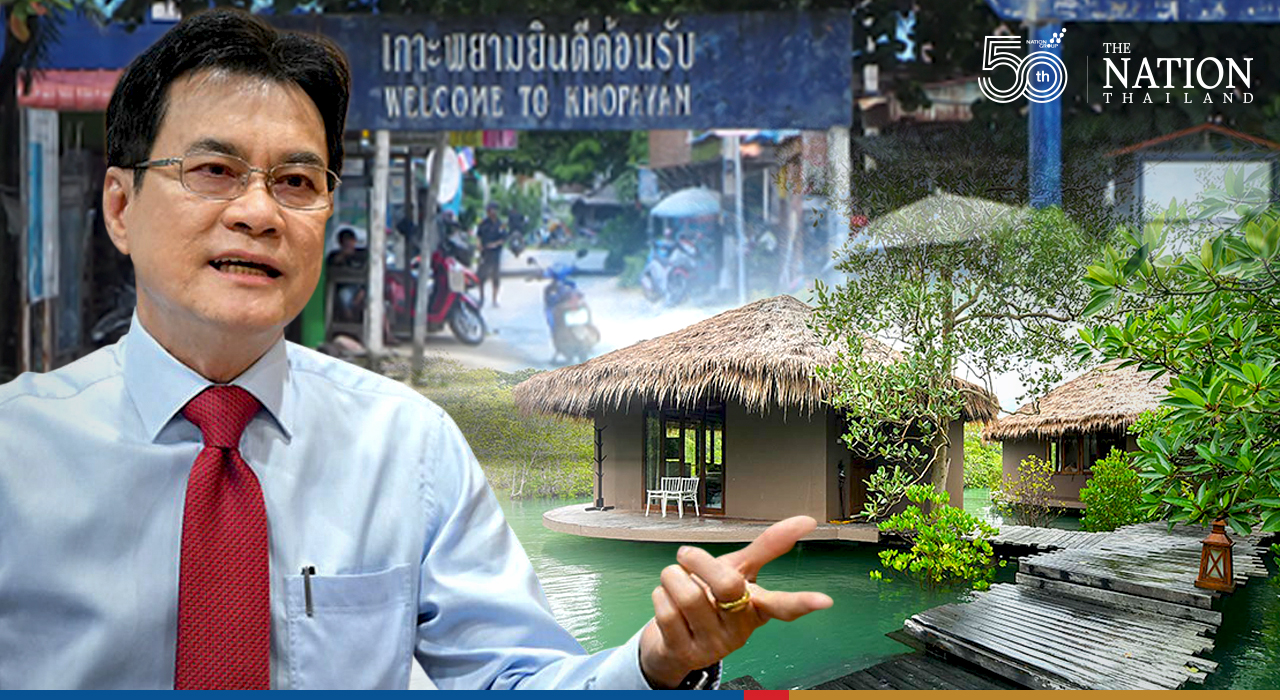 Jurin pushes for including Ranong in Andaman sandbox tourism scheme

Koh Phayam in Ranong province will be included in the Andaman Sandbox scheme after Phang Nga and Krabi provinces under expansion of the Phuket Sandbox programme. Meanwhile, the opening of Bangkok on October 15 will require consideration from all parties, the Commerce Ministry said on Saturday.

Commerce Minister Jurin Laksanawisit revealed the plan on Saturday to include Ranong province in the Andaman Sandbox scheme, especially Phayam which would be appropriate as the island would require just a few thousand doses of Covid-19 vaccination. The minister said that the plan had been sent to the prime minister for approval, and more areas namely Chiang Mai, Pattaya and Hua Hin are also under consideration.

As for the Andaman Sandbox scheme, which is the expansion of the Phuket Sandbox and Samui Plus Model programmes to Phang Nga, Krabi, and the latest, Ranong province, Jurin admitted that it is still a matter of accelerating the goal. The minister said that 31,000 foreign tourists had visited under the Phuket Sandbox scheme, but only a few hundred were travelling to Phang Nga and Krabi after the completion of the seven-day mandatory stay in Phuket. The officials will need to work on the matter in order to spread more tourists to Phang Nga and Krabi, Jurin said.

“The Phuket Sandbox programme marks the beginning of the country’s reopening. Bangkok is expected to reopen on October 15 as the prime minister has already made an announcement, but there will be more discussions on the proper measures. Reopening of other provinces must be made jointly by the government and the related officials. The readiness and suitability of each area are the main factors, while the economy and the pandemic situation need to be well-taken care of with balance,” the minister concluded.