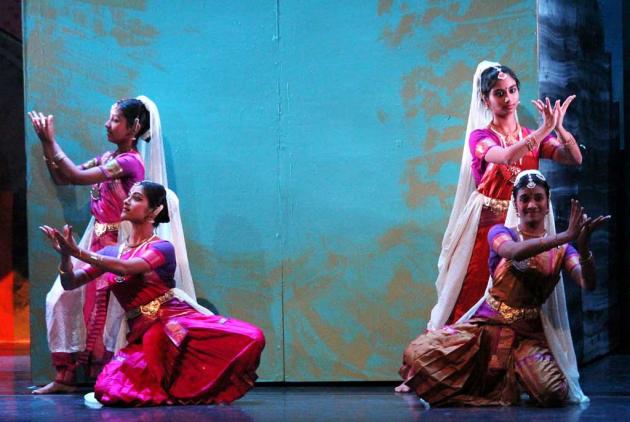 Imagine a Bollywood opera that has as its hero a former incarnation of the Lord Buddha and you have in a nutshell, “The Silent Prince” by composer and maestro Somtow Sucharitkul.
“I had been dreaming of turning the Temiya Jataka into an opera some 10 years so when the invitation from Opera Vista in Houston arrived, I put my proposal forward,” he explains.
“In adapting the Jataka’s ‘Silent Prince’ story for the operatic stage a, great deal of streamlining was been required.
“Prince Temiya’s silence is the main point of the story, so I have concentrated on that, rather than introduce other disabilities such as deafness and paralysis, which are also traditional elements of the tale. Rather than having being advised to be silent by a deity in disguise, I’ve made the trauma and ensuing decision a more personal thing, a struggle from within. Yet I haven’t departed from the essentials of the Temiya.”
Somtow ensures that this silent boy will speak clearly to 21st century audiences by painting a picture of something very contemporary: a dysfunctional family and an autistic child.
“The affluent and well-meaning parents talk at cross-purposes, the child retreats into a private universe and there are misguided bribes and punishments born from frustration – they are typically dysfunctional,” he notes.
“In retelling the story for a modern audience, I try to satisfy both the mythic and the psychological truths the story contains. Obviously not every child who faces an insoluble dilemma and reacts by withdrawing into an inner world of angels and demons is going to become the Buddha in a future life. But in small ways, we have all experienced what Prince Temiya experiences, and we are all on the same journey that the Buddha embarked on, even though the destination is almost inconceivably far for most of us.”
The trauma that sends Temiya into silence – the crux of the story – comes at the midpoint.
“Composing an opera about a silent person had to be answered in a way that, when the Boddhisatva finally speaks, the voice you here is so extraordinary that you understand why you have waited for 90 minutes to hear this voice. This is the reason I picked the rarest of voices, a male soprano,” says Somtow.
In the brightly coloured sound-world of “The Silent Prince”, the gods, who take on various guises to interfere in the world of men, are also given extreme voices: the Queen of Heaven a coloratura soprano, the King of Heaven a basso profundo. Highest and lowest become the boundaries for a human universe where voices are more centred, the King and Queen of Benares being a baritone/mezzo pair.
The orchestra consists entirely of soloists. “There are many textures I’m using for the first time: the combination of harmonium and tambura for the Indian flavouring, unusual instrumental effects, and the use of six solo violinists who must also all be able to play the viola.
The Buddha himself is symbolised by the ethereal sound of four intertwined violinists who always represent the ariyasatya, the four noble truths.
As befits the Benares setting of the opera, much of the thematic and colouristic material of the opera is derived from Indian ragas, though Somtow says they are treated in ways often far removed from India.
“I’ve designed ‘The Silent Prince’ to be an opera on a smaller scale, shorter, more compact, and using smaller forces than my other operas,” he explains. “The idea that Buddhist philosophy can be relayed through this medium and made to speak with a contemporary voice is one of the most exciting challenges for me.”