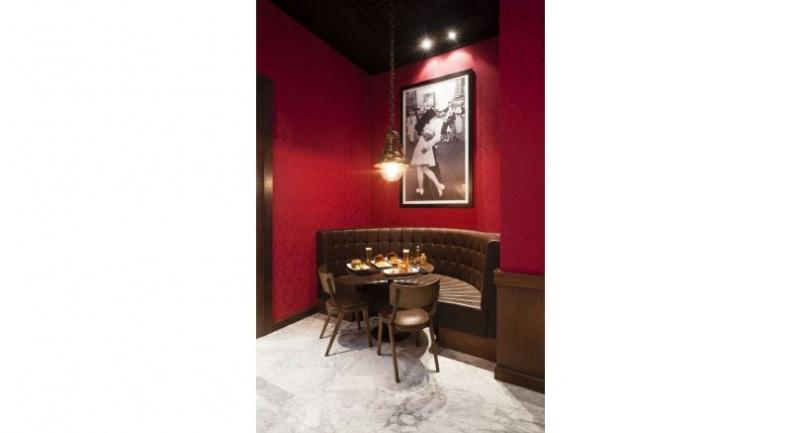 FANS OF BURGERS and craft beers were out in full force last week, eager to check out a new partnership between retro American-style burger joint 25 Degrees and craft beer importer, Smiling Mad Dog. Patrons hovered around the brand-new beer fridge especially installed to keep the more than 60 artisan ales and ciders from the US, the UK and Europe in perfect condition.

And there was quite a queue to participate in a blind tasting of Smiling Mad Dog’s 10 top-rated suds, served with the kitchen’s signatures. The evening concluded with the announcement of three most popular brews. The most popular is BrewDog Hop Fiction Pale Ale, an explosively tropical US-style Pale Ale. Devoid of kettle additions, Hop Fiction’s incredible aromas and flavours are down to a combination of early and late hops – bags of soft, rounded citrus and stone fruit layers on a dry light biscuit backbone.

The second most popular turns out to be the beer that began the modern beer-making revolution, the award-winning BrewDog Punk IPA from Scotland, made with new world hops to create an explosion of tropical fruit flavours and an all-out riot of grapefruit, pineapple and lychee before a spiky bitter finish

In third place came Indica India Pale Ale, from Lost Coast Brewery & Cafe in California. A decent match for any meat, the medium-body brew sports hop flavours ranging from citrus, lemon rind, resin, pine, grass, and herbs before turning to malt running in parallel with notes of biscuit and sweet caramel. The finish is hop again with its soft bitterness.

25 Degrees Burger, Wine & Liquor Bar at the chic lifestyle hotel, Pullman Bangkok Hotel G, is the new sister venue of the well-known burger and wine bar in Los Angeles. Named after the precise temperature difference between a raw and well-done hamburger, 25 Degrees introduces a sophisticated new twist on the traditional American burger bar concept, complete with funky music and a cool decor. Diners can enjoy an enticing menu of succulent burgers, salads and sides, pancakes and desserts, and an excellent selection of beers, wines and cocktails.

Craft beer is priced from Bt240 per bottle.

- 25 Degree is at Pullman Bangkok Hotel G on Silom Road. It never closes.