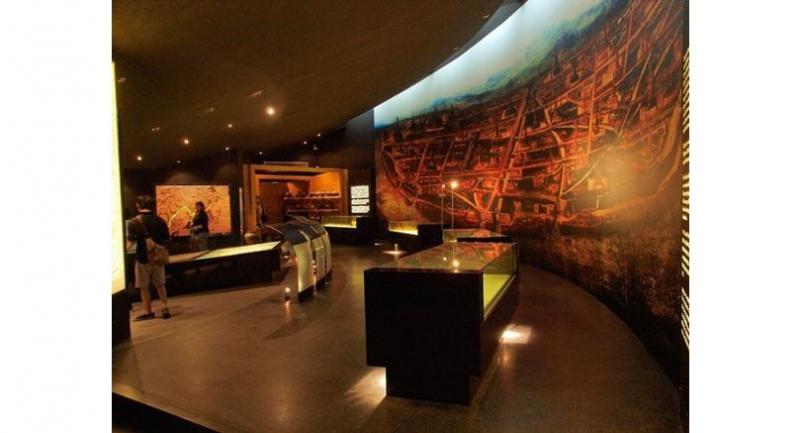 Thailand and Japan are celebrating the 130th anniversary of diplomatic relations with a Virtual Reality Street Museum in the Japanese Village in Ayutthaya.

Part of the permanent multimedia exhibition “Yamada Nagamasa (Okya Senabhimuk) and Thaothongkeepma”, the museum features an innovative showcase complemented by historic information about the former Siamese capital and the roles its Japanese residents played.
Tourism Authority of Thailand governor Yuthasak Supasorn explains that the museum is a joint undertaking with the Thai-Japan Association, Japan Chamber of Commerce Bangkok, and 20 other Thai and Japanese organisations designed “to deepen the meaningful relationship between the two countries”.
It “brings history into the 21st century”, he says.
A theatre equipped with the latest Virtual Reality Scope Technology offers a spectacular 360-degree view of historic Ayutthaya when it was one of the most important trading posts in Asia, connecting East and West by facilitating the exchange of culture, politics and diplomacy.
The advanced technology portrays an engaging story through 96-million-pixel-resolution computer graphics that depict the 17th-century trade mission of Yamada Nagamasa that established Japan’s relations with Siam.
Visitors can scan QR codes with their phones or tablets to view amazing images of the Japanese Village as it appears today and as it was 300 years ago. Audio guides also available in Thai, Japanese and English.
A replica market has been set up where visitors can enjoy Ayutthaya cuisine inspired by the recipes of Thao Thong Kip Ma (Marie Guimar), the Japanese-Portuguese cook in the court of King Narai the Great. The dishes on offer include thong yip, thong yot and foi thong.