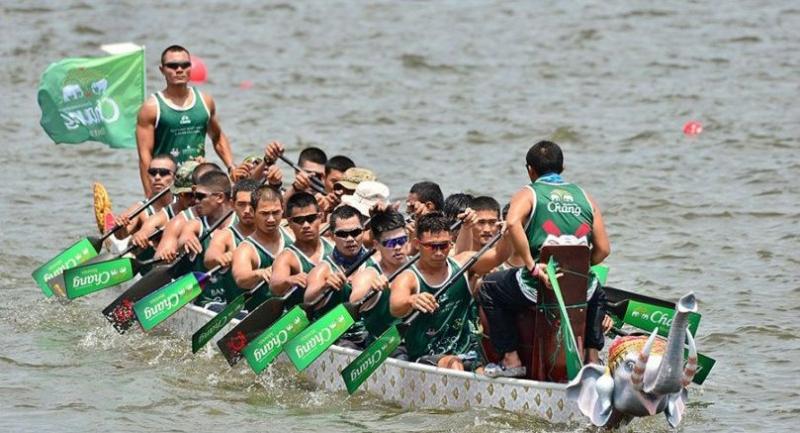 After three days of fun festivities and action on the Chao Phraya River, Bangkok’s inaugural King’s Cup Elephant Boat race finals were held on Sunday. The event included twelve teams from Thailand, China and the Philippines.

The Indoor Rowing Asia Cup Tournament was also held concurrently with teams from 9 countries - Bahrain, Chinese Taipei, India, Iraq, Japan, Malaysia, Pakistan, Saudi Arabia, and Thailand. Each digital heat consisted of 8 rowers giving it their all across 2km with both female and male competitors vying for the coveted Asia Cup trophies. The winners of the woman’s Asia Cup was Yi-ting Huang from Chinese Taipei and Mr. Parminder Singh from India taking the men’s championship.

The exciting event was not only about fun and games – one hundred percent of ticket sales from the event will be donated to elephant related projects throughout Thailand via the Golden Triangle Asian Elephant Foundation.