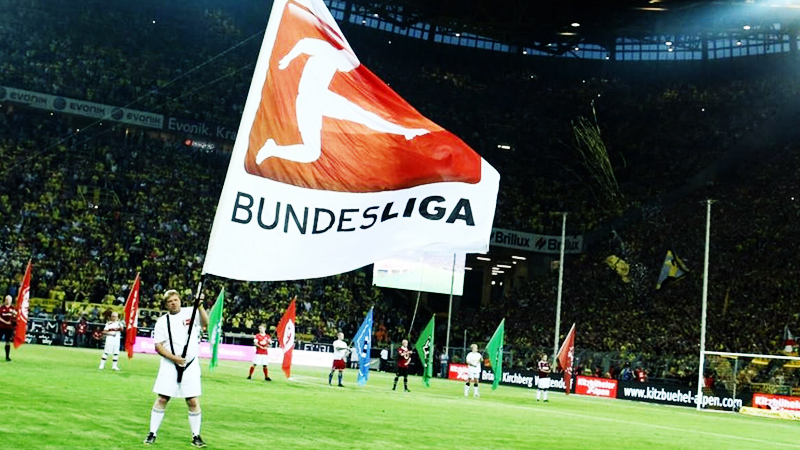 Bundesliga schedule to resume May 16 after German government approves return

The Bundesliga and its second division received the go-ahead Wednesday, when German Chancellor Angela Merkel announced they would be allowed to return under heavy precautionary measures.

"I think we can safely state that the first level of the pandemic is behind us," Merkel said while announcing a number of easing measures following discussions with state premiers.

The 36 teams in Germany's top two divisions met via video conference Thursday to hash out the specifics of the resumed schedule, which was halted March 13 with each team having nine matches remaining. Six games will be played on May 16, another two on May 17 and then one more on May 18. Games will be played in the order of the original schedule. All of the games will be played without fans present, and only around 300 people will be allowed into the stadiums for each game.

The Bundesliga standings were tight at the top when play was halted. Seven-time defending champion Bayern Munich paced the first-division table with 55 points, followed by Borussia Dortmund (51 points), RB Leipzig (50) and Borussia Mönchengladbach (49) in the top four spots, which receive Champions League berths at the end of the season. Bayer Leverkusen was two points off that pace with 47 points.

Germany has been able to limit its coronavirus death rate thanks in part to aggressive testing, allowing the country to begin reopening on a limited basis. Bundesliga players, for instance, have been allowed to practice in small groups at team facilities for the past few weeks. Ahead of matches, they will be under special quarantine measures, according to the government statement.

Germany's rate of new coronavirus infections has dropped to less than 1,000 per day for the first time since mid-March.

"We have the privilege to live in a country with one of the best health systems in the world and can be thankful," Christian Seifert, DFL chief executive, said at a news conference Thursday.

On Monday, German soccer officials announced that 10 of the 1,724 players, coaches, team physicians and other staff members to receive coronavirus tests had tested positive, with none of those people reportedly showing symptoms. All Bundesliga employees will be tested again this week and throughout the remainder of the season, the league has announced. Players or team staff members who test positive will self-isolate, though entire teams will not be required to do so under DFL regulations.

The professional soccer leagues in France, the Netherlands and Belgium will not be allowed to finish their halted seasons after those governments issued bans on sporting events until the late summer, including events with no fans present. But on Monday, Spain's top league announced that players would be allowed to return to team facilities for individual training this week, with hopes of resuming play in June.

England's Premier League, the world's richest, has yet to announce its return plan amid reported squabbling between clubs at the top and bottom of the standings, with the latter group hoping to avoid relegation to the country's less-lucrative second division.