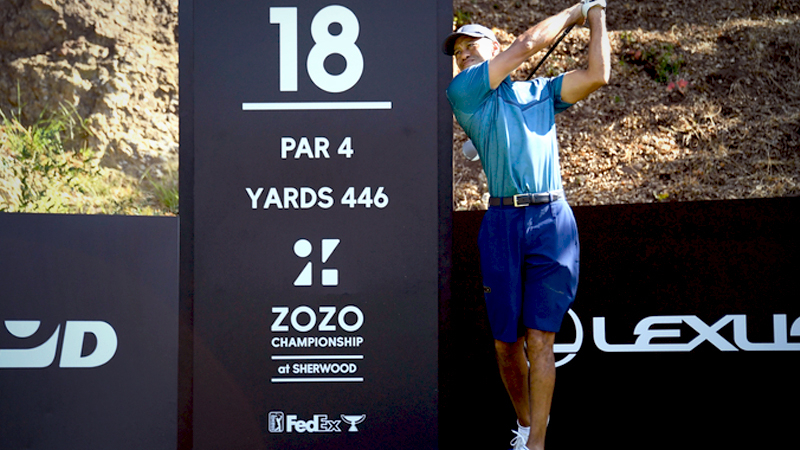 Defending champion Woods aims for historic No. 83 at Zozo Championship

Tiger Woods felt it. At last year’s ZOZO CHAMPIONSHIP, the energy was palpable. It was an electric blend of captivating golf down the stretch between Woods and Japan’s Hideki Matsuyama, combined with a country eager to momentarily escape the devastation left in the wake of Typhoon Hagibis.

The extremely violent weather phenomenon, which struck Japan on October 12, 2019, caused more than US$15 million in damage and killed 98, the deadliest typhoon to hit the island since 1979.

But for a moment, people cheered, celebrating golf and a temporary sense of normal.

“It was a tough situation for the entire area and all of Japan quite frankly,” Woods said Tuesday. “To have that excitement, that level of excitement for the game of golf, and to have all those people out there watching us, watching us play, to have Hideki right there in the mix as well. It was a great event for all of Japan, and I was lucky enough to have won.”

The 2020 installment of the PGA TOUR event will have a vastly different energy to go along with a new, but temporary, location and feel.

Relocated to Sherwood Country Club in Thousand Oaks, California, because of the COVID-19 global pandemic, the defending champion has a chance to go back-to-back while making history in a place that is unquestionably familiar. The Hero World Challenge, the event that Woods hosts every December, spent 14 of its first 15 years here. Woods enters the ZOZO CHAMPIONSHIP @ SHERWOOD with 82 PGA Tour wins all-time, tying him with Sam Sneed for the most in Tour history.

The 44-year-old will have to get the record-breaking outcome without the support of a raucous crowd, as spectators remain off limits to limit the chance of viral transmission.

Ironically, the 2019 ZOZO Championship victory was Woods’ last on the Tour. He’s played a mere seven times since that final round in Japan, including just four tournaments since the COVID-19 pandemic started in March.

Familiarity with the course could provide a boost, but the tournament’s environment will be a far cry from the event Woods is accustomed to playing at Sherwood. The Hero World Challenge traditionally features a 16-man field, including the defending champion, the top 11 available players from the World Golf Rankings and four sponsor exemptions selected by the Woods’ foundation.

More faces, more competition and more at-stake – all things Woods is preparing to take on.

“Let's just say that the field is a lot bigger than normally when I have played here. I only had to beat 11 other guys, so that's very different,” Woods said. “This golf course –  I need to get another look at it tomorrow on the front nine, because the greens are definitely different than last time we played here. Hopefully, everything comes together starting from Thursday and have a great week.”