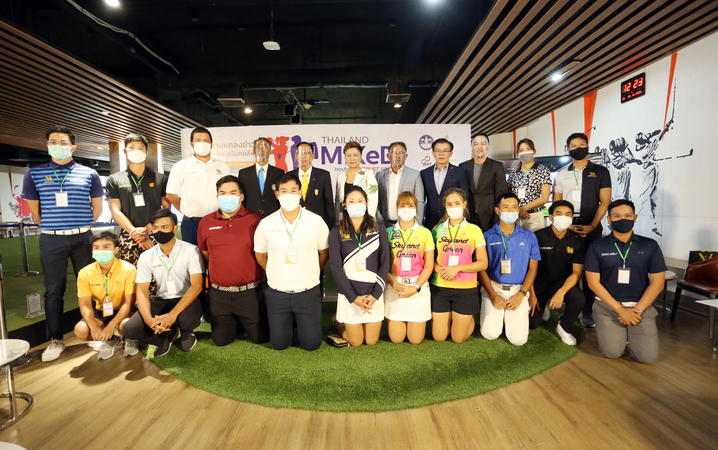 For the first time in Thai golfing history, men will battle against women in a professional tour with millions in prize money at stake.

The Thailand Mixed tour kicks off in Pattaya in January, the first leg of a five-tournament circuit offering total prize money of over Bt17 million.

Hosted by golf training centre Trust Golf, the mixed tournament will be competed in the regulation professional format: a 156-field (78 men and 78 women) playing 36 holes in the first two rounds with half of field moving to the weekend rounds.

However, to create a competitive scenario between the two genders, tee-off positions for female players will be set closer to the pin.

According to Trust Golf founder Prin Singhanart, women are capable of competing against the men as there was no significant difference between the level of male and female players.

“We held a test competition and found that their results are not so different,” said Prin. “Currently, the standard of women’s golf is quite high. By favouring them with the tee-off positions, they should be able to put the men to the test,” she added.

Also open to international players, the tour kicks off at the Chee Chan Golf Resort in Pattaya from January 28-31, with the second leg at the Alpine Golf Resort in Chiang Mai on March 18-21. The third stop is at the Blue Canyon in Phuket on May 20-23 while the fourth is due from July 8-11 with the venue yet to be confirmed.

Each will offer total prize money of Bt3 million. The biggest purse of Bt5 million will be up for grabs in the final tournament on December 9-12 (venue to be confirmed).

Eight-time European Tour winner Thongchai Jaidee agrees that women have the potential to challenge the men on the fairways.

“This type of tournament brings Thai golf to a new dimension. Our Thai female golfers are on a higher level these days. It’s a great opportunity for the women to test their potential,” Thongchai said.

Two-time Asian Tour winner Prom Meesawat said the women would inevitably be at a disadvantage, but added the tournament would serve as a springboard for female golfers eyeing the global stage.

“Succeeding at the international level means playing the tough and long courses out there. It’s important that our female players undergo challenges that will prepare them for the higher stage,” said Prom.