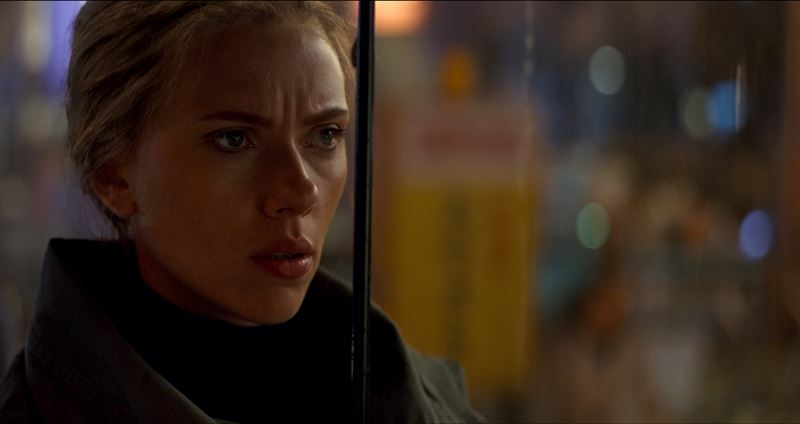 Disney to move 'Black Widow,' one of the first big movies scheduled to reopen theaters in May, to Disney Plus

Disney on Tuesday put a major dent in the hope for a spring moviegoing recovery, pushing some of its upcoming films to streaming platforms, other films to future dates and a third group to both.

All told, the company shuffled eight titles, including pivoting May's anticipated Scarlett Johansson Marvel film "Black Widow" to a simultaneous release on Disney Plus in July. It also shifted two other late-spring films, "Cruella" and "Luca," away from a traditional theatrical exclusive.

Collectively, the moves ensure that much of the entertainment from the country's largest studio won't be exclusively in theaters until later in the summer and possibly even the fall - throwing theaters hoping for a comeback bid to the side.

"I honestly feel kneecapped," said William Barstow, who runs Main Street Theatres, a six-location chain primarily in the Omaha, Neb., area. "Disney is our lifeblood. We couldn't be any more committed to this ['Black Widow'] thing happening. How can you do that? It just feels unfortunate." Barstow said he had just closed a loan on a new 12-plex on the assumption "Black Widow" was coming exclusively to theaters in May.

Even as pandemic lockdowns ease, Disney signaled it does not believe that theatrical moviegoing around the world will be back in force this spring and early summer, given uncertainties over lockdowns and vaccine distribution. While much of the United States is likely to be open by May as vaccine distribution increases, many theaters in Europe will not be, as countries grapple with lockdowns, surges and vaccine-rollout challenges.

"Black Widow," originally scheduled for an exclusive theatrical release on May 7 has now been postponed to July 9. On that date, Disney Plus consumers can either pay $30 to watch under the service's "Premier Access" program or go to see it in theaters, though it remains to be seen how many will play it.

Some chains, notably Cinemark, chose not to play the studio's March release, "Raya and the Last Dragon," which went both to theaters and Disney Plus amid ongoing lockdowns.

Disney had continually postponed "Widow," a high-profile title in its Marvel Cinematic Universe, from last May, and the film had been heralded as the kind of splashy release that could bring consumers back to theaters after more than a year of staying away due to lockdowns. But now Disney will hold off on theatrical exclusivity and put much of its hope in Disney Plus.

"Cruella," an Emma Stone movie about a renegade in 1970s London who originally appeared in the "One Hundred and One Dalmatians" movies, will also be available for $30 purchase on Disney Plus simultaneous to its release in theaters May 28, the company said. Meanwhile the animated "Luca," an Italy-set fantasy picture, will move from theaters exclusively to Disney Plus as a free offering on June 18.

Left undetermined after Tuesday's announcement are the fates of "In The Heights," an adaptation of Lin-Manuel Miranda's Broadway musical hit, currently set for June 11, and the family-adventure title "The Jungle Cruise," slated for the end of July. Those titles have somewhat if not entirely less global appeal than "Black Widow," "Cruella" and "Luca."

Other titles for later in 2021 do remain theatrical, including "Eternals," the Marvel movie scheduled for November. But "The King's Man," the action-comedy sequel, will move from August to December, underscoring Disney's belief that normalcy will not return until the fall.

The Disney Plus moves angered the nation's theater owners, who have generally been understanding of Disney's decision to shift titles such as "Mulan" and "Soul" to its streaming platform during the pandemic, which they agree is an extenuating circumstance.

But those relations have recently begun to fray, first when Cinemark and several Canadian chains decided against playing "Raya" and now with the latest set of moves. Their argument is that pandemic rules shouldn't apply when many theaters, at least in the U.S., will be open and hungry for business.

The company pointed to audience convenience as the reason for the shift.

"Today's announcement reflects our focus on providing consumer choice and serving the evolving preferences of audiences," Kareem Daniel, who runs the company's media and entertainment distribution division, said in a statement.

"By leveraging a flexible distribution strategy in a dynamic marketplace that is beginning to recover from the global pandemic, we will continue to employ the best options to deliver the Walt Disney Company's unparalleled storytelling to fans and families around the world." It was notable, some observers pointed out, that the statement and likely decision came from Daniel, who does not come from the film studio and has a different mindset and set of relationships than the company's movie-distribution executives.

The entertainment giant also will benefit from its further expansion of Disney Plus into Europe and Latin America, which had not been the case earlier in 2020. There are simply more homes that can buy "Black Widow" compared to when the studio tried selling $30 purchases of "Mulan" last summer, an experiment not regarded as a great success.

The new date will be closely watched around the industry as a potentially telling case of where consumer prefer to watch new movies. Two people who wish to go to see "Black Widow" in theaters will now be able to watch it at home for the same price, and the question long asked by the industry will finally have an answer - namely, how many will opt for that communal experience over the convenience.

Though it has been cast as a pandemic-era move, the "Black Widow" move could also be seen as a way for the company to try to double down on its Disney Plus service, which has drawn 100 million subscribers since launching in late 2019.

Disney has already generated what it says are large numbers from two Marvel series, "WandaVision" and "The Falcon and the Winter Soldier," on Disney Plus. If "Black Widow" succeeds in its hybrid release, it could mark a new way for the company to release its films even after the pandemic ends.

The news was not all grim for theaters, however: It followed a development earlier in the day in which Warner Bros. signaled that, beginning in 2022, all of its films will have a 45-day exclusive window in U.S. theaters, as the company sharply changed course from a decision to release all its 2021 movies on HBO Max simultaneously.

The move offered a surprising reversal. WB had shown it was not eager to favor theaters as long as the coronavirus was spreading, in December moving "Wonder Woman" and then a host of other films to HBO Max simultaneously. That announcement angered many executives and creators in Hollywood, who said the decision was a breach of their relationship.

Word of the Warner Bros. move came from Cineworld, parent company of Regal, the United States' second-largest theater chain. In announcing an agreement with WB, Cineworld said the company's theaters will begin showing all WB movies in 2022 for a 45-day exclusive window in the United States and at least a 31-day window in the United Kingdom. As part of the deal, the company will show all 2021 movies released simultaneously to HBO Max, a move some theaters had previously been reluctant to make. With the Regal deal, WB is expected to make pacts with other companies for at least as long.

Theater owners were also hopeful that other studios would jump into the void left by "Black Widow." John Krasinski's "A Quiet Place Part 2," the long-awaited sequel to the 2018 horror hit, is set for May 28, and Paramount Pictures could move up the film to "Black Widow's" spot in early May to reopen theaters. That would be fitting: the film was the first to get canceled when the pandemic struck last March.