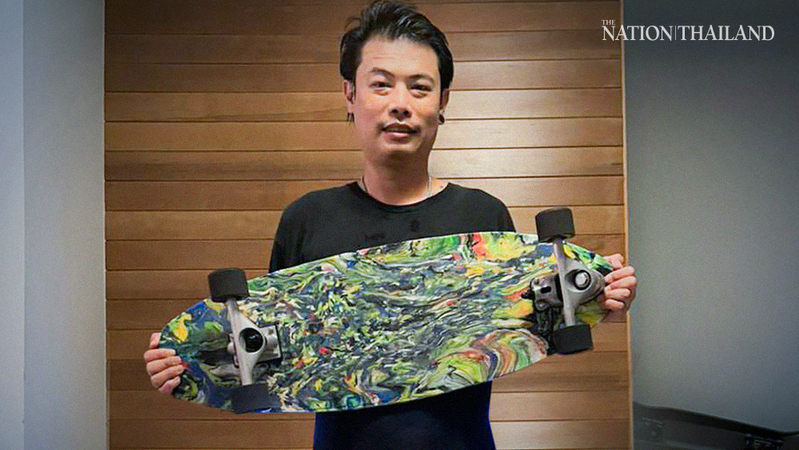 Amid the Covid-19 crisis, surfskating is currently popular among Bangkokians as they can play it anywhere.

"Pictures of turtles and dugongs eating plastic waste are in my mind until now," Tee said.

He explained that he had made a colourful board by melting bottle caps inside the oven at a temperature of approximately 200 degrees Celsius, pouring plastic on a plywood mould and pressing it with a metal sheet.

He added that he had found a way from the internet of recycling plastic caps, but it took about four months before he could achieve success.

"I polished the board to the least possible extent because this process would generate plastic dust which would be harmful to humans and other creatures," Tee said.

He added that everyone could solve problems related to the environment even if it were just a small project.