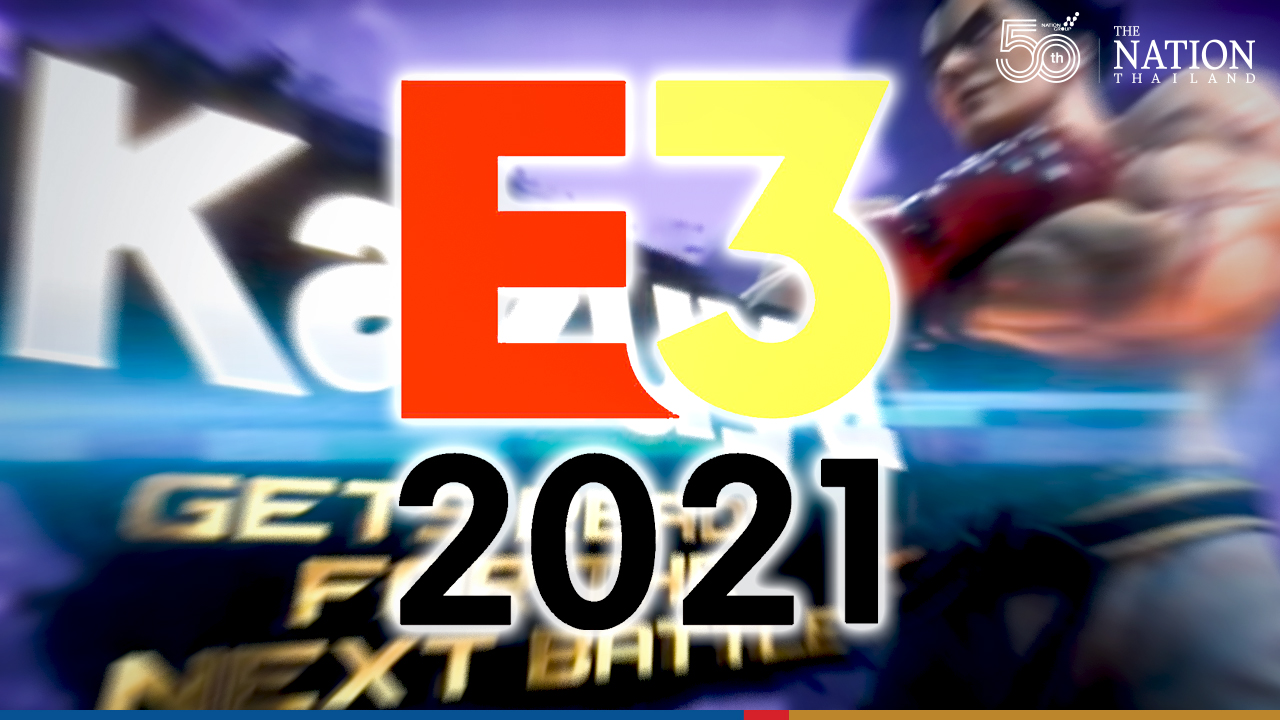 The top highlights and takeaways from E3 2021

It spanned four days and produced far less excitement on the whole than past years, but there is still plenty to parse from this years all-virtual E3, the first held since 2019. Here are the standout moments and takeaways from E3 2021:

Evaluating E3′s future: Perhaps as notable as any announcements or reveals was what the showcase means for the future of E3 as the premier event on the game industry calendar. Take a quick survey of the Twitter accounts of most games journalists following E3′s conclusion and you'll see the all-virtual event did not go over well. In particular, the event did not generate much excitement outside a handful of instances over four days.

The event dragged. There was confusion around what certain presentations would deliver. Monday was almost completely devoid of gaming news, even with Capcom's event. The linear stream was a bit numbing overall, a stark contrast with in-person E3 events.

The dearth of news and game reveals is likely due to a double whammy from the pandemic. Covid-19 forced E3 online and muted the usual crowd reactions from in-person announcements. It also hindered developers working on their titles. Given that video game fans tend to be a tad critical (the original "Halo Infinite" contributed to a year-long delay as the developers reworked the look of the game) companies may not have thought their top titles, on which they're depending for big returns in revenue, were ready for public scrutiny after a year of working from home or in otherwise compromised fashion.

As flat as the event felt, it's hard to see this as any kind of dagger for E3′s future. In fact, the first major news delivered at this year's E3 was that Los Angeles was preparing to host the event again in person next year. While E3 may not be as grand as it once was, with companies like Sony and EA shying away, there is still a critical mass to the event. Part of the reason there was so much criticism of the event over the past four days is because pretty much everyone in games media was focused on E3. Criticism isn't a killer for a major event, irrelevance is.

Could E3 be better? Absolutely, and the first correction there is reconvening in person, which seems more or less solidified for 2022. Do people still care about E3 and the game news revealed during the event? It's clear they do. Criticism of the event may be warranted, but expectations of its imminent demise should probably be curbed. Unless Microsoft and/or Nintendo suddenly decides it is done with the event, E3 seems likely to endure.

A big score for Summer Games Fest with "Elden Ring": "Elden Ring," the long-awaited collaboration between the creators of "Dark Souls" and "Game of Thrones," didn't debut at E3, but at Geoff Keighley's Summer Game Fest. While the concept of "Dark Souls but expansive" is simple to understand, pulling it off is a much harder trick. The excitement over the game doesn't really stem from author George R.R. Martin's involvement. Rather, it's the promise of an expansion of the open-world ideas only really seen in the first "Dark Souls" game. In the end, "Souls" creator Hidetaka Miyazaki has proven to be a master blacksmith of the genre he created. That's all you need to know to understand the excitement and relief new "Elden Ring" information delivered to fans.

Xbox excitement: Easily the early winner from the conference, Xbox made a point of showcasing its exclusive titles, particularly leveraging the acquisition of Bethesda Softworks and the rest of ZeniMax Media for $7.5 billion.

At E3 2019, in the midst of a major push for its subscription gaming service, Game Pass, Microsoft studio head Matt Booty sat in a green room in the basement of Microsoft Theater and discussed some of the keys to their strategy with The Post. Chief among them: Inventory. If you want to become the Netflix of gaming, you need to have the must-see exclusives that make customers want to subscribe.

In the years since, Xbox has added to its Game Pass offerings, most notably in a deal to make available EA's games. What was missing were exclusives. Sony had been acquiring studios and placing a number of award-winning, must-play games behind a PlayStation paywall. Xbox had yet to do that.

Until now. With "Starfield," alongside the newly introduced co-op vampire shooter "Redfall" and "Halo Infinite," this was a flex for Microsoft's exclusive catalogue. Microsoft is working to lower the barriers of entry for consumers with its recently announced console-less streaming strategy. It's also working to entice gamers with impressive exclusive titles. The Xbox ecosystem looks more appealing now than ever before.

"Redfall" intrigue: After continuously pumping out updates to the "Fallout" and "The Elder Scrolls" franchises, Bethesda announced another major new game in addition to the upcoming "Starfield." "Redfall" comes from Arkane Studios, the developer behind "Dishonored" and "Prey." It features a group of diverse vampire slayers who use customizable weapons to take down the bloodthirsty villains. At the Microsoft-Bethesda joint presentation, we saw "Redfall" cutscenes with witty banter like: "Would you want to go back to normal?" "Not if I have to pay my student loans."

While there is no end of vampire books, movies and games, the creative looks of the character design and the reputation of the studio behind "Redfall" have people buzzing with excitement.

Nintendo delivers a surprise for Metroid: "Metroid Dread" was a shocker, a long-rumored and canceled 2D Metroid game from the early aughts resurrected for the Switch era. Nintendo is the publishing house for so many beloved characters, and Samus Aran, the first lady of video games, has been away for far too long. The series has always struggled with sales, which may explain its absence for more than a decade. But it's also the series that inspired, well, the "Metroid" genre of action adventure and game design. Even "Dark Souls" wouldn't exist without "Metroid." One can hope that "Metroid Dread" can finally give the series the respect it's long deserved.

Nintendo understands what its fans want: Namely, more "The Legend of Zelda: Breath of the Wild 2" content and remasters of classic Japanese visual novel adventure game "Danganronpa," plus a new "Shin Megami Tensei V." A lot of what fans demanded got served up during Tuesday's virtual event. We got a better look at some cutscenes in "Breath of the Wild 2," saw Link swim through some rock and the camera pan out to an overview of the skies of Hyrule. Nintendo even dropped a release year: 2022.

Nintendo also satisfied fans of the "Persona" franchise with the "Shin Megami Tensei V" announcement that came with an extensive look at gameplay. It appears to be turn-based and allows players to recruit demons and fuse them, just like some of the other games did.

Let's also not forget that "Mario Party Superstars" is coming in October, reviving a lot of classic minigames and allowing online multiplayer.

About that Switch Pro . . . : Despite hearing that Nintendo's upgraded Switch console could be available as early as September, there was nary a mention of it during the Nintendo Direct at E3. We know other console makers have been struggling to meet demand in part due to a semiconductor shortage. Is it possible that's delaying the release of the next Switch? Or was Nintendo just waiting for a less-crowded runway to make one of its biggest announcements of the year?

Avatar is coming, who's excited?: Seriously, we're asking. While the trailer looked good, featuring the kind of vibrant world you'd expect for the planet Pandora, there wasn't much else to do but drink in the visuals. We know it's an open world game. What we don't know is who is clamoring for this game when the James Cameron movie debuted 12 years ago. After the Ubisoft showcase on Saturday, its new tactical co-op alien shooter, "Rainbow Six: Extraction," was trending on Google. "Avatar: Frontiers of Pandora" was not.

Mario + Rabbids: Ubisoft and Nintendo partnered to make the first game in the series, which was enjoyed by some but went unnoticed by many. Nintendo is continuing to let Ubisoft developers work with its intellectual property, dressing up rabbit-like Rabbids as Princess Peach and Luigi, fighting in space alongside Mario and his usual crew.

Square Enix spent most of its showcase showing off cinematics and gameplay from the upcoming title, set for an October 26 release, and there were a few encouraging signs. For starters, the heroes look a bit more like their counterparts in the Marvel Cinematic Universe than the Avengers, who most recently looked like this after a new release of skins for that game. Second, Square Enix seems to have gotten the vibe of the franchise correct, with whimsical, wisecracking dialogue, frenetic action sequences and a soundtrack of hits from the 1960s and 70s.

Also notable was the different play format from "Avengers," where players select a different hero per mission and your teammates played along as NPCs in the campaign mode. In "Guardians," players take the role of group leader Star Lord, shooting and rocket-boosting around the map while ordering your shipmates to engage foes via a command wheel interface. Why is that so notable? As the Post's Gene Park noted on stream, "Avengers" faced a challenge of trying to balance the powers of superheroes ranging from the godlike Thor and Hulk to Hawkeye, a dude with a bow and good aim. It made it seem strange since those characters are not at all balanced in the MCU, but they needed to be for a co-op combat game. The result was a weak-feeling Thor and Hulk. Simply, it was not fun. (Hulk smash? More like, Hulk inflict mild HP damage. Boo.)

A Call of Duty challenger?: Ever since the Battlefield franchise returned to its historical roots and Infinity Ward rebooted "Call of Duty: Modern Warfare" in 2019, the latter has pretty much dominated the first-person war sim space. That may be changing with the impending release of "Battlefield 2042." EA's DICE showed off a first look at the gameplay during the Xbox/Bethesda showcase and the game looked jaw-dropping good. While all we have are visuals at this point, a new in-combat interface that allows players to tinker with their loadouts without backing out to a menu looks like an exciting upgrade. Add in the series' usual destructible buildings, evolving terrain and changing weather (now including a tornado) and there are some clear differences with Call of Duty. "Battlefield 2042" releases October 22, 2021.