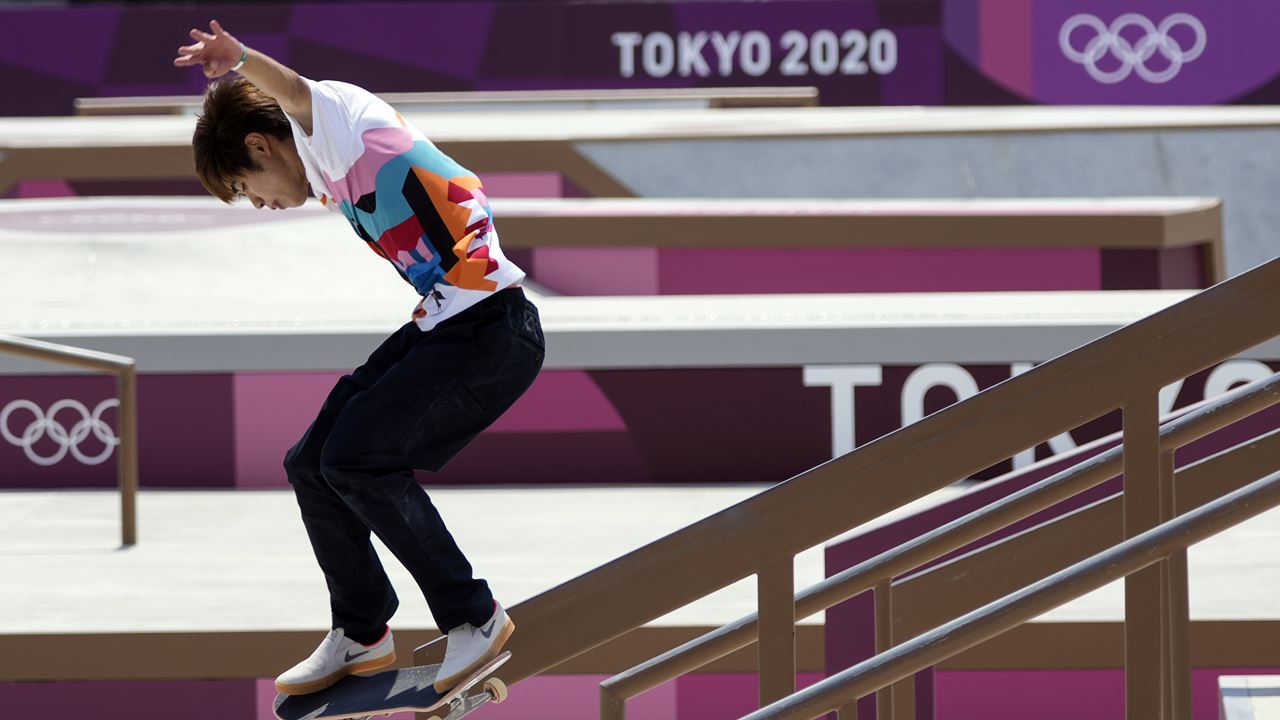 Remembering all of the firsts at the Tokyo Olympics

The Tokyo Olympics delivered historic moments from start to finish. Some athletes set records for long-standing dominance in their sports. Others became the first in their nations histories to win a medal of any kind. And sports such as surfing and karate made their Olympic debuts.

With the Closing Ceremonies complete, here's a look back at the most impactful firsts of the Tokyo Olympics:

- First women's 1,500-meter freestyle: Katie Ledecky won the race finally added to the Olympic program, inserted in part because of her dominance in the event. She won gold in 15:37.34, ahead of American teammate Erica Sullivan at 15:41.41 and one of her four medals in Tokyo.

- First track and field gold medal for India: The world's second-most populous nation has competed in the Summer Olympics since 1900 and sent 192 athletes in track and field, but had never won a gold medal until Neeraj Chopra did so in the javelin.

- First out trans athlete to medal: Quinn earned a gold medal as part of the Canadian women's soccer team, which outlasted Sweden in penalty kicks for its first gold medal in soccer.

- First gold medals for Qatar: Qatar's first gold medals came in a pair, with Mutaz Essa Barshim winning the men's high jump (and sharing the honor with his friend, Gianmarco Tamberi of Italy) and Fares Elbakh taking the men's weightlifting competition at 96 kilograms.

- First medal of any kind for Turkmenistan: Polina Guryeva gave Turkmenistan its first medal with silver in women's weightlifting at 59 kilograms.

- First gold medal for Bermuda: Flora Duffy won the women's triathlon for the small Atlantic island's first gold medal. Bermuda entered this year with only one Olympic medal, a bronze from 1976.

- First karate medal: Karate joined the Olympics in the country where it was born, and Okinawa native Ryo Kiyuna, a three-time world champion, won gold in men's kata.

- First medal of any kind for Burkina Faso: By earning third in the men's triple jump, Hugues Fabrice Zango put his country on the podium for the first time. Burkina Faso sent a record seven athletes to this year's Olympics.