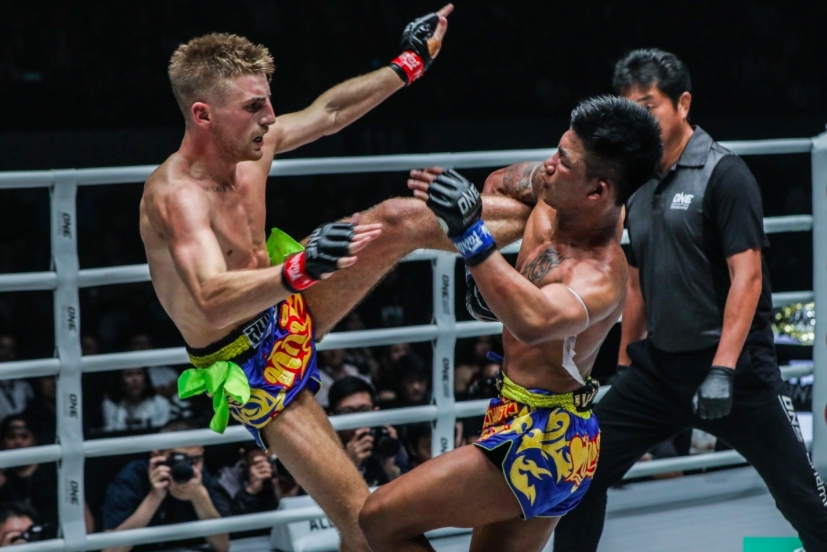 The 24-year-old phenom has overwhelmed the majority of his foes inside the ONE Championship ring with his all-action style since joining the promotion in 2018.

After conquering the striking world, however, the Thai superstar may be shifting his sights to a new arena.

Rodtang has made it no secret that he plans to break into the sport of mixed martial arts at some point. "The Iron Man" has been working on his grappling skills for some time now, and it appears he's looking to make his MMA debut very soon.

"Who do I want to face in my first mixed martial arts fight? It's up to ONE Championship or Chatri [Sityodtong] to decide who's best for me. I'm still new in mixed martial arts, so I need to find someone suitable," Rodtang said.

"If I perform well, or handle the ground game well enough, I would be ready to fight at a higher level."

While there is no shortage of fighters Rodtang could face in the Circle, there is one man he's looking at doing battle with at one point or another -- former foe Jonathan Haggerty.

Rodtang and Haggerty battled for the Muay Thai belt in two separate wars, with the Thai athlete winning both in impressive fashion. Like Rodtang, Haggerty is also contemplating a transition to MMA.

It is possible Rodtang and Haggerty could settle their rivalry in a completely different setting in the very near future.

"People have been talking a lot about me and [Jonathan] Haggerty in a trilogy. He's also currently training in mixed martial arts. I'm actually open to anything. I've already won twice (against him) in Muay Thai. We might switch it to mixed martial arts. It will be fun," Rodtang said.

"We've already entertained [fans] in Muay Thai. Let's see how exciting a mixed martial arts fight would be. I really want to try it. It would be great if I could face him for my first fight."

Rodtang bringing his high octane striking style and ironclad chin would be a sight to behold, and against Haggerty, it's certainly a salivating proposition, one that fans would no doubt love to see.