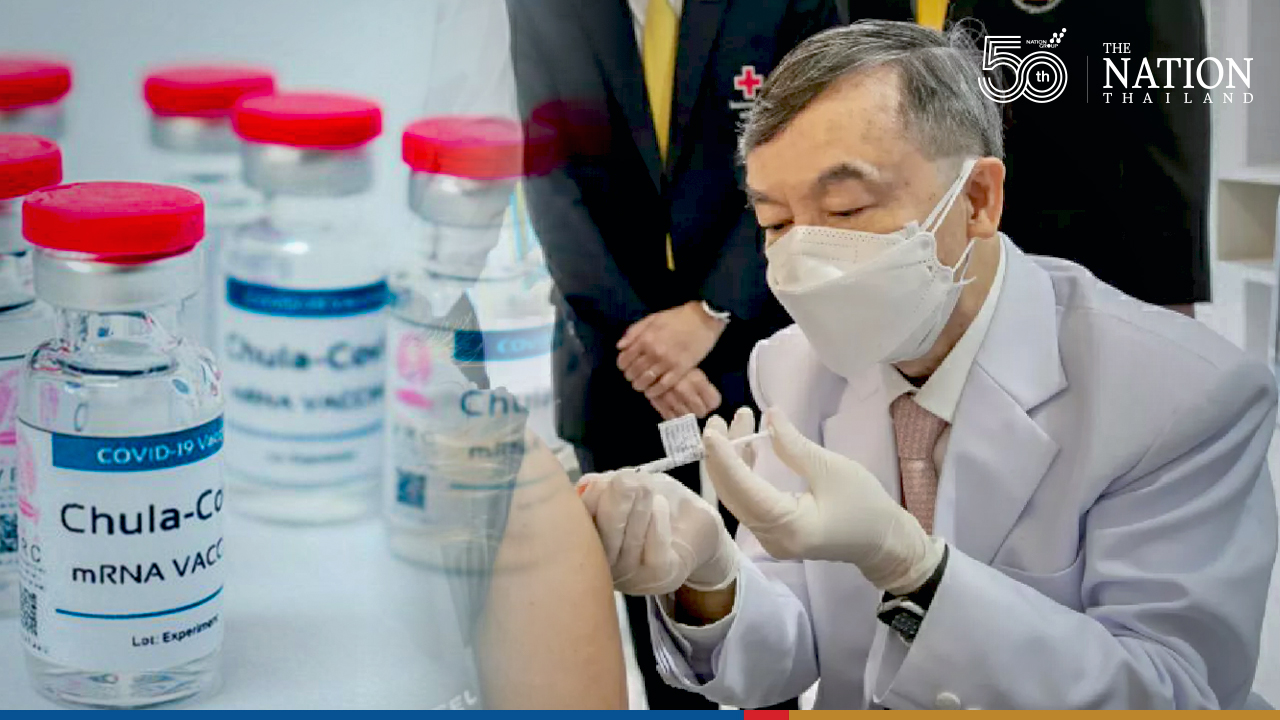 A group of 36 volunteers aged 18-55 were given two shots of the vaccine and experienced no serious side effects after seven days. Some developed mild or moderate side effects which improved within 1-3 days.

ChulaCov19 stimulated similar levels of antibody-based immunity as other mRNA vaccines such as Pfizer BioNTech and Moderna, while generating much higher protection against the original strain of Covid-19, said Dr Kiat. This high antibody response is also capable of inhibiting transmission of all four strains: Alpha, Beta, Gamma and Delta. ChulaCov19 also stimulates T-cell immunity, which helps to eliminate and control the virus in the cells of infected people.

Phase 2 trials on volunteers will begin around August 25.

Dr Kiat expects ChulaCov19 to be available by April 2022. Researchers will transfer the technology to Bionet Asia for immediate mass production.

ChulaCov19 vaccine can be stored at refrigerated temperatures of 2-8°C for 3 months and room temperature (25°C) for 2 weeks.