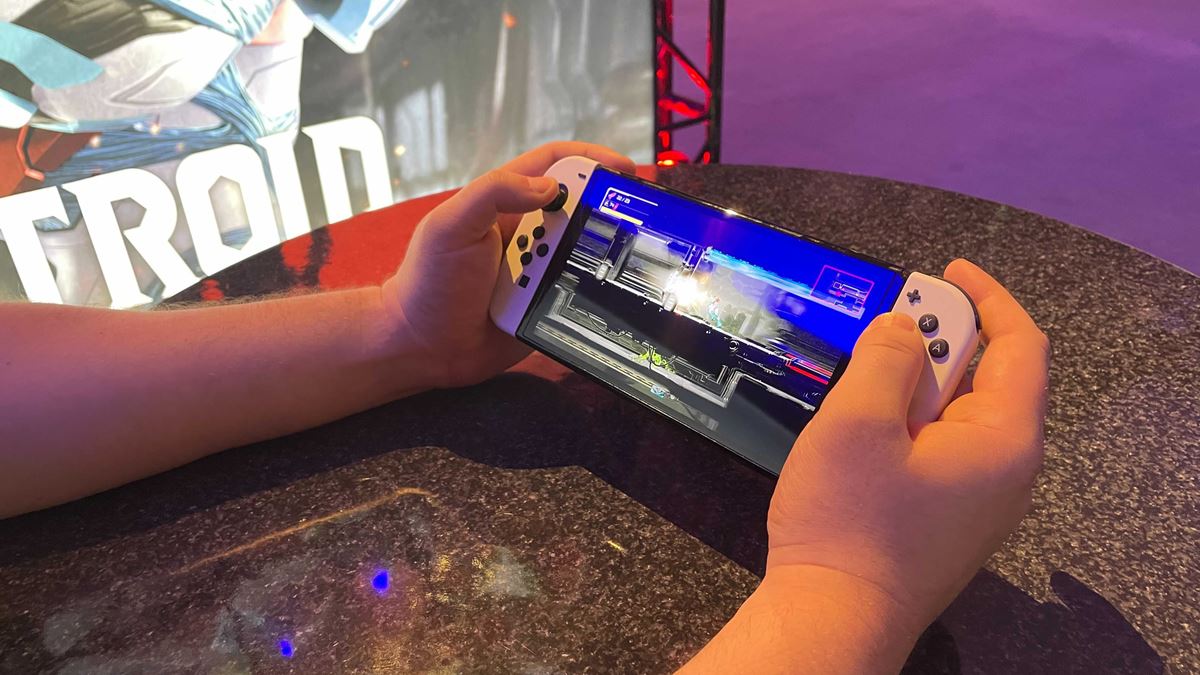 The Nintendo Switch OLED model is sleek, vibrant and still not enough

The Nintendo Switch OLED model is coming soon, and even though it boasts a sleek design, has vibrant colors and impresses with its graphics, ultimately its still not a very exciting upgrade.

Nintendo is basically serving up gamers another version of its best-selling 2017 console that is nearly identical besides its nicer screen.

The Switch OLED costs $50 more than the standard Switch and $150 more than the Switch Lite. For that price, Nintendo has upgraded the Switch's screen to a seven-inch OLED touch screen (rather than the 6.2-inch LCD screen of the standard model), doubled the storage space and added a port to the console dock so people can hardwire into their Internet router for a stronger connection. In a preview event, The Washington Post was able to get over an hour with the Switch OLED and the game "Metroid Dread," both slated for an Oct. 8 launch.

The Japanese company has sold more than 89 million units of the Switch so far, making the console one of its most popular ever, ahead of the Nintendo 3DS, the Nintendo 64 and the Game Boy Advance. In the years following the Switch's launch, Nintendo has continued to serve more consoles to the market, releasing a handheld-only version, the Switch Lite, in 2019 and various themed Switches for fans of specific game franchises.

The main things to like about the Switch OLED are the enhanced graphics. But one can imagine that for many Nintendo games, starring amorphous blobs or turn-based combat, the slight improvements to vibrancy, sharpness and overall crispness of animations might not make a huge difference. The new console provides a small boost that fans of the Switch's online multiplayer titles might really appreciate, because hardwiring into the Internet coupled with a longer, sleeker screen could ultimately mean improved performance in games like "Super Smash Bros. Ultimate," "Splatoon 2″ or "Mario Golf: Super Rush."

It's fitting, then, that Nintendo chose to showcase the upcoming action-adventure game "Metroid Dread," which follows Samus as she explores passageways, runs from robots and loads different blasters into her arm cannon. The early cutscenes in "Metroid Dread" are rendered in bright red and clean, white colors, with details looking visibly clearer than how graphics usually look on the regular Switch or the Switch Lite. It's still easy to notice that the Switch OLED model has 720p resolution on handheld mode, and while that's not a bad resolution on a small screen, it makes you wonder how much nicer the graphics could get if Nintendo bumped it up to 1080p in handheld mode.

In TV mode, though, the Switch is only as good as the TV that's being used, rendering the fancy magic of the OLED display moot. Both the OLED and standard Switch models go up to 1080p via an HDMI cable in TV mode, which is still far from the 4K resolution of the new Switch's latest console rivals, the PlayStation 5 and Xbox Series X.

The Joy-Con controllers, too, are nothing new, though the new Switch is backward compatible with older Joy-Cons. That's good news for anyone who has bought themed Joy-Cons, like the blue and green "Animal Crossing" ones or the purple and orange ones sold at retailers.

For all the improvements, the Switch OLED model is only slightly heavier than the original Switch, but because of its longer screen size, it also feels different to hold. I found it most comfortable to play while having both hands propped on a table, as holding the console in the air alone felt unwieldy after an hour of dodging and weaving through obstacles.

After all the rumors of a "Switch Pro" with a potential update to storage, graphics and battery life, it's clear the Switch OLED model is not exactly the impressive refresh that fans were hoping for. But maybe for those who have been slow to buy a Nintendo Switch, or those who want to collect them all, the OLED model could find its audience.