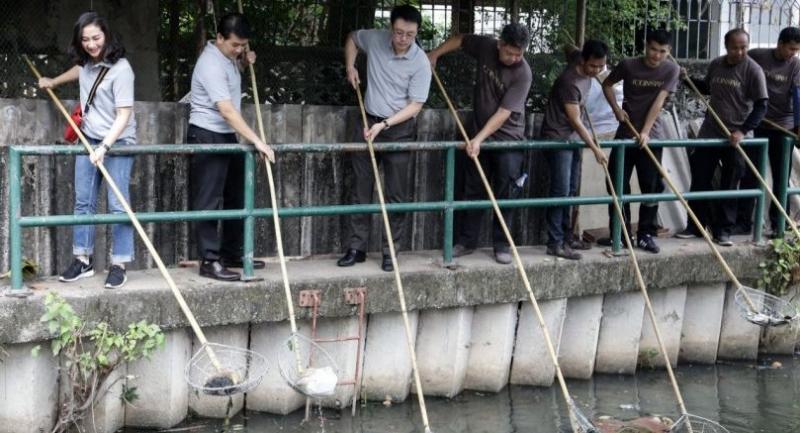 Luxury mixed-use property IconSiam has joined with the Chaipattana Foundation and communities living along the banks of Chao Phraya river for a project that aims to preserve the natural resources and environment of the river.

The objectives are to keep alive the late King Bhumibol’s philosophy on wastewater management, and to engage and raise awareness of local people living along the river about the need to revive and conserve natural resources and the environment, leading to sustainable living.

The project has gratefully adopted the Chaipattana Foundation’s know-how, concept and theory on water quality improvement and efficient water management in response to the King Bhumibol’s Royal Initiatives. Using an integrated approach, the project will incorporate various activities including learning about the ecosystem of water resources and Biochemical Oxygen Demand (BOD).

The project kicked off in Klong San district early in March, targetting the Wat Thong Phleng and Somdej Chao Phraya canals. The physical characteristics of a further five canals, namely Suwan and San in Klong San district, Wat Thong in Bangkok Noi district, and Lad Mayom and Mahasawat canals in Taling Chan district will soon be explored in order to properly plan for the most suitable wastewater treatment method.. All projects are slated for completion by the end of the year and should result in improved water quality and a better balance of the ecosystem.