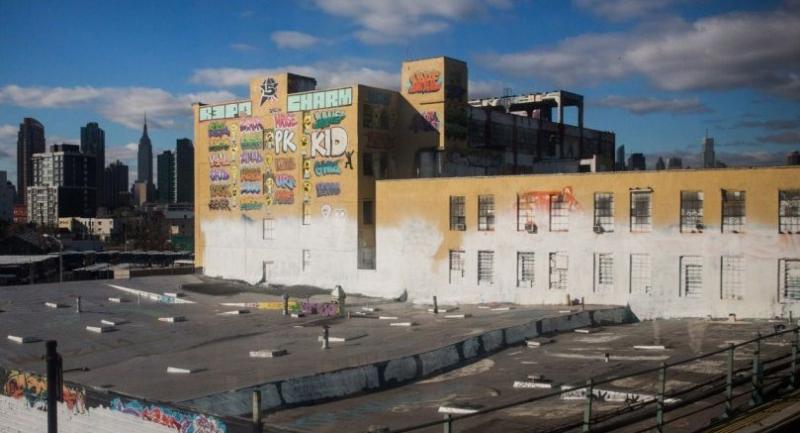 When the writing’s on the walls

SHOULD GRAFFITI be protected by federal law? That is the question a New York jury is deciding after an extraordinary three-week trial. And if so, should a property owner pay damages?
The case pits 21 artists against a wealthy developer. Its focus is 5Pointz, once one of the city’s most arresting sights – a huge building plastered in brilliantly coloured, skilfully executed graffiti that has won international acclaim.
For 20 years developer Jerry Wolkoff invited taggers to showcase their art on the industrial complex he owned, turning it – in the words of the artists’ lawyer into the “world’s largest outdoor open aerosol museum.”
But in 2014 Wolkoff demolished the site, after whitewashing the art, making way for a multi-million-dollar luxury residential towers.
The artists are now suing him for damages, arguing that they should have been given more opportunity to salvage their work before the wrecking ball came in.
They are asking jurors to consider a little known federal law, the Visual Artists Rights Act of 1990 that says any artwork should be protected, provided it is of recognised stature.

A picture shows the historic graffiti mecca 5 Pointz after being painted over by developers in the Long Island City neighbourhood of the Queens borough of New York City. / AFP

“It’s not an easy task, but I’m counting on you,” Judge Frederic Block told jurors on Monday before dismissing them to begin their deliberations.
They must reach a unanimous decision on whether 49 works of graffiti were each of recognised stature, whether the whitewashing constitutes mutilation and if so, whether that prejudiced the artist’s reputation and honour.
If they determine that, then jurors can subscribe damages that can run from hundreds to tens of thousands of dollars, although the judge will have the final word on any amount awarded to the plaintiffs.
It’s far cry from the 1970s, when taggers would spray subway cars or warehouse walls in the dead of night, dodging police then slipping into the shadows to avoid arrest.
Until its demolition, 5Pointz attracted families, teachers, tourists and artists, and brought down crime in the area, argued Eric Baum, lawyer for the artists.
“Art should be protected, it should be cherished, not destroyed,” said Baum, calling 5Pointz a “cultural institution.”
“You are the first jury to determine a case of this kind.” The artists say that Wolkoff was obligated to give them 90 days written notice of his intention to remove and destroy the art, and that because he did not he damaged their honour and reputations.
The plaintiffs have sought to present street artists as the heirs and descendants of Europe’s Old Masters.
New York University lecturer and contemporary art expert Renee Vara called 5Pointz “not much different to the Metropolitan or to MoMA” in reference to New York’s two most fabled art museums.
“It’s not different to Michaelangelo’s Sistine Chapel, it’s just a different medium,” she testified of one of the murals.
But David Ebert, the lawyer for Wolkoff, says the artists always knew the building was going to come down and that there is no evidence their reputation was harmed.
“The white washing, of course it was devastating,” Ebert said. “We’re not fighting that, but that doesn’t translate to you have to give me money.”
He said there was no evidence that the artists lost jobs, money or opportunities, on the contrary that 5Pointz boosted their careers.
“How did Jerry become the bad guy and the artists became angels?” he asked.