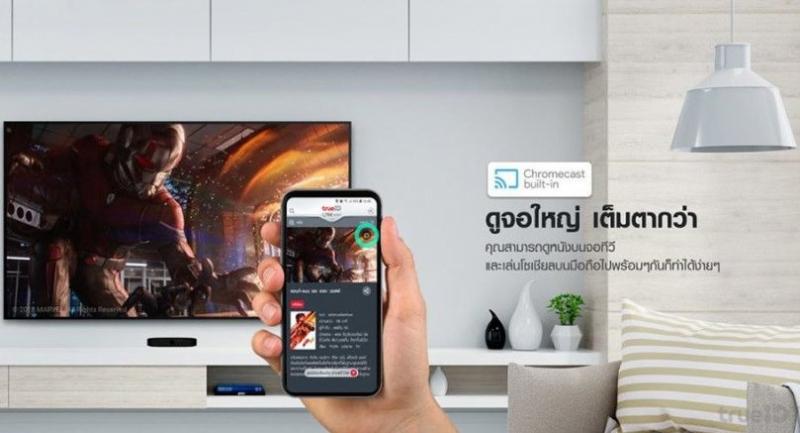 A new IPTV Box from True windens your entertainment options

THE NEW TrueID TV box is an Android IPTV box that can turn your set into a smart TV, allowing you to play games, use apps and stream movies from TrueVisions and other content providers.

It’s pleasingly unobtrusive too, measuring just 115 x 115 x 22 millimetres (length x width x height). Running on the Android TV 8.0 operating system, it’s powered by an Amlogic S905X processor and it has 2 gigabytes of working memory and 8 GB of internal storage. Four GB of the storage is used for the OS and TrueID app platform, leaving some 4G space for other apps and content. The box is capable of displaying 4K video and Full HD and HD videos at a resolution of 1080p and 720p. Its video decoder is capable of decoding MPEG-2, AVC/H264 and HEVC/H.265 video coding and, as an added bonus, it can also play music files in MP3, AAC, and WMA formats.

The box has an HDMI 2.0 port for connecting to your 4K or Full HD TV. To connect to your home theatre audio system, the Optical SPDIF digital output port.

The TrueID TV box also has two USB 2.0 ports for connecting to external hard drives or flash drives and a microSD slot for accessing files on a microSD card.

The box comes with a remote control that supports Google Assistant voice commands and in any case is pre-installed with the TrueID TV app so you don’t have to use the app on your smartphone and cast the app’s content to your TV using Google Chromecast. That said, it does have a built-in Chromecast so that you can stream content from other apps and providers to the box to be displayed on your large screen TV.

Once you have logged in to the TrueID TV app on the box, you will automatically get access to the TrueID Basic HD package that gives you access to 54 live TV channels including the digital terrestrial channels that are streamed via TrueVisions.

Once you buy the box, you will get a code to activate free access to the TrueID Ultimate package for six months. After the six months, you can subscribe to the IPTV package for Bt199 a month.

The TrueID app also allows you to watch new HD movies from six leading studios. Each account is entitled to watch five movies free a month after which you can pay to rent it. You can also use 59 True points to rent a movie. You will earn True points by using various True services, such as mobile phone and Internet access services.

The box comes with fast W-Fi connection to 802.11ac and a LAN port. True advises you to use the LAN cable connection for more stable streaming.

During the test, I found the box was very easy to set up. I tested it on TrueOnline’s True Super Fiber package of 50 Mbps download and 20 Mbps upload speed.

After turning the box on, the display instructed me to press and hold the OK button on the remote until the box went online. It then downloaded and upgraded its OS automatically.

Since it runs on Google’s Android TV OS, the box advises you to use the Google app on your Android smartphone to set it up. The setup was completed in a breeze and you can use the Android phone as remote control for the box.

After the setup was completed, I logged on to my TrueID account on the TrueID TV app and enjoyed streaming movies and Live TV channels from TrueVisions. The streaming was smooth and the movies looked sharp and beautiful.

You can also use the Play Store to download more games and apps to be used on the box. I tried downloading and using iflix app and the movies streamed via the app played smoothly.

The TrueID TV box has a suggested retail price of Bt2,490. True customers can use 500 True points to get Bt500 discount and pay Bt1,990 for the box. If you subscribe to the convergence services of TrueOnline, TrueMove H and TrueID TV starting from Bt899 a month, you can get the box for free.