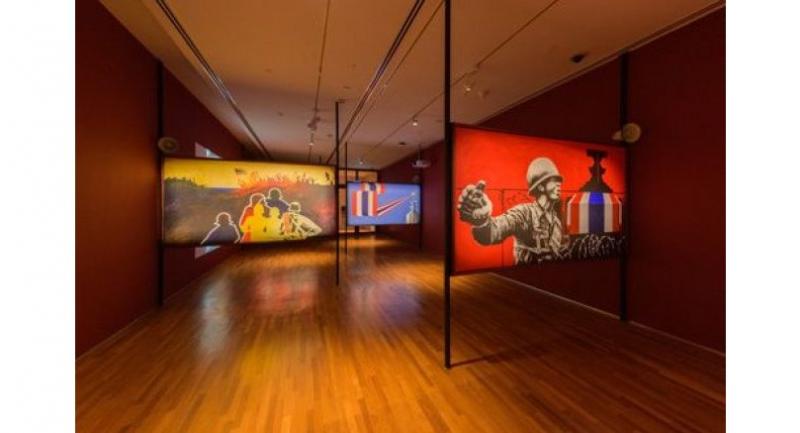 Art and activism in Asian society

The National Gallery Singapore explores the intersections between art and social activism in Asia through a new exhibition “Awakenings: Art in Society in Asia 1960s-1990s” from tomorrow (June 14) to September 15.

Featuring 142 provocative artworks by more than 100 artists from 12 countries in Asia, the exhibition is jointly coorganised by the Gallery, the Museum of Modern Art Tokyo, the Museum of Modern and Contemporary Art Korea and the Japan Foundation Asia Centre. It chronicles one of the region’s most turbulent periods through a transnational artistic lens, with a focus on the radical qualities of experimental practices in Asia.
“While Asia is known for its diverse cultures, languages and traditions, the countries also have much in common artistically. ‘Awakenings: Art in Society in Asia 1960s-1990s’ reveals unexpected connections and resonance across the region, spurred by a collective hunger for change, innovation, and the desire to achieve social communion through art. It also aims to shift the perspective that the artistic revolutions in Asia were largely influenced by movements from the West to how experimental art emerged from local social and cultural contexts,” said Dr Eugene Tan, director of National Gallery Singapore.

Four years in the making, the exhibition draws on the expertise, collections and networks of the three institutions to illustrate this multilayered history for the first time. It is structured in three sections – Questioning Structures, Artists and the City, and New Solidarities. Artists at that time found intersections between art and activism as they questioned invisible but dominant structures of power in society. They sought to express the struggles felt by the marginalised with the rise of rapid urbanisation and consumer capitalism.
Artists began to experiment with new technologies and materials to capture local stories, including using their own bodies in performance art, photography and video and incorporating everyday objects into installations. At the same time, new artistic collectives formed around the region, using art as a means of sociocultural communication, and developing localised responses to some of these shared issues.

The exhibition will feature a significant selection of works from Southeast Asia, exploring the intersections of experimental practices in the region, and their social and political contexts, with the rest of Asia and beyond. Major works include “Reptiles” (1989, remade in 2013) by Huang Yong Ping and “Eceng Gondok Berbunga Emas” (“Water Hyacinth with Golden Roses”) (1979, remade in 2017 and 2019) by Siti Adiyati. Tang Da Wu’s seminal work, “They Poach the Rhino, Chop Off His Horn and Make This Drink” (1989) will also be exhibited for the first time in this exhibition since its acquisition by the gallery.
To guide visitors, informative wall labels, audio guides, exhibition brochures and a richly illustrated catalogue will be available onsite. A detailed timeline tracing key moments in the region’s history in relation to the evolution of its various art scenes will also be available on the gallery’s website. In addition, a diverse programme of artist talks, curator-led tours, workshops, panel discussions and a symposium will enrich visitors’ experience of the exhibition and inspire insightful conversations.
Learn more at www.NationalGallery.sg/seedo/programmedetail/28983113/awakeningsartinsocietyinasia1960s1990s.