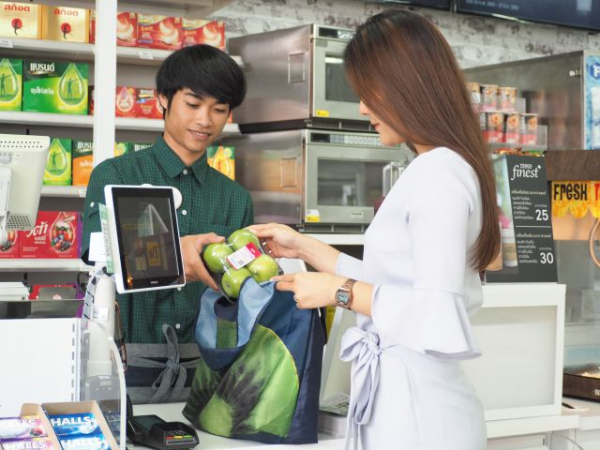 Awareness of waste pollution awareness might have been growing since 1950s but so has the amount of waste we produce all over the globe.

That pollution is having a dire effect on land, waterways and oceans. In Thailand, each person produces an estimated one kilogram of waste per day. Multiply that by population number and number of days and the figure is phenomenal.

In an effort to solve the problem, the government is collaborating with several private companies and individuals to turn Thailand into a “zero-waste society”. As part of that initiative, the Department of Environmental Quality Promotion has launched “Mission Zero Waste”, an educational book containing useful guideline for the young generation on how to reduce, reuse and recycle their waste.

The Mall Group has launched “The Mall Group Go Green: Green Everyday” to encourage shoppers to use their own cloth bags and avoid using plastic bags on a daily basis. Those in need of a plastic bag will be asked for a Bt1 donation for each one, with proceeds going to fund environmental conservation work by WWF-Thailand.

Tesco Lotus also announced their non-plastic bag campaign. As part of the campaign, it has already banned plastic bags distribution at some Tesco Lotus Express outlets, including three in Koh Chang Island. Tesco Lotus introduces non-plastic bag campaign at some of its Express stores in Koh Chang.

Central Group’s campaign, dubbed “Central Love the Earth: Say No to Plastic Bags”, was launched on June 5, with a vow to reduce the use of more than 150 million plastic bags this year. The campaign aimed to make Central the first plastic bag-free supermarket chain in Thailand.

HomePro introduced its “No Plastic Bags” campaign on July 1 in a follow-up to its successful non-plastic-bag policy on every 4th, 14th, 24th of the month. Those in need of a plastic bag will be charged Bt1. Siam Makro group has been environmentally friendly and had a non-plastic-bag policy for 30 years. Since April, they’ve aimed for further environmentally safe protocols by launching the “Say Hi to Bio, Say No To Form” campaign to encourage smaller retailers to use more biodegradable packaging.

Meanwhile SCG and Dow Chemical are collaborating on a recycled plastic road at the the RIL Industrial Estate, which is regarded as a model project for maximizing the useful life of plastics. The project began with plastic waste sorting at SCG and communities in Rayong, in which plastic and thermal bags were shredded and mixed into the asphalt used in paving the road. The test showed that the plastic mixture contributes to better strength and superior erosion resistance of roads. The prototype road creates value for plastics that are not generally reused or recycled appropriately and brings sustainability to communities, society, and business.