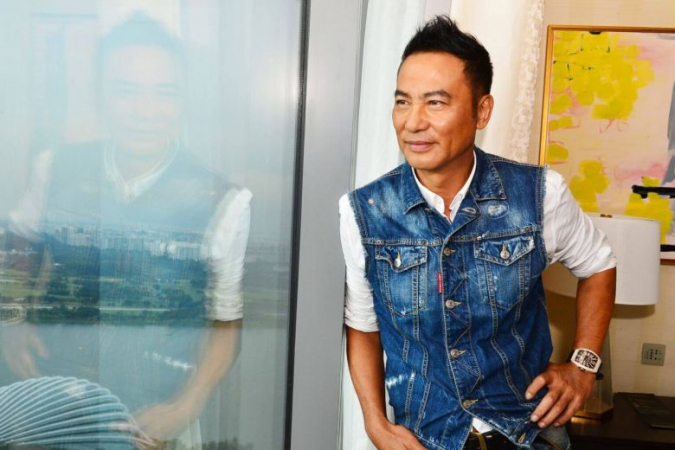 Simon Yam, 64, hopes that help can be extended to the man who surprised him on stage at a promotional event in Zhongshan in Guangdong province./photo by Lianhe Zaobao

Simon Yam is not going after the man who stabbed him last Saturday (July 20) in China.

Now recovering in Hong Kong's Adventist Hospital after a successful second operation on Sunday (July 21), his manager told Sin Chew Daily that the actor is more concerned about the assailant's state of mind.

Yam, 64, hopes that help can be extended to the man who surprised him on stage at a promotional event in Zhongshan in Guangdong province.

Yam received minor injuries to his abdomen and hand after he was slashed by the man who used a knife.

Doctors first treated him in China before Yam was transferred to Adventist to make it easier for his family to take care of him.

Sin Chew Daily quoted the actor's manager as saying that "we do not want to take action. We just want to understand what happened. What made the man snap?"

Speculation has it that the man - who has been detained by the police - is mentally unstable and had planned the attack for some time.

The incident also sparked the Chinese media to call for more support for those with mental health woes, noting that their families can do only so much.

An editorial in Guangming Daily urged society not to shun or discriminate against those afflicted with mental disorders,

Meanwhile, Yam has thanked his fans for their concern via Weibo with his post accompanied by a photograph of a teddy bear - likely to be from his 14-year-old daughter Ella - and flowers.

He is now in a normal ward, with his manager expecting Yam to be discharged in two or three days' time.