By By Yoon Min-sik
The Korea Herald/Asia News Network

Director Jason Kim’s upcoming film “The Divine Fury” seeks to break ground in Korean cinema by starting a cinematic universe, though the concept has not arrived here yet.

Even more daring is Kim’s attempt to do so with an occult film -- a genre that has been a hit and miss when it comes to Korean movies.

“During my visit to France, I saw a statue of an angel suppressing the devil. (The statue) embodied an enormous struggle, which got me thinking (about the possibility) of making a (film) universe in Korea like Marvel or the “Conjuring” universe, in which (characters) can fight,” the director said during a press conference for the film in Seoul on Wednesday, explaining how he came up with the idea for the flick.

Kim said he discussed the possibility with Park Seo-joon, the main lead of the film, with whom he had worked on the 2015 hit “Midnight Runners.” They shared the vision of starting a cinematic universe.

Park plays the role of a mixed martial arts fighter, Yong-hu, who has lost faith in the world after losing to his father in his youth.

He discovers a scar of unknown origin on his hand and seeks help from Father Ahn, an exorcist and priest from the Vatican, played by Ahn Sung-ki. They team up to find a “bishop of the evil,” Ji-sin, played by Woo Do-hwan.

Playing his first big screen role in two years, Park, 30, said he put a lot of thought into playing Yong-hu, a character with a dark side.

“I’ve played many characters that are upbeat and positive, but this is a type of character I’ve always wanted to play. ... There were a lot of question marks on how I would appear on screen visually, and in terms of portraying (the character),” he said.

Ahn, whose acting career spans over six decades, joked that this role was one that “only he could play,” perhaps a nod to the role of an exorcist priest he played in the 1998 “The Soul Guardians.”

Coming out of a years-long hiatus, he said he wanted to meet as many viewers as possible through the new film. “I felt like I could demonstrate a tremendous energy for my age,” he said.

Playing his first big screen role, Woo said his character has a “reason for being evil.”

“The most charming thing (about my character) was that he is quick to figure out what other people are like, because it is his job to dazzle and deceive them,” he said. 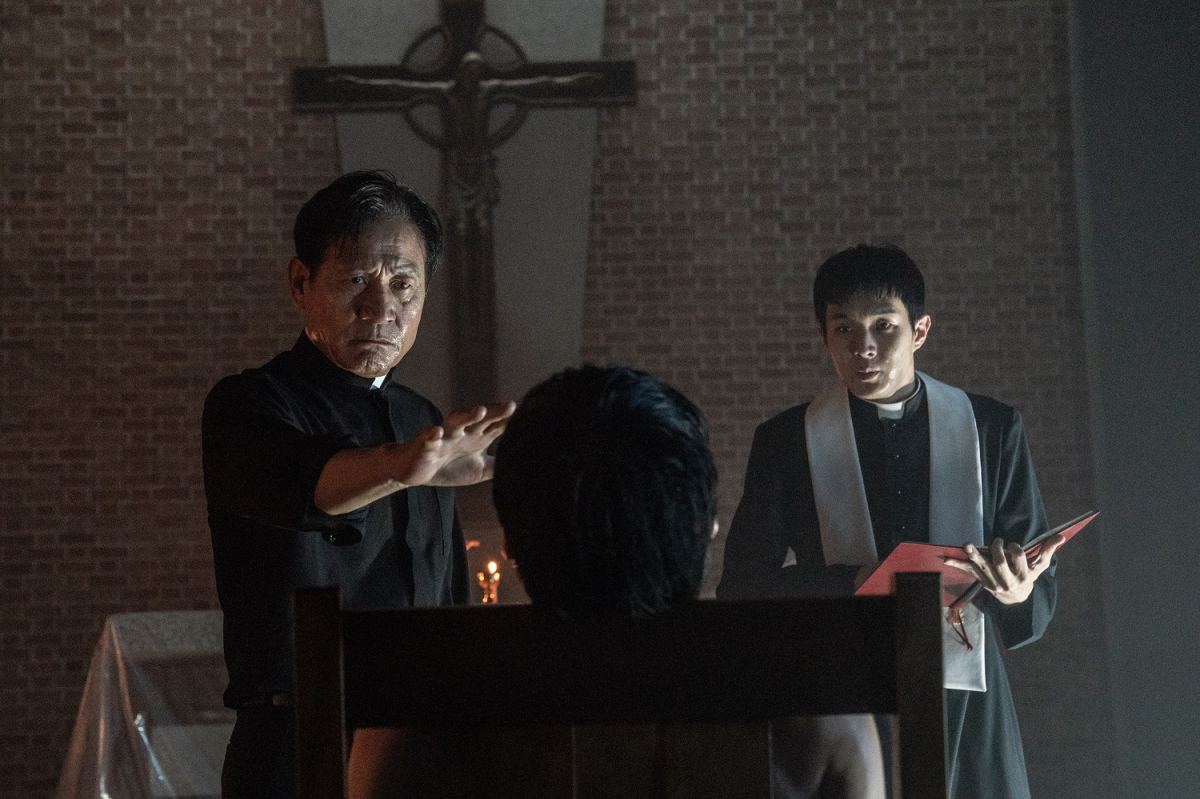 Whether the film will go on to build a cinematic universe remains to be seen.

“I think there are plenty of elements in our movie to create a universe. But we still need characters, or heroes. This movie sets up a lot of the necessary characters,” said the director.

One such element could be the presence of Ahn. “Ahn is like Nick Fury (of the MCU),” Kim said, hinting that the veteran actor would continue appearing in his film universe to be built up in upcoming movies. 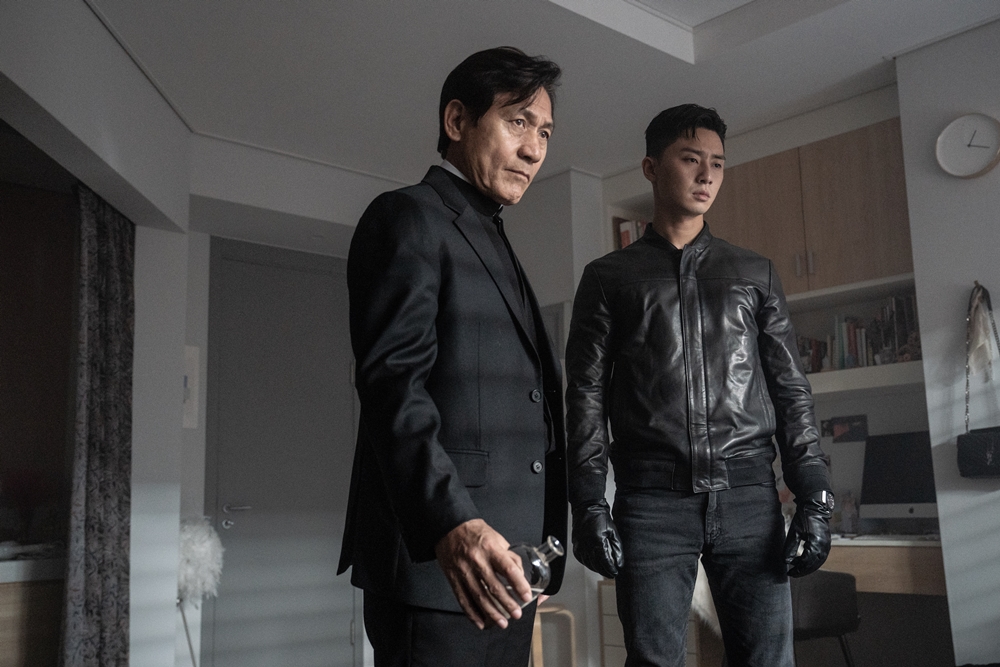