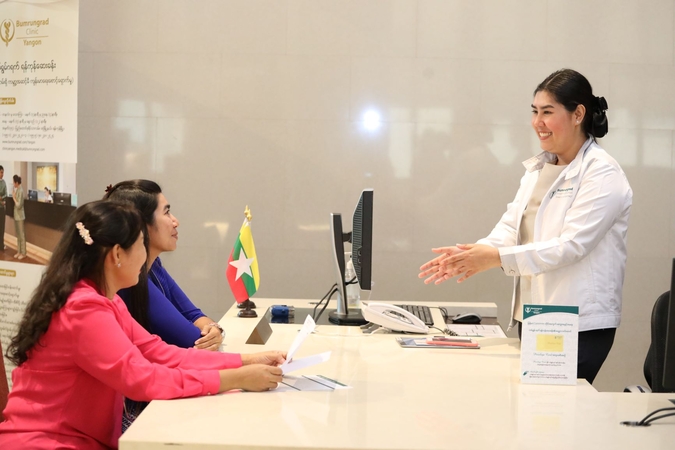 Long a popular choice among those seeking medical treatment, Thailand currently sees more than a million foreign patients every year, a number that is likely to increase.

Many of these medical tourists speak little or no English or Thai and so many leading private hospitals provide interpreters to ensure that doctors, nurses and patients can communicate and thus avoid linguistic misunderstandings.

Referred to variously as cultural liaison officers or service centre staff, the interpreters provide invaluable services to patients and medical practitioners alike. An ability for patients and healthcare professionals to communicate is fundamentally important to the safety and comfort of the patient during care, so interpreters are on hand to assist patients at each step from admission, examination, consultation, treatment procedures, and more.

Top-ranked private hospitals like Bumrungrad, Bangkok Hospital and Samitivej, all of which are popular with foreign patients, provide interpreters in several languages including Arabic, Bengali, Myanmar, Khmer and Japanese. Their duties vary according to hospital policy and the management system but all are able to ensure direct communication between the provider and patient by interpreting each expressed concept thoroughly and accurately in the language of the listener.

Kyawt Andra Swe has been working as Myanmar interpreter at Bumrungrad Hospital since 2008. Now manager of Myanmar Patient Liaison, Andra says that 28 Myanmar interpreters are on hand to deal with an average of 380 cases per day. The high and ever-increasing demand for Myanmar interpreters is being met, in part, by the rise in Myanmar natives coming to study at Thai universities, especially those near the border like Mae Fah Luang University in Chiang Rai.

Andra, 41, enjoys the work but admits that the going can be tough, especially when it involves medical terms. She moved to Thailand with her family at the age of five so has no problem understanding the doctors but says it took a while to get up to speed with the medical terms used in the Myanmar language.

“It was arduous at first because I grew up in Thailand but I worked hard to widen my knowledge of the Myanmar tongue. Today, it’s fine and I love working here and am very happy to be able to help patients through their tough time in hospital,” says Andra, adding that she learned a lot from the workshops and courses for interpreters organised by the hospital for the staff.

“But we still don’t have enough people on our team. We deal on average with about 380 Myanmar patients and are forced to use the tele-translator to ease the burden. Even when we are off duty, we remain on call and are ready to receive calls from consultants and help them online too,” says Andra.

“We provide our service from the moment the patient walks into the hospital. Aside from accompanying them when they meet with the doctors, we also help them when they need to find a hotel to stay or when they go outside. The hospital provides an agency to accommodate them when they are in need,” says Andra.

At Bangkok Hospital, patients from Cambodia are also increasing even though the medical facility now has a hospital in Phnom Penh. Many Cambodian say they choose to come to Bangkok because they want to see the doctors whose names have become famous in their country. 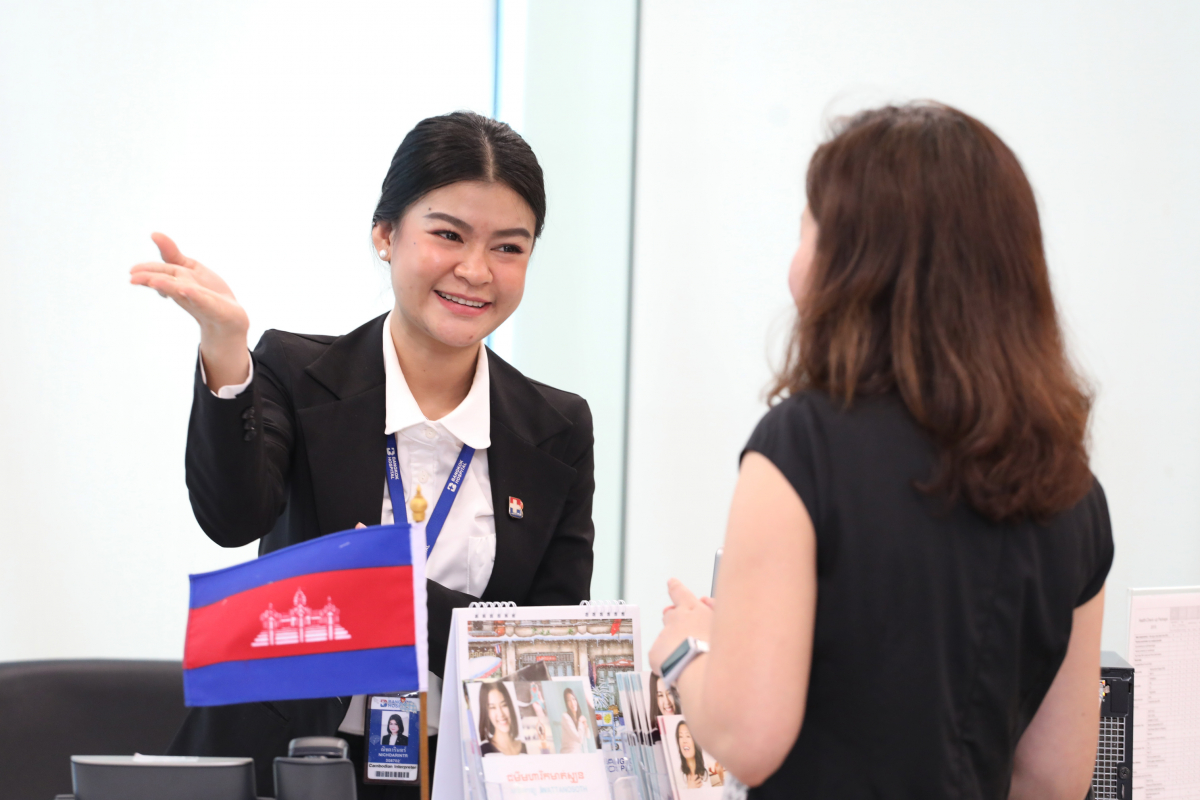 started working as a translator at Bangkok Hospital in 2011 and says that while Cambodian patients are fewer in number than those from other countries, the doctors still see some 30 to 40 cases every day. There are now has eight interpreters on standby, though as some patients speak English, they don’t need a translator. “When we are on call, we assist them by providing interpretation,” says Nichadarintr. The hospital also provides an immigration counter and an interpreter to help them deal with embassies and hotels.

Samitivej Hosptial Sukhumvit, meanwhile, is the main hospital for the Japanese. Located in an area that’s home to a large Japanese community and with long-time dealings with Japanese firms, the hospital introduced its Japanese language service in 1997 and recently opened a fully-fledged Japanese Hospital as part of its complex. This is now seeing some 200 babies born to Japanese parents every year and Samitivej is recognised as the biggest Japanese Hospital in Asia (outside Japan). It currently employs 30 full-time Japanese interpreters and 24 part-time staff. Thanks to its partnerships with hospitals in Japan, the hospital has also a small staff of Japanese doctors and nurses and currently handles between 300 and 400 cases per day.

Siriporn Singhajindawong the assistant department manager of the Japanese Service Centre and her colleague Piyawadee Artnonla have been working with Japanese patients for years. Siriporn was a nurse at a public hospital before landing a one-year scholarship to study in Japan, where she perfected not just her language skills but also her understanding of the culture. “Interpreters also help provide a better understanding of a patient’s cultural background and how it may influence essential healthcare decisions. In Japanese culture, sometimes they don’t speak straightforwardly and thus sometimes Thai medical staff don’t understand what they are saying. We are careful not to interpret their intentions but focus on translating accurately and do not add our interpretation. We also tell the doctors that the (Japanese) patients want doctors to listen to them,” Siriporn explains.

In some situations such as when they have to wait, Japanese patients are disciplined and punctual, she continues. They want to know how long they have to wait and will respond by waiting quietly. They do however become upset if they are kept waiting for too long and nobody explains to them what is happened. Myanmar and Cambodian nationals on the other hand, simply sit and wait.

In all cases though, overseas patients become upset at communication misunderstandings, both verbal and non-verbal. Getting it right on all these occasions is important.

All the interpreters find the medical terms tough at first but say they learn and improve over time. The other difficult situation they face is dealing with grieving patients after a loss. Rotation between departments and units helps enhance their understanding and knowledge and also relieves stress.

“The work is tough and the explanations given by doctors to patients and their families are unique to each case. We try to keep our staff fresh by not keeping them on each department for longer than two days,” Andra says.

Even the health problems tend to vary by country. Most Myanmar patients at Bumrungrad come to consult for liver problems including hepatitis B or C and cancers while Cambodians mainly come for a check-up. For the Japanese people, it’s gastrointestinal disease.

Friendships are formed too. Andra became close to a Myanmar couple who had been trying to have a baby. The wife finally became pregnant and the three now return regularly to see their doctor at Bumrungrad. “The child is now seven years old and they are like family now,” she says.

Piyawadee too formed a relationship with an elderly Japan couple living in Thailand who came to Samitivej after the husband suffered a fall. “He was conscious for a few hours then slipped into death,” she recalls. Piyawadee helped the wife deal with the paperwork both at the hospital and the embassy and stayed beside her the whole time to provide support.

“She came back later with some baked goods she had made herself,” she says with a fond smile.