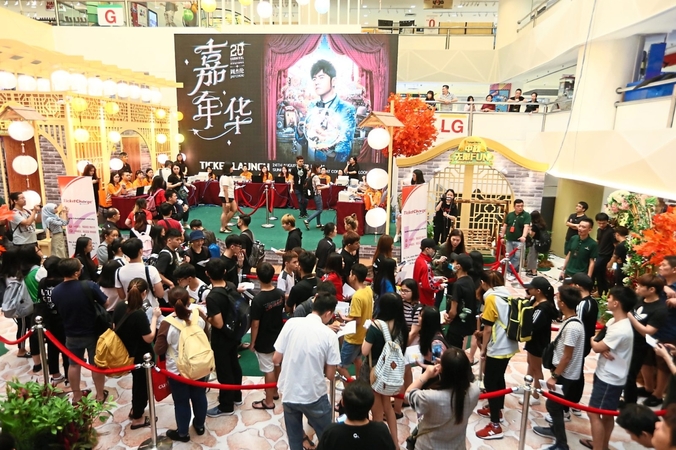 Diehard fans: People queuing to buy Chou’s concert tickets at a mall in Kuala Lumpur./Photo by The Star

FANS of Jay Chou started queuing up four days before tickets went on sale for the Mandopop king’s concert in Malaysia just to ensure they get a chance to see their idol, Oriental Daily reported.

The All New Jay Chou Concert World Tour will be held at the Bukit Jalil National Stadium on Feb 29 next year.

Tickets went on sale on Saturday morning at a mall in Kuala Lumpur.

A female fan started the ball rolling when she went to the mall last Tuesday afternoon and became the first in line.

By 3pm, other fans also started lining up and some of them even brought their sleeping bags and stools.

The concert organiser said only 30,000 tickets were available.