The recent death after a Bangkok party of a “pretty” – a young woman hired by businesspeople to promote sales – has raised concerns over personal safety in this offshoot of the entertainment business.

As police continue to investigate the cause of the woman’s death, citizens are debating the merits of the trade and some of those involved in it are sharing their life stories.

One pretty described her experience in the job as a “lesson in survival”.

A reporter for Bangkok Biz News Online has collected such revelations in a bid to explain why so many women want to work as a pretty, the main bait for which is promises of high wages.

High wages are indeed available, but there is also often risk to health and even life, such as when ill-intentioned individuals are prepared to drug a pretty to take advantage of her while she’s unconscious or semi-conscious.

Gamma-hydroxybutyric (GHB) is known in Thai as the “virginity-loss drug”. A stimulant, it increases alertness but also sexual libido. And it’s readily found in many pubs, whether in tablet, powder or liquid form. The clear liquid is the most possible because it’s easily mixed in a drink unnoticed. 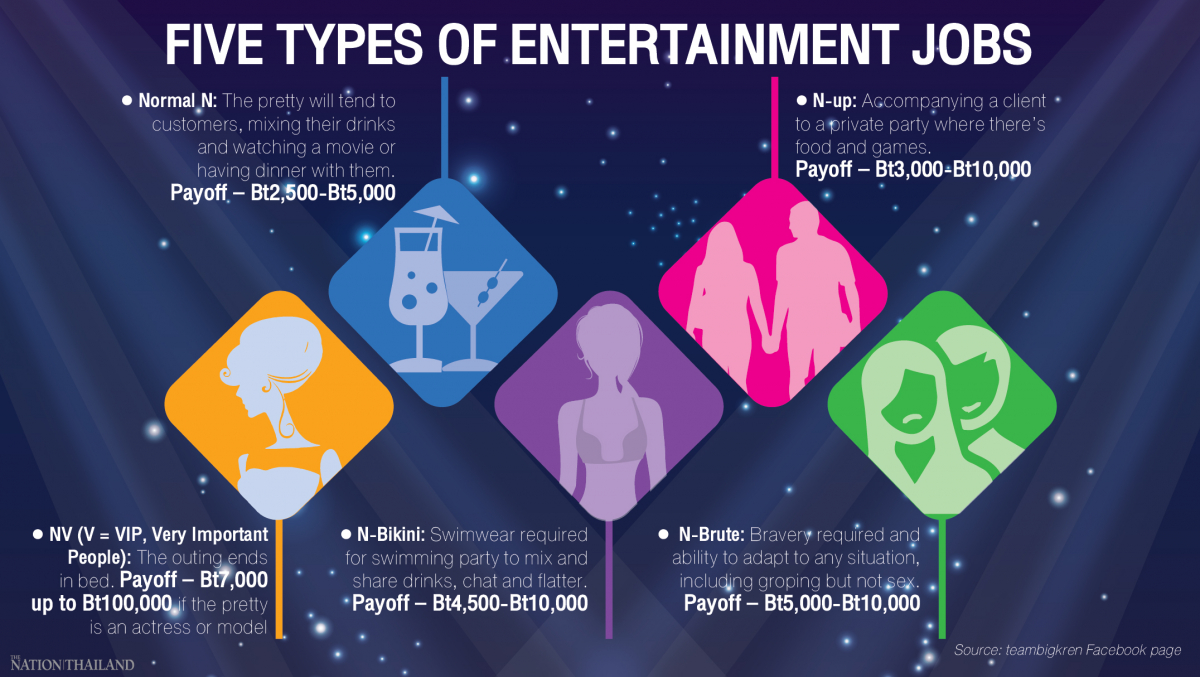 One pretty interviewed for Bangkok Biz News said most people believe that the work, for which no college degree is required, pays Bt3,000 to Bt5,000 a night. But income is uneven and, far more importantly, your virginity and health are often at risk.

“You spent three to five hours mingling with people, drinking, mixing drinks and giving massages, so it’s important to know your limits, know how to refuse, don’t drink too much, don’t drink from the customer’s glass and don’t forget to stay in contact with your relatives,” she said.

“If possible, you should take friends with you and have someone ready to take you home.”