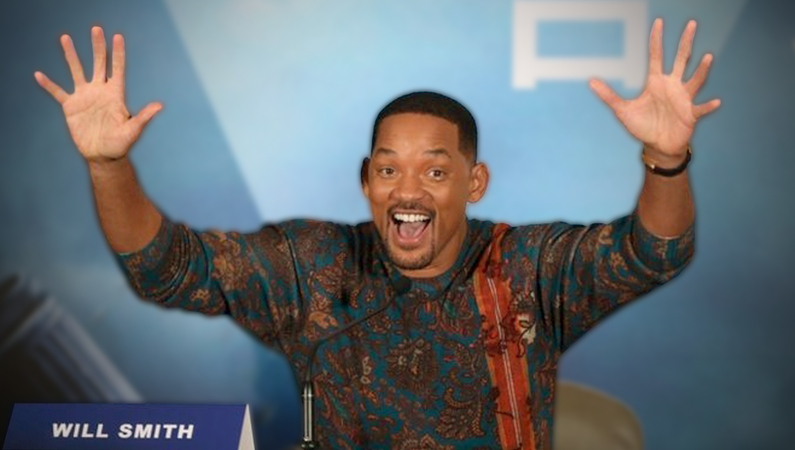 Showing his Chinese speaking skills to the audience, he added: “My Chinese is good now! Hello Taipei, it’s nice to be here” in Chinese. (Lin Po-nien)

Speaking at a press conference for the release of “Gemini Man” (雙子殺手) in Taipei, Smith unveiled that playing in a film directed by Lee was “his dream” — something he first said during his visit to Taiwan six years ago. He said: “I didn’t expect that the Taipei trip really made my dream come true!”

Showing his Chinese speaking skills to the audience, he added: “My Chinese is good now! Hello Taipei, it’s nice to be here” in Chinese.

In addition to Smith and Lee, film producer Jerry Bruckheimer attended the event. Lee said he was grateful to them for coming to his hometown, adding that this kind of friendship is heartwarming.

Smith and Lee arrived in Taiwan on Oct. 18. They visited the Ningxia night market (寧夏夜市) in Taipei on Sunday for a local-cuisine tour, which surprised many people.

Smith also unveiled some interesting stories about him and Lee at the press conference. For instance, Lee placed Smith’s photos all over his office in order to better research how the clone of Smith should look. “It’s like a museum of me!” Smith said.

“Gemini Man” is about an assassin named Henry Brogan (played by Will Smith), who is chased by a young clone of himself that can predict his every move. The movie will be released in a theater near you on Oct.23.