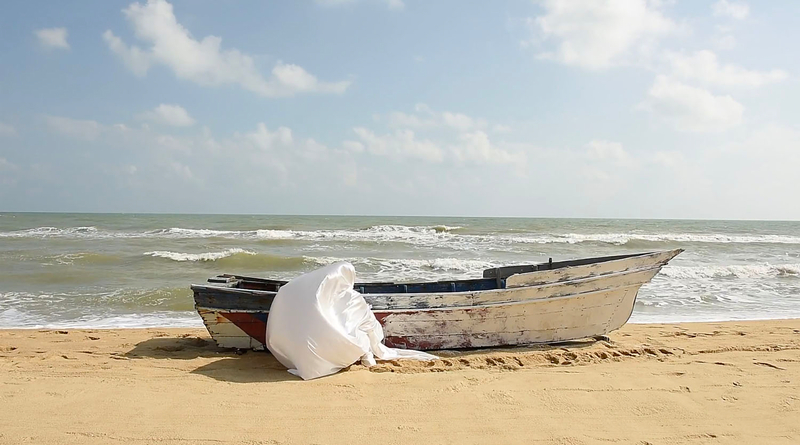 Richard Koh Projects is pleased to announce a curated exhibition by Loredana Pazzini-Paracciani with works by Ampannee Satoh at its premises in Bangkok.

From pervasive beliefs and superstitions in Southeast Asia about otherworldly beings, phantoms and aliens, The Invisible Other exhibition broadens the perception of phantom as invisible spirit to explore another, the subtler dimension of invisibility, that is, social invisibility originated in discrimination and alienation. Featuring works that span documentary photography and oral history, to painting, mixed-media and video installations, the overarching focus of the exhibition is to consider the invisible other in society: the people, or communities that live on the margins because of ethnic, gender, religious or cultural differences. These individuals are but phantoms, alienated from the wider society – they are invisible, yet, they exist.

By migrating from the inside out in the attempt to map alienation from multiple angles, the exhibition is devised as a trilogy unfolding across Richard Koh’s three galleries located in Bangkok, Kuala Lumpur and Singapore. Taking the form of a chapter at each location, the three chapters combined are intended as interconnected chambers to share knowledge in relation to specific concerns of life at the periphery.
For the Bangkok chapter, Satoh presents the video installation Without Lightness, part of her larger series Lost Motherland. The artist shot Without Lightness while onboard a fisherman’s boat on a routine fishing trip at night, along the shores of Pattani, where many Rohingya seek refuge from war-torn Myanmar. The act of sailing out and sailing in Pattani’s harbour resonates with the forced boat journey many refugees embarked on leaving their country or entering the new harbour searching for refuge.
Phantoms and Aliens | The Invisible Other (Chapter 1) is scheduled to run from 28 February – 28 March 2020 at Richard Koh Projects, Unit A, 3rd Floor, N22 Art Warehouse in Bangkok.

For the next events, Chapter 2 held at Kuala Lumpur, Malaysia, during March 3- 21 and Chapter 3 held in Gillman Barracks, Singapore, during March 6-28.
More information on http://rkfineart.com/