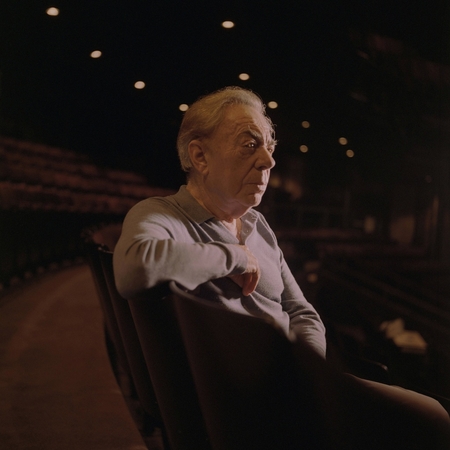 Andrew Lloyd Webber was not throwing away his shots. The first was administered in June, the follow-up in September. As a result, he is a billionaire Broadway songwriter and British lord with a new title to add: guinea pig in the University of Oxford coronavirus vaccine trials.

"I thought, if I'm going to try and start getting people into the theater again, I might as well have a go myself," Lloyd Webber says by Zoom from one of the London theaters he owns, the Gillian Lynne, renamed for the late choreographer of his megahit "Cats."

"They said, 'Well, we really want old, dilapidated people like you for a trial with old, dilapidated people.' So I got onto that one and the interesting thing in the Oxford vaccine results that were published: They find the vaccine is working better on older people. And I mean, I have had no bad response to it at all. None." 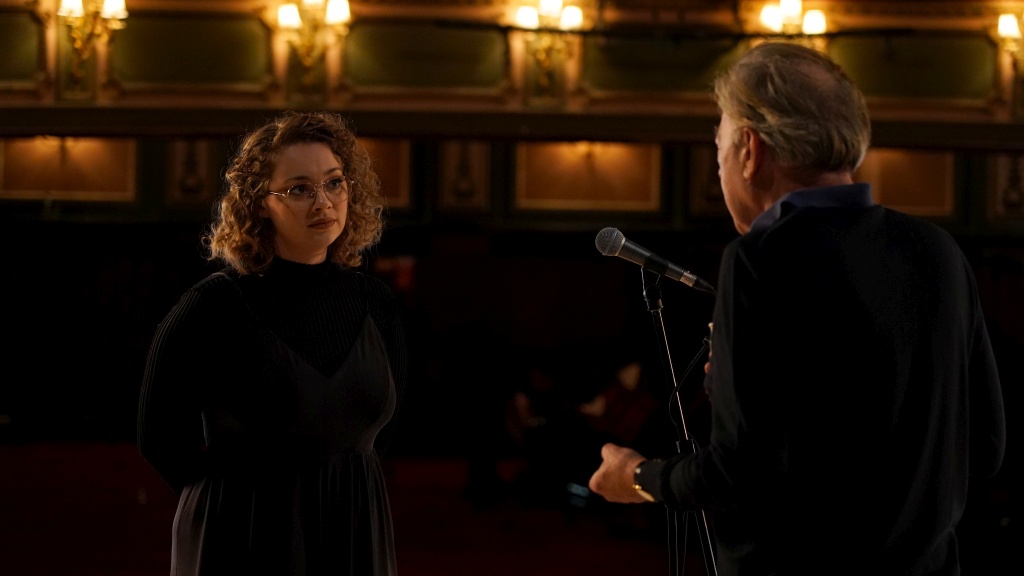 At 72 years of age (that's 14 in cat years), Lloyd Webber bears no signs of decrepitude. As the composer of 20 musicals - with a 21st, a new version of "Cinderella," being prepped for the West End - and proprietor of six London theaters through his company, Really Useful Group, this lord is unique in the business. He's an all-inclusive impresario, the one artist in musical theater who can dream up a show, write it, raise money for it, cast it, put it on one of his own stages and sell souvenir T-shirts to the clamoring crowds.

So maybe it makes sense that a creative force of this magnitude would be the antsiest theatermaker on either side of the Atlantic for a return to something like normality. On the topic of getting theaters reopened safely worldwide, Lloyd Webber is a Pied Piper, testifying at government hearings, pressing industry leaders, giving interviews - participating in vaccine trials.

He's so invested in how to envelop theatergoers in a protective antiviral cocoon that he spent a fortune bringing to his 2,200-seat London Palladium devices from South Korea that emit antibacterial mist as ticket holders pass through them. He said he was about to install them - as they had been used for a Seoul production of "The Phantom of the Opera" - when authorities from Public Health England stopped him out of concern that the spray might damage contact lenses or cause skin rashes.

"So those machines are sitting around," Lloyd Webber says. "I'm going to say they're art installations."

The composer describes such run-ins with British bureaucracy in the wearily incredulous tones of a person toggling between the worlds of fairy tale princesses and Kafka. He is, after all, trying to save theater.

"He's a remarkable cheerleader," says Charlotte St. Martin, president of the Broadway League, the trade organization for Broadway producers and theater owners. She has had a standing weekly call with Lloyd Webber and other Really Useful Group executives for seven months, and she notes that he has even kept her spirits up. While some have scoffed at Lloyd Webber's optimism over reopening, St. Martin says, any naysaying "hasn't slowed him down one bit."

"You know, he volunteered for the vaccine," she adds. "We were all trying to talk him out of it because he isn't a spring chicken, But he was adamant. He wanted to prove people of a certain age could take it and be healthy." 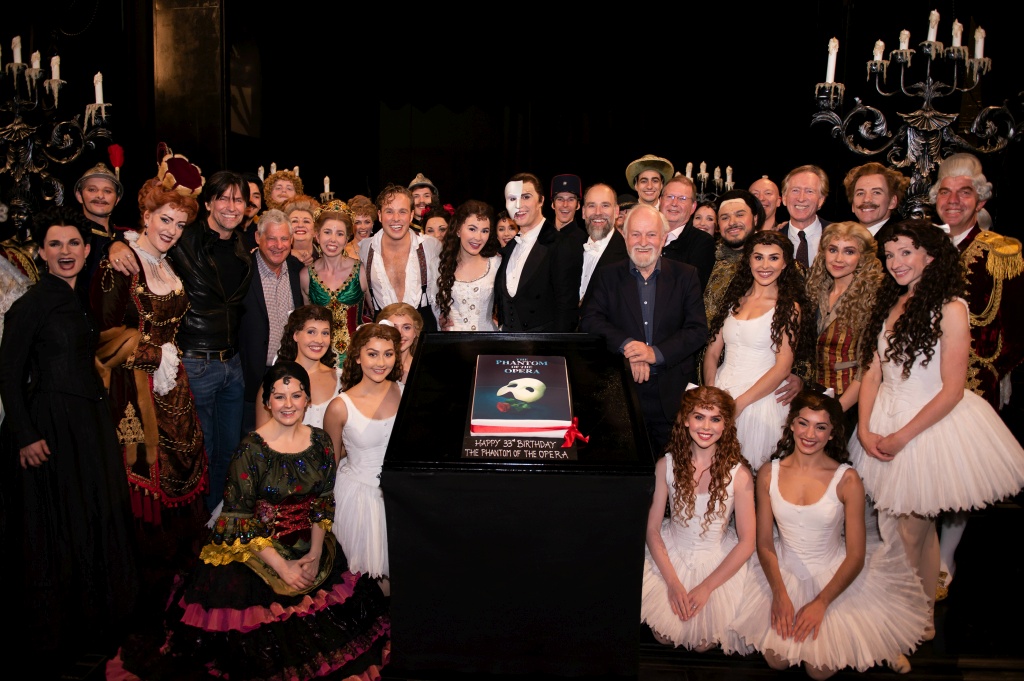 Photo by: Tom Mraz — The Phantom of the Opera World Tour

Theater in Britain, as in the United States, has been on hold since early this year, although for a spell this fall, authorities allowed the Palladium to open again at 50 percent capacity. Van Morrison performed there in late September, and a concert of American composer Jason Robert Brown's "Songs for a New World" was staged in October, before the lockdown was reimposed in London and other parts of Europe later that month.

On the recent morning we spoke, members of Lloyd Webber's team met with government officials - "Hopefully, he'll have fresh dish from No. 10!" his New York publicist emailed - for an update on the shutdown, as the novel coronavirus numbers rose. (Reality check, here: Can we Yanks possibly wrap our heads around the idea of an urgent White House confab with theater executives?)

"From what I'm hearing, it's the usual three steps forward, two steps backwards," Lloyd Webber avers. "It was another government committee today, one wanting to report back to the prime minister about where various businesses are.

"Of course, you keep having to educate them all the time about theater. I mean, the one question I had as I was getting debriefed was, 'Do they realize that theater isn't like a football match?' That ... even if it's an old production, you're going to have to take several weeks to rehearse and get it back up again?"

Lloyd Webber says his company, with its worldwide reach - his "Phantom," produced with Cameron Mackintosh, is the longest-running show in Broadway history - has become a "little bit of a clearinghouse" for information on restarting. "Every other day, I get a call from producers in America and producers around the world," he says, adding: "It's what I love, theater is what I love! We've got to do this!"

That assertion goes unquestioned by his peers and by his Peers. As Mackintosh pointed out in an opinion piece in July for London's Evening Standard that took health officialdom to task for overzealousness, Lloyd Webber's exertions come from a place of passion. "Even the expensively imported Korean hygienic fog machine got condemned as unsafe by PHE - the Marx Brothers would have difficulty topping that," he wrote. "Andrew is trying his best for the profession he loves, for goodness' sake." 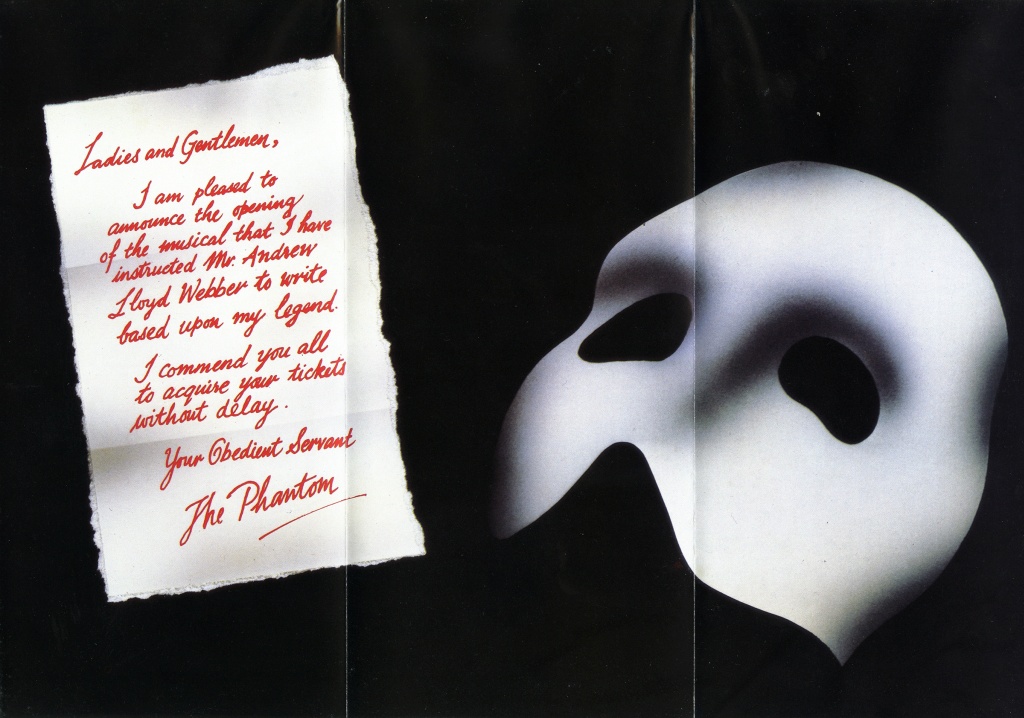 A "Phantom" leaflet from May 1986 announcing the opening of show. MUST CREDIT: Tom Mraz/The Phantom of the Opera World Tour

Photo by: Tom Mraz — The Phantom of the Opera World Tour

The pandemic life of a particularly prolific composer does not, it turns out, offer all that much in the way of downtime. Lloyd Webber has turned the music room in his country house into a studio of sorts to produce the album for "Cinderella," with music by him, lyrics by his "The Woman in White" collaborator David Zippel, and the title role performed by London-born actress Carrie Hope Fletcher. His name and work surfaces regularly in popular culture: An episode of Netflix's recently released fourth season of "The Crown" features Emma Corrin's Diana surprising Josh O'Connor's Prince Charles with an onstage rendition of "Phantom's" "All I Ask of You." Lloyd Webber says it is possible that it really happened, but he cannot be sure: "Gillie (Lynne) may very well have directed her doing that. I can't say 101 percent that I know it's true."

And only reluctantly does he get drawn into a regurgitation of how he stomached the film version last year of "Cats," so widely reviled that some people were reported only to be able to watch it in an altered state. "I'll be diplomatic," he says, and then, entertainingly, he isn't. "I just think it was an extraordinary, possibly, kind of one of the most unpleasant experiences that I've had, being in any way involved in it. But you know, what can you do?" Wistfully, he adds that years ago, Steven Spielberg had expressed a desire to make an animated version. "Anyway," he declares, "it has come and gone."

Right now, though, his focus is on lobbying officials and coaxing back audiences with a full palette of precautions and procedures. In contrast to generally more reticent American producers, who rarely go on the record on this subject, Lloyd Webber seems willing to talk about his efforts for as long as there is battery life in a recording device.

"If you went into the auditorium of, say, the Palladium, the first thing that would happen to you is your temperature is taken," he begins. "They would do that very very quickly. ... The second thing is everything to do with the ticketing ... is contactless. There is no need for any kind of paper."

He goes on to explain the ins and outs of contact tracing through ticket purchasers, the "fogging" of the auditorium with a disinfectant that "stays around for, oh, can be a month but in fact we do it every week." Also, air circulation has been upgraded: "I've spent a lot of money on that," he says. "The theater I'm in at the moment, the air is purer in here than it is outside.

"You would then obviously be asked to wear a mask," he continues. "There would be other factors ... door handles, and anything you touch on the doors are sanitized automatically." 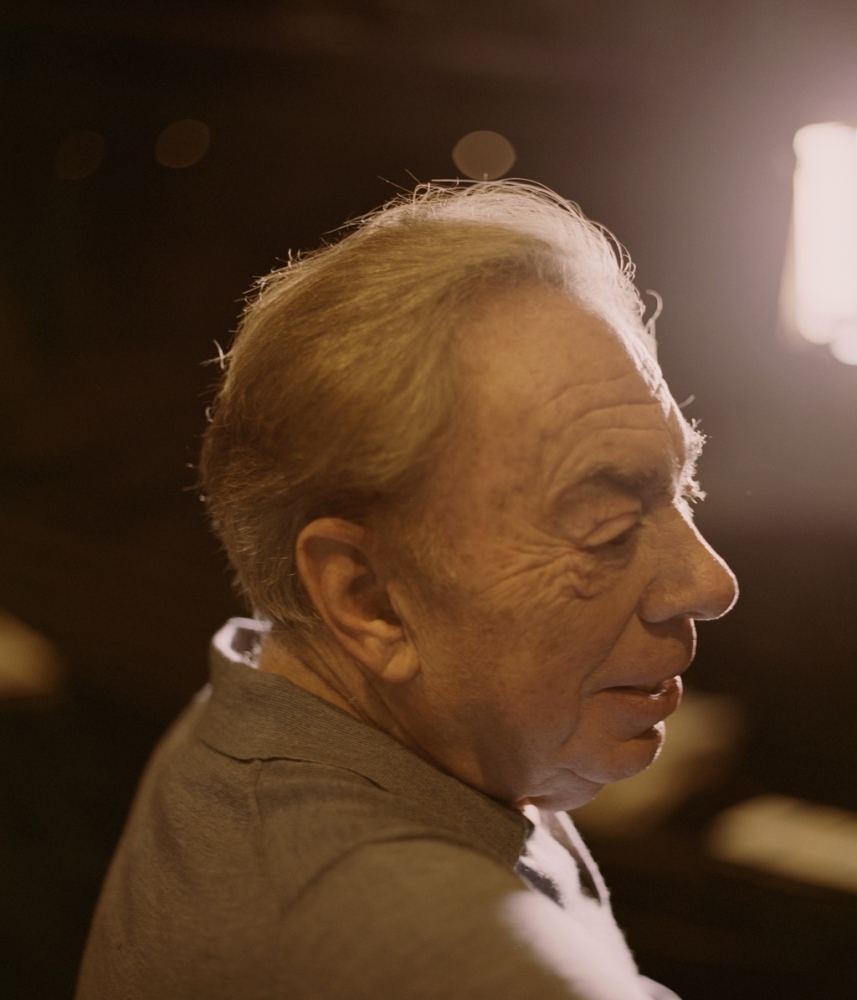 72-year-old Andrew Lloyd Webber has composed of 20 musicals, showing no signs of slowing down. A 21st, a new version of "Cinderella," is being prepped for the West End. MUST CREDIT: Photo for The Washington Post by Tori Ferenc

The advances on the vaccine front further fuel Lloyd Webber's optimism, a fervor you might describe as evan-Jellicle.

"I prefer not to wring my hands and moan," he says. "I think it's much, much better to try and find solutions, and I think we're likely to see things get much better come about April. I'm reckoning for getting into rehearsal with 'Cinderella' in March and opening in May. And I want 'Phantom of the Opera' to open in June here. It would be good to think it could open on Broadway again - and we could get Broadway up earlier than people are saying. There's talk of September, but maybe it can be earlier now that the vaccine exists."

A vaccine, or at least one of them, that the lord of the theater has taken himself. Now, if only they'd let him turn on those South Korean anti-bacterial machines ...