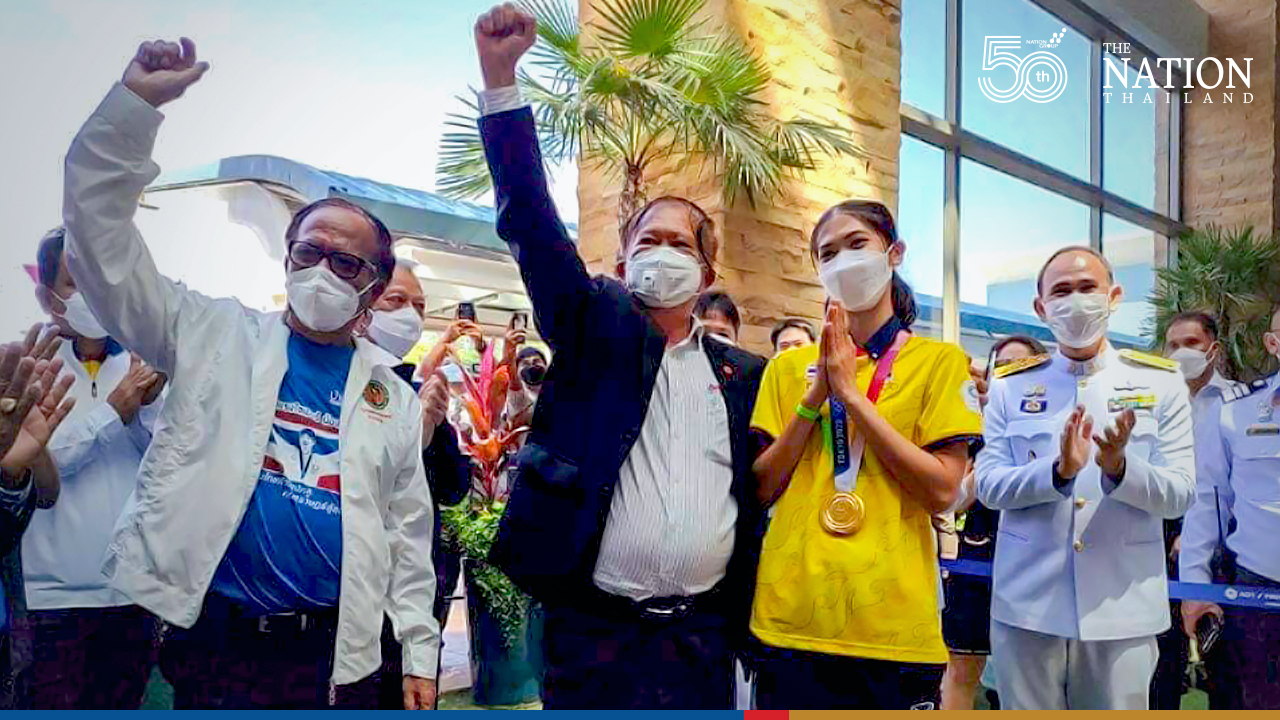 Panipak "Tennis" Wongpattanakit on Monday said her Olympic taekwondo gold medal was for all Thai people.

The taekwondo exponent was speaking after being tested for Covid-19 in Phuket, where she will spend the next 14 days in quarantine after returning from Tokyo.

After the Thai taekwondo team touched down at Phuket International Airport, Panipak knelt in front of her waiting father, Sirichai, and presented him with the gold medal she won on Saturday. In an emotional scene, Sirichai then placed the gold medal back around his daughter’s neck.

"I am very happy to see so many people here to give us a warm welcome back to Thailand," Panipak said.

Asked about what she planned to do next, she was quick to reply:

"What I want to do first is eat seafood, which is a signature of this province."

Laughing with reporters, she added cookies and cakes to her must-have menu – a reward for months of strict dieting in preparation for her Olympic campaign.

Meanwhile the 23-year-old’s hunger for more medals has not been satisfied by winning Thailand’s first Olympic taekwondo gold.

"If I am still healthy, I would like to participate in the next Olympics in France," she said.

She also thanked all Thai people for their support, especially those in her home region of the South – she was born in Surat Thani.

"I am very happy. I have been living in Thailand for 20 years. I always do my best when I lead the team in every competition and I would like to thank everyone for this achievement," he said.

As reward for the Olympic triumph, Choi is expected to receive his longed-for Thai citizenship.

He said he would continue his duties after being granted Thai nationality, adding that he wants to be Thai as soon as possible.

Members of the Thai taekwondo team will spend 14 days at the Novotel Phuket City Phokeethra. After three days in quarantine, the team will help the Tourism and Sports Ministry in promoting the Phuket Sandbox programme.

Panipak has won Thailand’s first gold at the Tokyo 2020 Olympics by defeating Spain’s Adriana Cerezo Iglesias 11-10 in the final of the taekwondo women's 49kg class.

She has already been showered with rewards totalling 19 million baht – 12 million baht from the National Sports Development Fund and 7 million from private agencies.