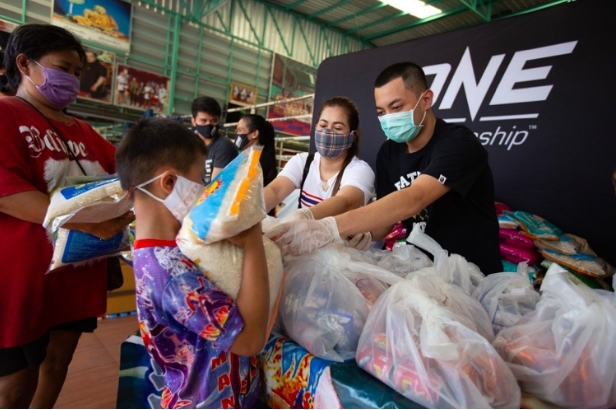 Mixed martial arts has joined the battle against Covid-19 in Bangkok, with the stars of ONE Championship Thailand handing out free food to families in an underprivileged neighbourhood of the city. 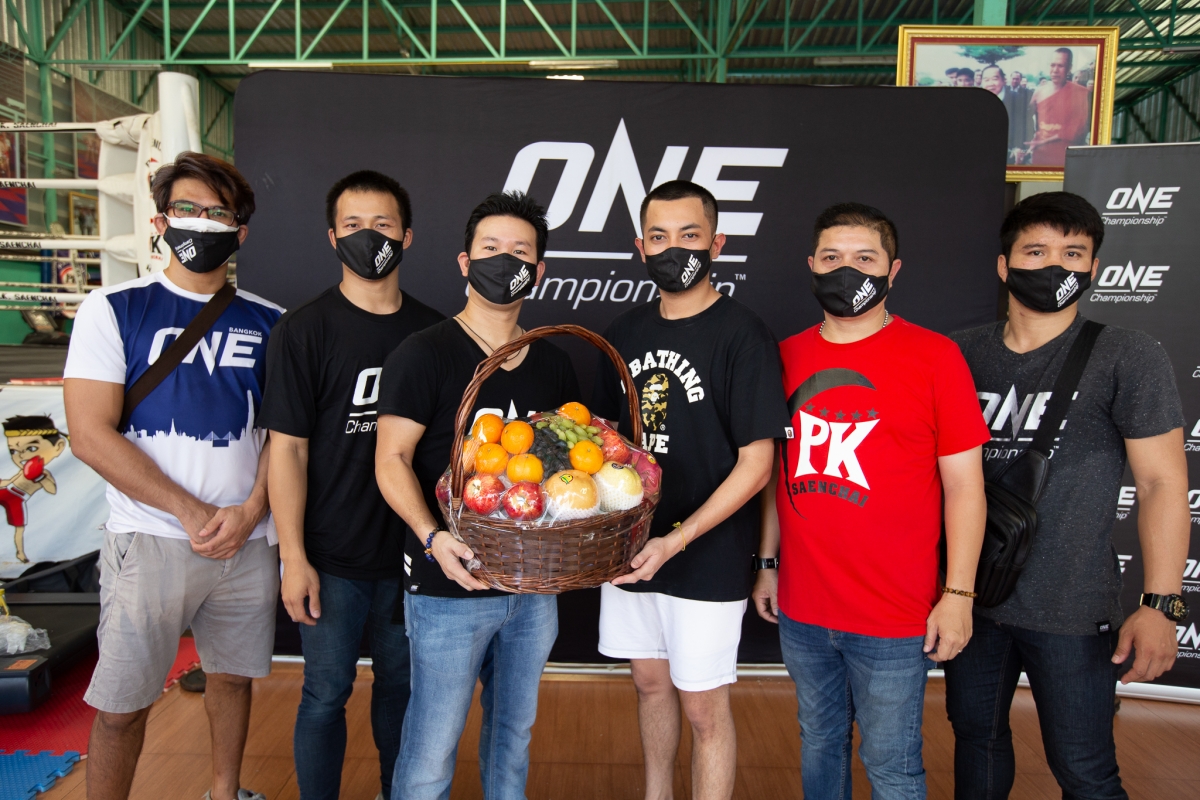 Top fighters PK Saenchaimuaythaigym, Shannon “OneShin” Wiratchai and Petchboonchu FA Group descended on Phai Ngern Temple in Bang Kho Laem district, where they handed food, household goods and financial aid to people from around 800 local households. The fighters train at the neighbourhoods PK Saenchai Muaythai Gym, a joint organiser of the May 10 ONE Care initiative, which was led by ONE Championship Thailand president Jitinat Asdamongkol.

“The ONE Championship is happy to help society in whatever way we can. We are also trying to repair the bad image earned by boxing during the crisis,” said Jitinat, referring to a March boxing event at Lumpini stadium that spawned a cluster of infections.

“Along with Phai Ngern Temple, PK Saenchai Muay Thai gym is at the heart of this community,” said Thoedsak.

“Locals come to meet and talk with boxers during training sessions. They follow the boxers they love, and some send their children to study boxing in the camp.

“If the camp finds out the community is in trouble, we are always ready to reach out to help them.” 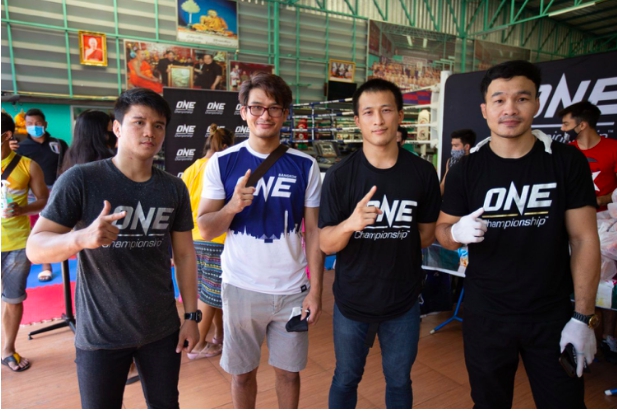 Wiratchai, a Thai mixed martial arts pioneer and ONE Championship featherweight star, was happy to take part in the initiative – especially in a place that’s so close to his heart.

“This is my home community. I was ordained as a monk for the first time at this temple,” he revealed.

Officials at the event also handed out masks and sanitiser to local residents, while temperature-checking stations were operating to limit any potential spread of infection.

After declaring the initiative a success, One Championship said it was just the opening round in its fight to get locals – as well as mixed martial arts – back to full strength after the virus crisis.

“This is just the first step of the project,” Jitinat said. “There are still many initiatives that ONE is currently developing with our partners in order to get the combat sports industry back on its feet again, and also expand the growth of related businesses and the national economy.”