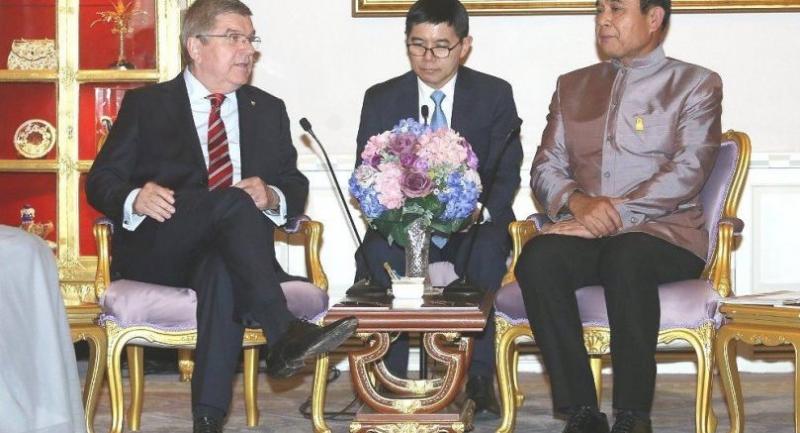 Bach, who is in Bangkok for the SportAccord Summit,  paid a visit to the Thai premier on Tuesday afternoon at the Government House.

PM Prayuth and the IOC chief discussed several issues, Weerachon said. One of the topics was a request by the government leader to add muay Thai into the 33rd edition in Paris in 2022.

According to Sports Authority of Thailand governor Sakon Wannapong, Bach explained to the Thai premier that the Thai martial arts must meet several IOC criteria including its global popularity, development, background and its development among the juniors. Moreover, the sport must be approved by IOC member countries in order to be included in the Games.

There have been long attempts  by the Olympic Committee of Thailand to promote muay Thai and sepak takraw at Olympic level but they have never succeeded as the two disciplines are mostly competed in Asia only.

Weerachon also said the IOC president had been impressed by the country’s proposal to host the 2026 Youth Olympics, the first country to put its hand up.

The PM also informed Bach that his government was trying to make the country become a regional sports hub and at the same time promote sports tourism.