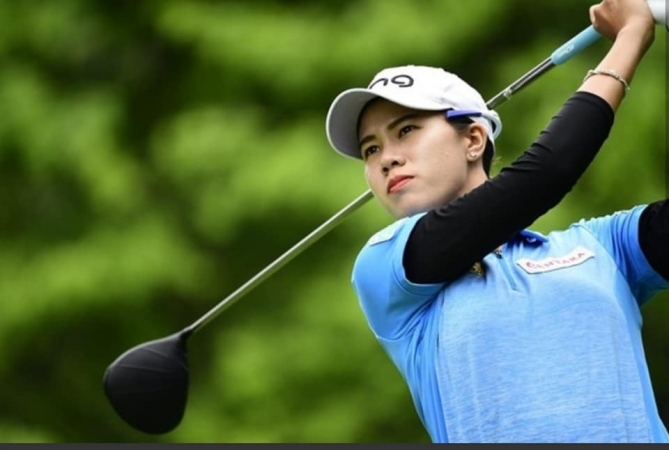 Saranporn Langkulgasettrin has taken just four months to win her first LPGA of Japan Tour title, closing with a sizzling 5-under-par 67 at the Nippon Ham Ladies Classic in Hokkaido.

The 19-year-old from Phuket only joined the Tour as a rookie in March but has quickly become the third Thai to win a Japanese LPGA crown after Ornnarin Satyabanpot and Poranee Chutichai.

She started the final day at the par-72 Katsura Golf Club one stroke behind the leaders and fired 5 birdies to finish on 15 under par and clinch the title by 3 strokes.