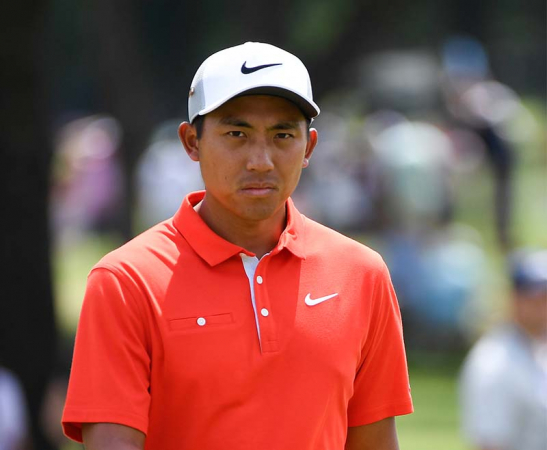 Illinois - Chinese Taipei’s C.T. Pan knows he must play it “smart” if he is  to achieve two major goals at the BMW Championship on Sunday.

A third round 3-under 69 at Medinah Country Club’s Course No. 3 left the 27-year-old Pan in a share of 24th place, three shots outside the projected 12th position needed for him to advance into the PGA TOUR’s FedExCup Playoffs Finale, the TOUR Championship in Atlanta next week.

The good news for Pan is he is still on track to become the first Chinese Taipei golfer to qualify for the International Team at the Presidents Cup against the United States Team in Royal Melbourne Golf Club, Australia in December. Qualifying for the top-8 players ends on Sunday, with Pan sitting right on the bubble.

He left the scorer’s trailer with a tinge of disappointment after letting slip a few birdie chances on a day of low scoring. American Justin Thomas fired a blistering new course record 61 to race into a six-shot lead in the penultimate Playoffs event.

“I left a few opportunities out there. On 17, I had a six-footer for birdie and missed. I hit a lot of good shots and gave myself a lot of opportunities. I just didn’t quite get it done,” said Pan.

He entered the week ranked 37th on the FedExCup points list following a season in which he secured a breakthrough victory at the RBC Heritage in April. However, Pan is hoping to sweeten his season further by making it into the TOUR Championship for the first time, which would present him an opportunity to shoot for the prestigious FedExCup and the US$15 million prize.

Pan conceded he didn’t make the most of ideal scoring conditions. “It’s not windy as the last few days and the greens are soft and it is kind of a birdie-fest. You can go for the pins and the ball will stop. Just have to hit some good putts which I didn’t do,” said Pan, who played in the first two rounds with Tiger Woods.

Halfway leader Hideki Matsuyama of Japan dropped to T9 position after shooting a 73 which included three bogeys against two birdies. He needs to finish 15th or better to make it into his sixth straight TOUR Championship next week.