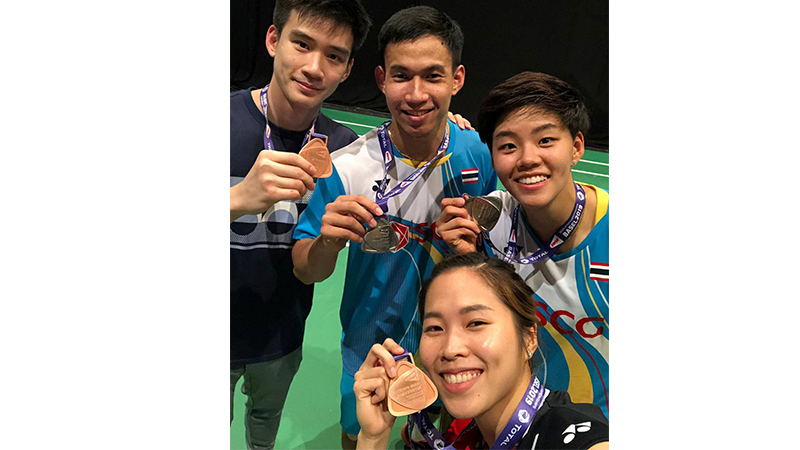 Dechapol Puavaranukroh and Sapsiree Taerattanachai had to settle for silver medals after they were outplayed by world No 1 Zheng Si Wei and Huang Ya Qiong of China in the mixed doubles final of the TOTAL BWF World Championships in Basel on Sunday. 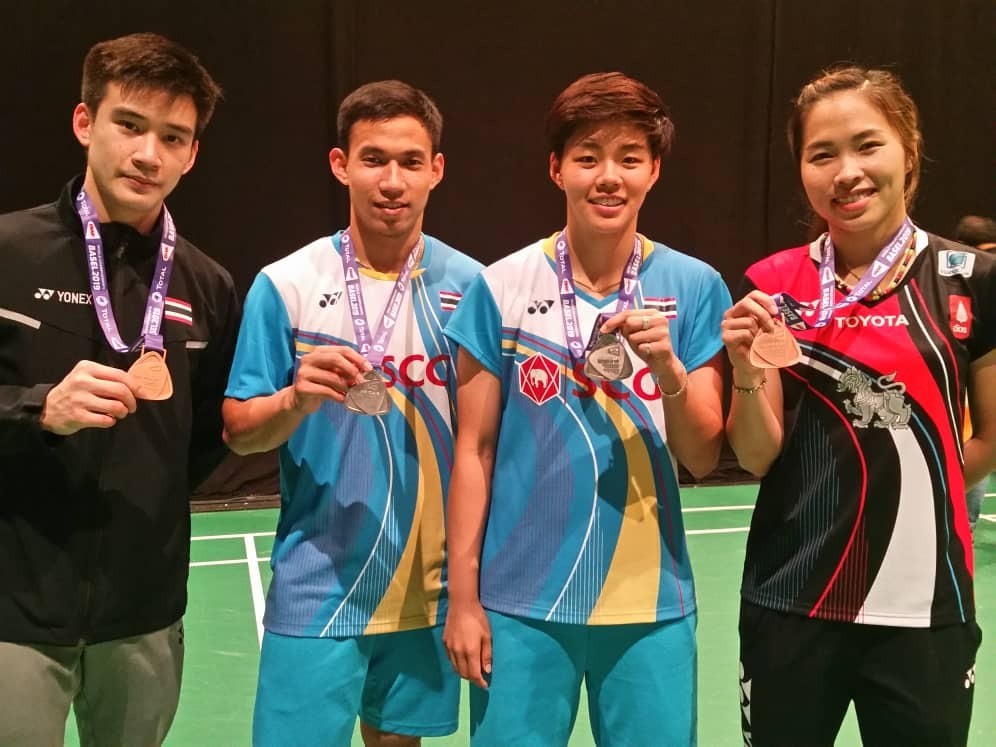 The Thai pair proved no match to the superior teamwork and fast game of the Chinese duo who successfully defended their title following a 21-8 21-12 win.

Despite the loss, Dechapol and Sapsiree still made a history as the first Thai mixed doubles team to reach the final in the tournament.

Thailand, for the first time, had medallists in three categories in the same year. Former champion Ratchanok Intanon and Kantaphon Wangcharoen won the bronze medals in the women’s and men’s singles respectively by reaching the semi-finals.