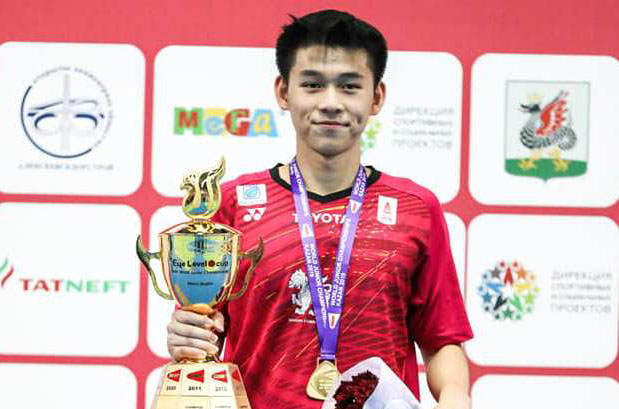 The 18-year-old from Bangkok relied on his superior all round game to tame Christo Popov of France 21-8 21-11 in just 36 minutes for his third straight crown which marked him as the first ever boy to achieve so.

She also matched the record of former world No 1 Ratchanok Intanon who also won three World Junior titles in the girls’ singles category between 2009-2010.

“I’m very honoured to match Ratchanok’s record in the juniors, but she is able to do well at the senior level too,” said the Thai teenager who is known for his determination and self-discipline.

“This is my last year in the juniors and there was a lot of pressure on me. I had some good phases in the match and some not-so-good ones, but I was able to control it overall. I just followed my own style. This is another step up for me,” added Kunlavut.

Thailand also had another medallist in the girls’ singles event. Top seed Phittayaporn Chaiwan lost to Riko Gunji if Japan 16-21 19-21 in the Saturday’s semi-finals which earned her a bronze medal for the second year.