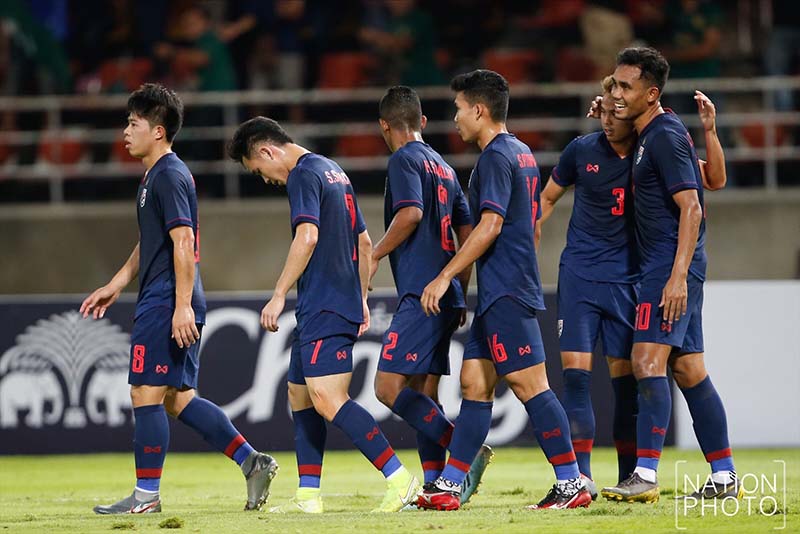 The home team despite the absences of several key players including Chanatip Songkrasin produced one of their best forms of the season to stun the 66th ranked team following two goals from Teerasil Dangda in the 26th minute and by 18-year-old Ekanit Panya in the 51st minute. Ali Mabkhout scored the only goal for the Middle Eastern side just a minute before halftime.

With the win, Thailand dominate the group with seven points from three games with better goal difference 4-3 against  Vietnam who came at second despite earning seven points. Vietnam also scored a win on Tuesday, a 3-1 victory against Indonesia.

A delighted Akira Nishino, the national coach, said: "We won because they players worked hard and ran a lot during the game. We were more aggressive than UAE. After a few months, we've become more familiar and get used to each other better. (About the next game against Malaysia in November) Let us take a break first and I will tell you about that. I don't want to look too far ahead as we still have to make an appropriate training programme to suit the players."

Thailand will next visit Malaysia on November 14 while UAE will visit Vietnam on the same day.