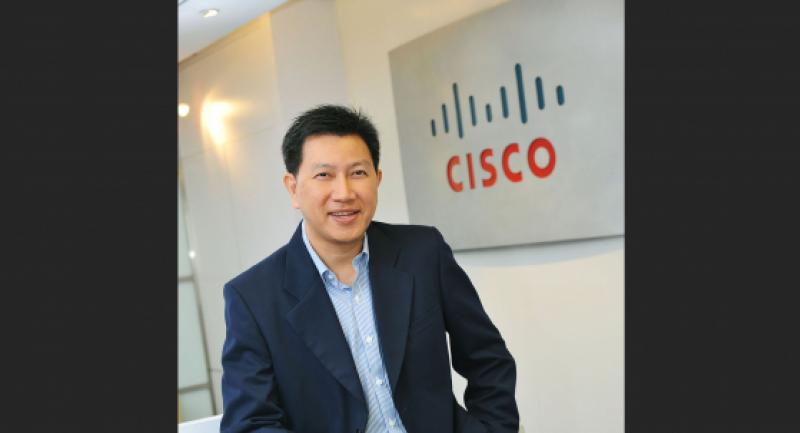 Cybersecurity will be vital to the success of Thailand 4.0

Thailand has pledged to embrace digital transformation and leverage technology to advance into a next-generation economic powerhouse. The nation’s digitisation journey starts with the “Thailand 4.0” economic model which focuses on technological innovation and digital development to improve the quality of life, productivity and efficiency.

The government aims to develop a high value-added economy by changing Thailand’s traditional farming to smart farming, traditional SMEs to smart enterprises and traditional services to high-value services. It will tap digital technologies, including the Internet of Things (IoT), cloud, big data and analytics, to nurture smart, secure and connected communities which are innovative, forward-thinking and well-equipped to stay at the forefront of the competition.
At the heart of Thailand’s digitisation trend lie consumers and their increasingly digital lifestyles. The Electronic Transactions Development Agency (ETDA) revealed that Thais spent more time on the Internet – 6.2 hours a day – and that smartphone usage in Thailand has increased significantly to 85.5 per cent. As organisations continue to roll out new business models to cater to Thais’ growing appetite for digital content, products and services, security has been identified as the foundation for innovation and growth. Many new technology services and business models are built on trust, and their adoption rate is only sustainable if consumers have confidence in the organization’s capabilities to safeguard personal and financial data.

Growth of sophisticated cyberattacks
Organisations without effective security strategies are likely to adopt digital capabilities slower and realise fewer benefits. ETDA revealed that Thailand was targeted by more than 4,300 cyber attacks last year, up from 3,000 in 2014, while MasterCard flagged payment security as a concern for most online consumers and cited it as the reason behind lower online shopping figures in Thailand. More than half the Thai population does not shop online. In early August, a bank in Thailand shut down half of its ATM machines nationwide after hackers breached its servers and compromised Bt12 million. The cybercriminals had infected ATM machines with a malware designed to instruct them to dispense cash on demand.
Ransomware has now become the most profitable malware type in history.  It is time for companies to identify an effective security strategy to support their transformation objectives. The Cisco 2016 Midyear Cybersecurity Report found that organisations are unprepared for future strains of more sophisticated ransomware. Fragile infrastructure, poor network hygiene and slow detection rates provide plenty of time and opportunities for attackers to infiltrate. The struggle to restrain the operational space of attackers is the “biggest challenge” facing businesses and threatens the underlying foundation required for digital transformation.

Making the move to smarter security
To protect their business environments, organisations can take simple yet significant steps to enhance their security operations such as monitoring the network; deploying patches and upgrades on time; segmenting the network; and implementing defences at the edge, including email and web security.
Using next-generation firewalls and IPS, then integrating defences by leveraging an architectural approach to security rather than deploying niche products and measure time to detection and insisting on fastest time available to uncover threats then mitigating against them immediately will help.
Businesses can also make metrics part of organisational security policy by protecting users everywhere they are and where they work, not just the systems they interact with and when they are on the corporate network. Finally, back up critical data and routinely test their effectiveness while confirming that back-ups are not susceptible to attacks.
In 2015, a cybersecurity survey conducted by ETDA found that 87 per cent of companies said they had experienced both data and monetary loss from cyberattacks. Undoubtedly, cyberattacks can be debilitating to businesses, regardless of size or industry, and can cause tremendous amount of stress and cost to consumers.
To achieve Thailand 4.0, security has been identified as a critical foundation and needs to become a priority for decision-makers. To close the attackers’ opportunity, organisations must have a multi-layered approach to security and build cybersecurity into their digital transformation process as a foundational element, rather than trying to “bolt it on” as an afterthought.

Vatsun Thirapatarapong, managing director for Cisco in Thailand and Indochina