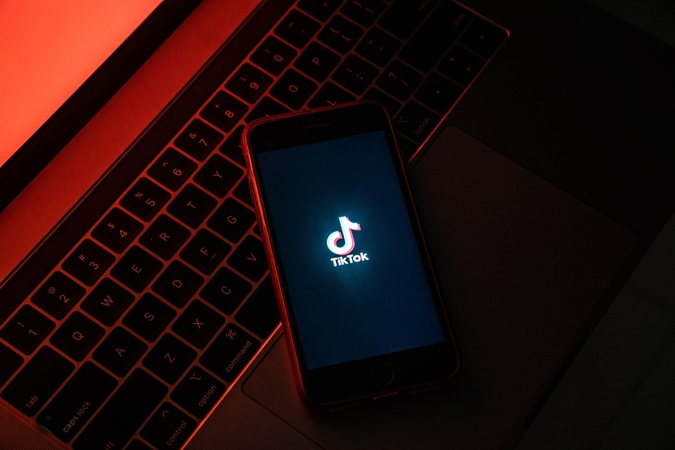 The Trump administration's proposed ban against video app TikTok may "likely exceed" the bounds of the law, a judge wrote while granting TikTok a reprieve from being removed from U.S. app stores.

Judge Carl Nichols wrote in a decision unsealed Monday morning that the law President Donald Trump cited while issuing an executive order banning TikTok does not allow certain personal communications or the exporting or importing of informational material to be prohibited - and the ban would prevent people from sending messages and information through the app.

"It is undisputed that the Secretary's prohibitions will have the effect of preventing Americans from sharing personal communications on TikTok," wrote Nichols, a federal judge in Washington who was appointed by Trump last year.

Nichols granted TikTok a preliminary injunction Sunday night, just hours before the app was set to be taken out of app stores in the country by executive order. Trump signed an executive order in August that would have banned TikTok starting Sept. 20, citing national security concerns.

It was the second blow for Trump in his effort to shut down two Chinese communication apps, TikTok and WeChat. WeChat, an app used to send messages and make payments, was also given a reprieve from the ban by a separate judge last week.

TikTok first received a one-week extension from the government when Trump seemingly gave his blessing to a proposed deal that would partner TikTok with American database company Oracle. Then, TikTok got another break from the judge, and it is still available on app stores in the United States.

Nichols's ruling does not affect the second order Trump signed that requires ByteDance to divest from TikTok in the United States, said Robert Chesney, an associate dean at the University of Texas School of Law. That order has a Nov. 12 deadline.

TikTok has been working with the government to get a deal approved that would create a new entity, TikTok Global, that includes investment from Oracle and Walmart. The app is hoping that will satisfy regulators' national security concerns by separating it a bit from its Chinese parent company, ByteDance.

Trump and some lawmakers have said that TikTok is a security threat because it collects information on Americans, which could then be accessible by Beijing. TikTok insists that it keeps U.S. customer information stored outside of China.

Even as TikTok pursues a deal with Oracle, it is continuing with a lawsuit against the Trump administration, asserting that the executive order is unnecessary and unfair.

Nichols said it was clear from the government's argument that China presents "a significant national security threat," but he said the evidence that TikTok is a threat, and whether a ban is the only way to deal with that, "remains less substantial."

The ruling compares TikTok to a news wire service, and said people use TikTok to share not only news but also art and photographs - all items whose sharing is prevented from being prohibited by limitations laid out in the act, which were added by Congress.

Chesney said he thinks Nichols's ruling glossed over some of the nuances of the law, and he isn't sure it will hold up. TikTok is not used for messaging primarily, he pointed out, and another court might reasonably disagree that the order conflicts with the International Emergency Economic Powers Act.

"At a minimum, I think it's way harder than he's let on," Chesney said, pointing out that people have others means of communicating with foreign countries outside of TikTok.

The judge didn't specifically address First Amendment issues in the ruling, said Kurt Opsahl, deputy director of the Electronic Frontier Foundation. Instead, he focused on the Emergency Economic Powers Act in a "pretty narrow ruling."

First Amendment issues are implicit in the ruling, according to Hina Shamsi, director of the national security project at the ACLU.

"Congress put in those limitations and intended to protect First Amendment interests, which is what this order does," she said.