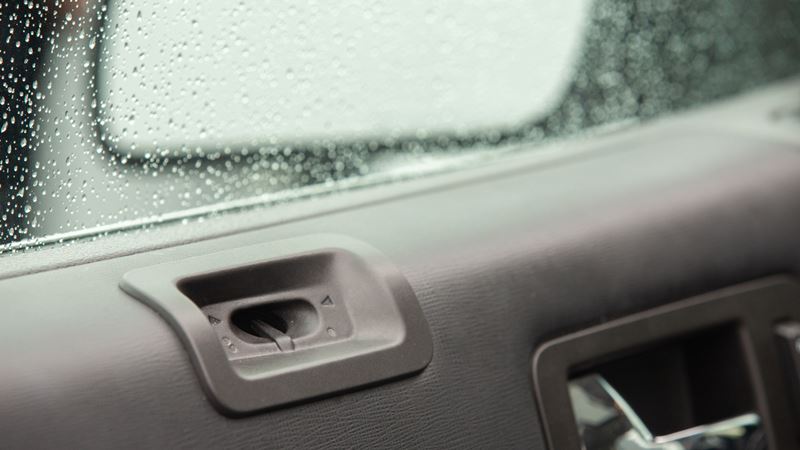 A renewed push: Technology on all new vehicles to prevent drunken driving

Technology that could reduce drunken driving has evolved faster than the willingness among political and auto industry leaders to put it to use, safety advocates say. But that could be changing.

On Wednesday, the Automotive Coalition for Traffic Safety announced that its breath-analyzing interlock, which can detect impaired drivers, will be available for use in commercial vehicles for the first time later this year. A consumer version could be ready by 2024.

The device is among several anti-DUI technologies that could be used to prevent drunken driving and has so far attracted the most attention. For more than a decade, the federal government and the auto industry have been working to develop the device as part of a Driver Alcohol Detection System for Safety, or DADSS, that can passively detect whether a driver is intoxicated and prevent the vehicle from starting.

But with a new administration in the White House, a new Congress and advances in the technology, momentum appears to be building for new federal auto safety standards that would go beyond DADSS to reduce alcohol-related crashes and save an estimated 9,400 lives.

Mothers Against Drunk Driving (MADD) is pressing the auto industry to take advantage of existing technology, such as driver-monitoring and driver-assist lane controls, to reduce drunken driving now, rather than wait for DADSS or fully autonomous vehicles to hit the market.

While some automakers, such as Volvo, have integrated driver-monitoring cameras and sensors into their safety systems, advocates expressed frustration that the rest of the industry has been slow to do the same.

"We are mad that the automakers are ignoring the potential technologies they have to prevent drunken driving," said Ken Snyder, whose daughter, Katie Snyder Evans, was killed by a drunk driver in October 2017 in California. He said there are 241 technologies available to combat drunken driving, with some requiring little more than rejiggering the computer code in driver-assist technology. "I can't sit still until this done because I don't want other families to go through the hell we've been through," Snyder said.

Bipartisan legislation - the Reduce Impaired Driving for Everyone (Ride) Act in the Senate and a similar bill in the House - would require the National Highway Traffic Safety Administration (NHTSA) to formulate rules and standards on implementing anti-DUI technology. Backers include Rep. Debbie Dingell and Sen. Gary Peters, both Democrats from Michigan. Several Republicans, including Sen. Rick Scott of Florida and Rep. David McKinley of West Virginia, have also signed on.

The auto industry opposes such mandates. Industry officials warn that existing driver-assist and driver-monitoring technology is not yet up to the task of intervening against a drunk driver, and that ineffective or unreliable measures could backfire. What would happen, they ask, if technology designed to monitor driver behavior inaccurately determined that a driver was impaired and disabled the vehicle or forced the vehicle off the road?

"While these systems may help identify many of the effects of alcohol and drug impairment, we are unaware of existing research demonstrating the robust effectiveness of these systems in detecting alcohol impairment," Scott Schmidt, vice president for safety policy at the Alliance for Automotive Innovation, said in comments submitted to NHTSA in January.

At best, Schmidt said, the current driver-assist technology can only infer that a person is impaired, unlike DADSS, which is intended to make reliable and accurate readings of a driver before the car gets on the road. He said it's also possible that current technology might fail to intervene with a "high functioning" driver who is relatively able to operate the vehicle while under the influence.

"As a result, we believe that DADSS research should be supported and completed as an agency priority," Schmidt wrote.

NHTSA also supports further research and development of DADSS, an ignition interlock device that would prevent the vehicle from starting if it determines that the driver has a blood alcohol level above a certain threshold. Such breathalyzer-like devices have become widespread over the past three decades as states implemented various programs to stop recidivism among drivers who were charged with or convicted of a DUI.

Unlike existing interlocks, however, DADSS technology is intended to become standard equipment in all automobiles and require no effort from the driver to take a reading. The driver would not be required to blow into a tube, for example. Instead, DADSS would analyze the driver's ambient breath. The nonprofit is also developing a touch-based sensor similar to thermometers and blood-oxygen gauges applied to a finger tip.

Robert Strassburger, president of Automotive Coalition for Traffic Safety, said the pandemic had set back development of DADSS by at least a year because of limits on research involving human subjects and disruptions to the supply chain for electronic components. He said the coalition is ahead of the usual 20-year timeline for research and development of a major traffic safety component with its breath-analyzing interlock.

"We still need to make the sensor more sensitive to alcohol and further shrink its size so it's more easily integrated into cars," Strassburger said. He said the touch-based technology is expected to reach commercial fleets by 2023, followed by a consumer version two years later.

NHTSA has contributed $55 million to developing DADSS, matched by $16 million from the auto industry, an agency spokeswoman said. The federal agency is also exploring other possible technologies to reduce drunken driving, having issued a "request for information" to manufacturers and researchers in November. A report on the findings is expected later this year.

Joan Claybrook, a former president of Public Citizen who headed NHTSA during the Carter administration, likened the push for anti-DUI technology to the resistance to installing air bags in vehicles.

"Fifty thousand lives have been saved by air bags and the auto industry fought it like mad, even though they invented it," Claybrook said.

At a Senate subcommittee hearing in April, Sen. Ben Ray Luján, D-N.M., a Ride Act co-sponsor and victim of a drunk driver, expressed urgency as he questioned John Bozzella, president of Alliance for Automotive Innovation.

"Mr. Bozzella, have you ever been hit by a drunk driver?" Luján asked.

"No, I have not," Bozzella answered.

"I have," Luján said. "I got hit head-on by a drunk driver 29 years ago. And there were many nights that I'd be driving home after that accident, or driving anywhere, and all I would see were headlights coming at me, and it scared me to death."

Luján, in an interview last week, said he still recalls the feeling of shock and disorientation he felt moments after the crash. He also recalled seeing an empty child carrier in the other car and fearing that perhaps a child had been flung from the wreckage. It turned out that the other car's only occupant was the drunk driver, and both he and Luján emerged from the crash relatively uninjured.

"The point of this, I'm here to tell the story, [but] there are so many people who died," Luján said. "There's no good reason why auto manufacturers are not required to include technology in their vehicles which is readily available to prevent drunken driving crashes from happening."