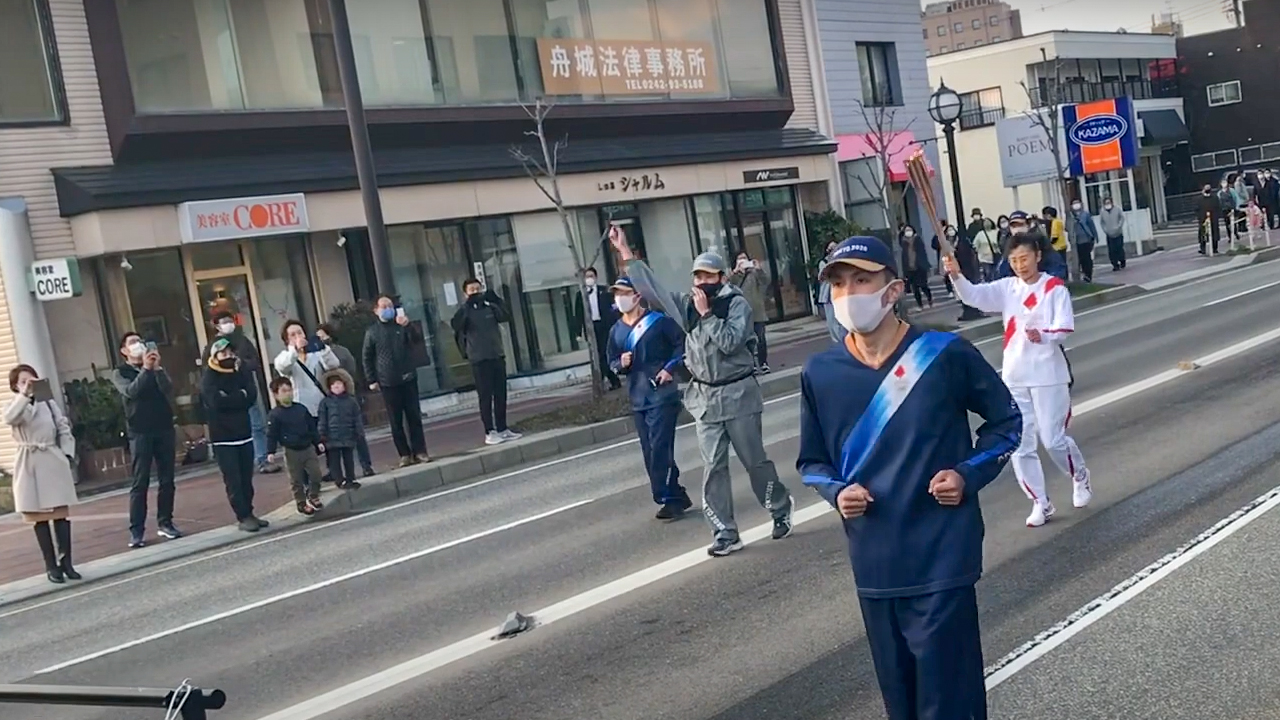 Tokyo to cancel Olympic torch relay on all public roads

The Tokyo metropolitan government has decided to cancel the torch relay for the Tokyo Olympic and Paralympic Games along public roads except for those on islands, including the Ogasawara Islands, according to sources.

As an alternative measure, a ceremony called a "torch kiss" will be held with no spectators, in which torchbearers pass on the flame one by one.

The torch relay was scheduled to take place in 62 municipalities in Tokyo for 15 days from Friday with more than 1,000 runners participating.

The metropolitan government had already decided on June 29 to cancel the relay through July 16 along public roads in the Tama area and Setagaya Ward, because the number of new novel coronavirus cases began to show signs of a resurgence.

According to the sources, because there is no prospect for the COVID-19 crisis to be brought under control anytime soon and the central government is considering extending emergency-level priority measures against the coronavirus, the metropolitan government will cancel the relay along public roads scheduled to be held from July 9 to 23.

After confirming the intentions of municipal governments, a final decision will be made soon by the relay's executive committee.

On Friday, the day the torch will arrive in Tokyo, a ceremony will be held at Komazawa Olympic Park in Setagaya Ward with no spectators.

Although the relay will not be held along public roads, ceremonies will be held at different venues on each day of the 15-day period, with runners who wish to participate in attendance.