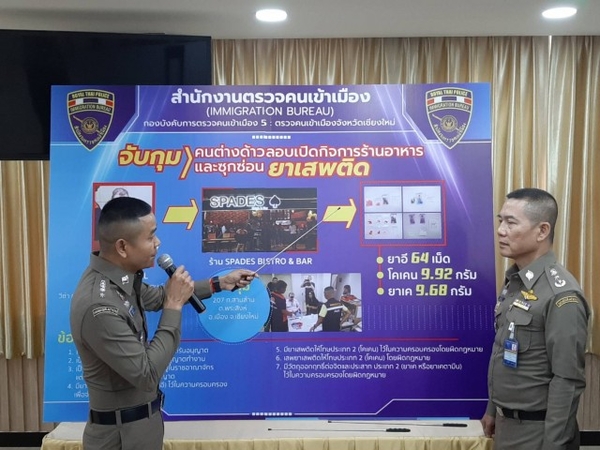 Immigration Police chief Lt-General Sompong Chingduang on Tuesday announced the arrest of Michael Garnet Eden Holt, 55, a New Zealand national, on charges of opening a restaurant and bar without a licence, working without a work permit, and allegedly possessing narcotic substances.

Sompong said local police were called to inspect the bar “allegedly owned by an illegal alien”.

“We questioned Holt and found that he entered Thailand on July 11 on a retirement visa. He is listed as a shareholder of the company which opened this bar, but has no licence under his name,” Sompong said.

While searching the second floor of the bar, police said they found drugs including 64 ecstasy pills, 9 grammes of cocaine and another 9 grammes of ketamine, which Holt allegedly admitted buying from a foreign dealer for Bt45,000. An initial urine test also revealed that Holt had narcotics in his system, according to police.